Conventional medical wisdom has long held that the safest approach to treating severe infections involves combining antibiotics that work in different ways in order to “hit early and hit hard.”1 The idea is that attacking with antibiotics that employ different mechanisms of action, bacteria resistant to one drug would likely succumb to the other. Thus multiple antibiotics are thought to work “synergistically” to overcome the problem of bacterial resistance. A new study suggests otherwise.

To test the effectiveness of combination antibiotics, Robert Beardmore’s team at the UK’s University of Exeter subjected various strains of Escherichia coli to varying amounts of two antibiotics, doxycycline and erythromycin. While the combination resulted in a dramatic 90-95% drop in bacterial growth the first day, bacterial growth rebounded and skyrocketed as much as 500% by the next day.

Presumably, by killing off competing bacteria very efficiently, bacteria possessing the genetic ability to resist grew in abundance. To determine how this happened, the team sequenced the genomes of the highly resistant, luxuriantly growing bacteria. They found that the original resistant bacteria had amplified the genetic region that provided the information coding for several resistance mechanisms. (In this case, one of those mechanisms included an “efflux pump” that pumps the antibiotic back out of the bacteria.) This occurred through duplication of existing genes. 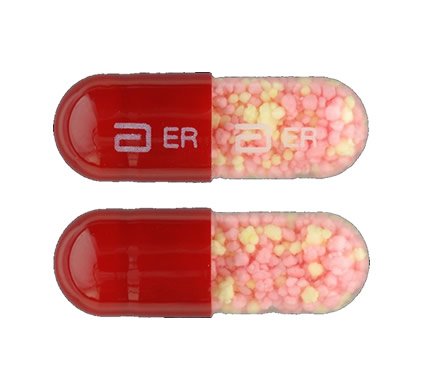 Eurythromicin. Image by National Institutes of Health, via Wikimedia Commons. 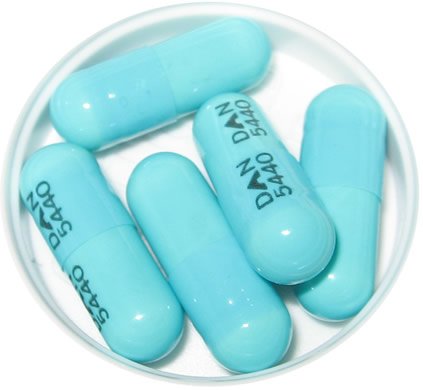 Erythromycin and doxycycline, two common antibiotics, were used in combination to attack E. coli bacteria growing in test tubes. But the combination backfired, and after initially wiping out most of the bacteria, the most resistant bacteria—no longer faced with competition for resources—multiplied at an astounding rate.

Of course these controlled experiments took place in test tubes, not in living animals or people, in which other variables such as natural immunity would complicate matters. Also, only E. coli bacteria were tested, and other pathogens may behave differently. Therefore, the researchers advise caution is extrapolating their findings to clinical situations until much more research is done. Nevertheless, the principles demonstrated here could have profound implications for the way we treat infection and merit controlled studies in vivo to determine whether seven decades of conventional wisdom needs to be re-thought.

Beardman indicates that the combination antibiotics sped up bacterial evolution. “You want to slow down evolution,” he explains. “[Bacterial evolution] can happen fast and it can kill you.” But is that really true? Did any molecules-to-man evolution actually happen here? Antibiotic resistance is the oft-cited example of evolution in action, but in reality no evolution took place. None. Not only did the E. coli bacteria remain E. coli bacteria, but the original resistant E. coli already possessed the genetic information to resist the antibiotics. Random duplication of bits of genetic information is quite common in microbes. And those bacteria expressing more of the resistance genes in this case were best able to survive and reproduce, producing a “super-resistant” bacterial population. But no new genetic information was required, just more of the information already present.

Finally, once competing bacteria got killed off, the hardy resistors multiplied robustly. This is natural selection in action. And, in truth, competition between microbes is a vital principle among microbes and a mechanism by which we stay healthy—in that “good” non-pathogenic bacteria in our intestines ordinarily keep the “bad” pathogenic bacterial populations there in check through competition for resources. But natural selection is not the same thing as evolution. In none of this scenario did any new genetic information get produced.

For more information about the evolution of novel genes:

For more information about antibiotic resistance:

This information is intended for general education purposes only and is not intended as professional medical advice. The information should not be relied upon as a substitute for medical advice from your doctor or other healthcare professional. If you have specific questions about any medical condition, diagnosis, or treatment, you should consult your doctor or other healthcare provider.