In drought-plagued California, teams of engineers are restoring wetlands and replenishing depleted aquifers, and they’re doing it dirt cheap. In fact, they’re not interested in money at all. They just want a nice place on the water, and they’re willing to build it themselves. Along the way, they transform the parched landscape into a lakeside resort. Meet the North American beaver, a truly extraordinary animal engineer.

Designed for a Double Life

God designed beavers beautifully for a double life. They live on the water but get their food and building supplies on land. Beavers eat several different plants, especially trees, and they can identify plant species by smell alone. Aspen is their absolute favorite, but they also like cottonwoods and willows.

Aided by powerful muscles around a massive skull with strong, self-sharpening teeth, beavers can take down a 6-inch-diameter tree in minutes. Their front paws are like hands, which can grasp and manipulate the branches they cut. Then they carry them back to the water by walking on their hind legs while balancing with their tails.

The beaver creates his aquatic abode by constructing a barrier out of tree branches, mud, and stones to dam a stream. The resulting pond helps protect the beaver from predators and gives him a safe place to build a lodge and store his winter food. Because beavers change the whole structure of the surrounding community, they have been dubbed a keystone species in each new area where they work.

Once he has formed his pond, the beaver readily transitions to an aquatic lifestyle. Transferring his prized aspen branches from his front paws to his front teeth, he swims to his pantry with his nose and eyes above water. He paddles with his webbed hind feet and steers with his tail.

Swimming with branches in his mouth sounds like a recipe for drowning. But God designed the beaver for this task. The pudgy guy has fur-lined lips that close behind the teeth so no water gets down his throat. This little rear lip also allows him to gnaw underwater. But that’s not all. Valves in his nostrils and ears close to prevent waterlogging, and transparent goggles protect his eyes. And his fur, with thousands of hairs per square inch, keeps him toasty warm and acts as both a raincoat and life jacket, trapping air next to his skin to keep him dry and buoyant. 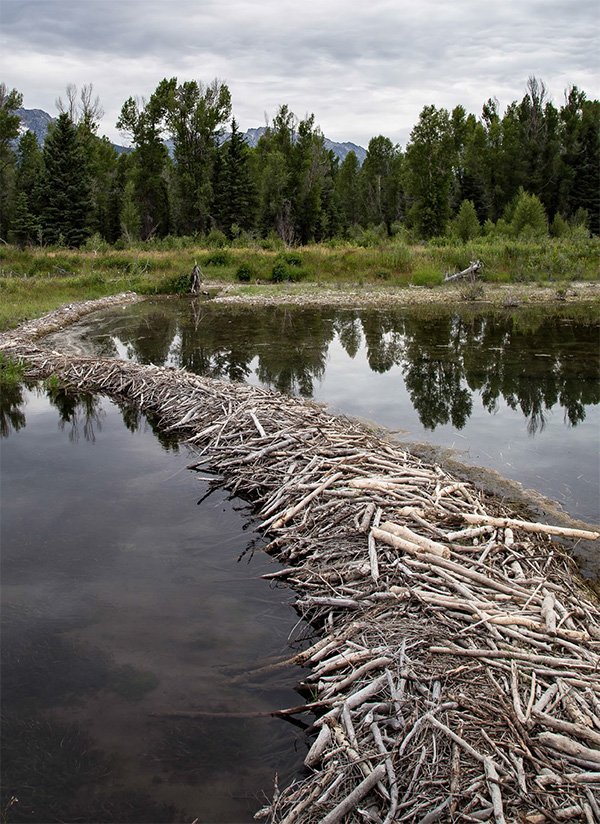 Beaver dams store water and slow runoff, changing the whole structure of the surrounding community and even turning parched areas into wetlands.

Beavers thrive in very cold North American waters. Winters can be well below zero with snow several feet deep on top of thick pond ice. For security, beavers build a lodge out in the pond that can be entered only from underwater. But that means when the pond freezes over, they could be trapped under the snow and ice for months. How do they survive? First, their Creator gave them the wisdom to put the entrance at least a couple of feet (1 m) below the surface so ice doesn’t block it.

Second, remember those delicious aspen branches the beaver stashed underwater near the lodge entrance? The beaver family will enjoy them during their icy incarceration.

To get to their underwater pantry, they must swim in that freezing water throughout the winter. Their body fat and fur enable them to stay in this water for several minutes, but their Creator also gave them an ingenious heat-saving design called countercurrent heat exchange. Arteries carrying warm blood from the heart intertwine with veins traveling from the legs and tail and transfer heat to them. By the time cold blood reaches the heart it is warmed, so internal organs aren’t stressed by chilled blood. At the same time, the warm blood traveling to the tail is cooled so less heat is lost to the surrounding water. The less heat the beaver loses, the less fuel it must burn.

With a few exceptions, their presence can benefit everyone. When beavers construct dams on streams, the water spreads out and creates a new wetland habitat for many creatures. Biologists are learning how to incorporate beavers’ abilities into important environmental stewardship projects, such as California’s recent experiments to alleviate drought conditions. That’s a great way for us to obey God’s command, originally given to Adam, to be good stewards of the earth.

God’s invisible attributes can be seen in the visible creation (Romans 1:20), and we can glorify Him by recognizing those attributes in His creatures as we care for His planet. The water engineer of North America beautifully displays God’s attributes of wisdom, intelligence, and provision. 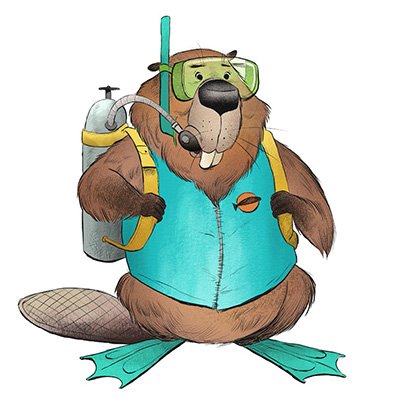 A beaver can stay underwater for up to 15 minutes.

Beavers forcefully slap the water with their tails to warn other beavers that a predator is approaching.

The world’s longest beaver dam is a whopping 2,799 feet (850 m) long and is found in Wood Buffalo National Park in Alberta, Canada.

During the winter, cameras placed in beaver lodges to study beaver behavior have surprisingly found other animals, like muskrats, sharing the lodge with them. 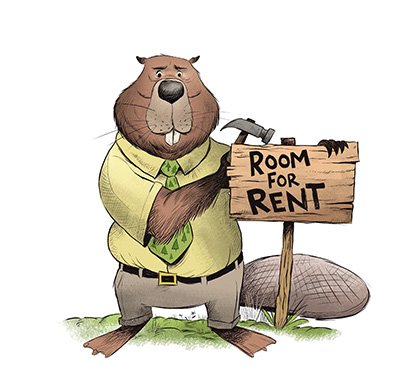 Tom Hennigan is associate professor of biology at Truett-McConnell University, where he teaches organism biology and ecology. He is coauthor of the newest edition of the Wonders of Creation series, The Ecology Book.
Next Article In Living Color Experiment

The greatest archaeological mystery of our time may have answers from an unexpected source . . . volcanic rocks.