Does the Bible Forbid Animal Hybridization?

Why do the Levitical laws condemn crossbreeding?

Some people have claimed that the Bible condemns hybridization, presumably thinking of Leviticus 19:19—“You shall keep my statutes. You shall not let your cattle breed with a different kind. You shall not sow your field with two kinds of seed, nor shall you wear a garment of cloth made of two kinds of material.” However, note that the Hebrew word here for “kinds” (kil’ayîm) is not the same as that used in Genesis 1 for a created “kind” (mîn). Instructing the Israelites to refrain from breeding these varieties implies that it was possible to breed them. 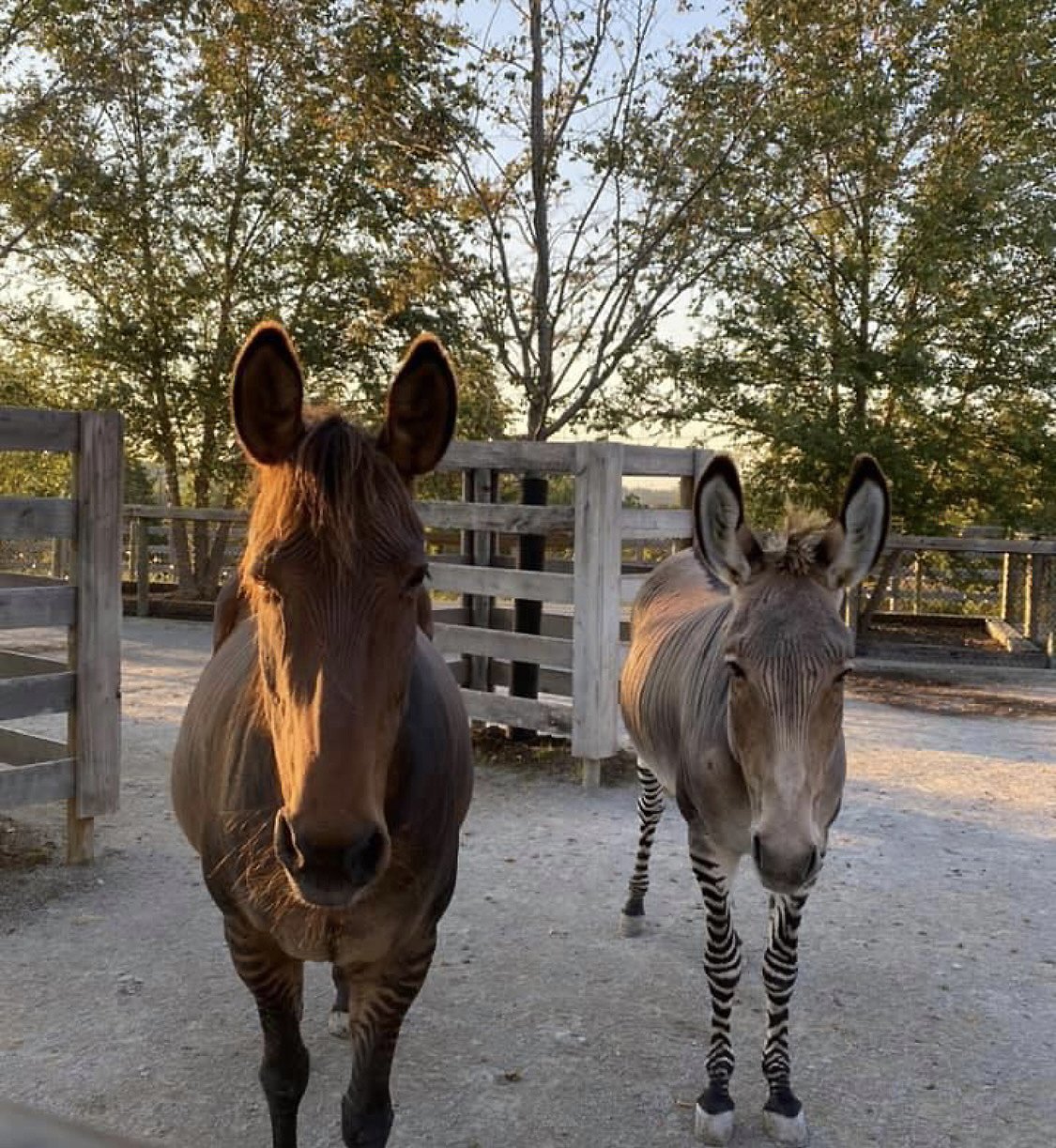 At the Ark Encounter, you can see a zorse and zonkey.

Probably the most common hybrid is the mule, a cross between a male donkey and a female horse (the opposite is a hinny). Mules have been purposefully bred by people since at least 1000 BC. Since they are usually (but not always) sterile, there is a common belief that all hybrids are sterile and therefore inferior to “pure” species. But that is not the case—oftentimes, the hybrid offspring are fertile and may even be healthier than their parent species. Humans have crossed many species throughout history, but they are always species within the same created kind. For example, American bison and domestic cattle (bovine kind) are crossed to create “beefalo,” alpacas and llamas (camelid kind) are crossed to create “huarizos,” and domestic cats are crossed with servals (cat kind) to create “Savannah cats.”

Sometimes, animals unintentionally hybridize under human care. In 1978, at Chester Zoo in England, a hybrid between an African and Asian elephant was born. In 1985, a wholphin was born at Sea Life Park in Hawaii—a cross between a false killer whale and a bottlenose dolphin. In 2012, a bongo crossed with a sitatunga at Fasano Safari Park in Italy.

However, animal hybrids also occur all throughout nature without any influence from humans. Coyotes breed with wolves to create “coywolves.” Grizzly bears breed with polar bears to create “grolar” or “pizzly” bears. Narwhals breed with belugas to create “narlugas.” Interestingly, in 2014, it was discovered that the Clymene dolphin species was actually a hybrid between spinner and striped dolphins!

Hybrids aren’t limited to mammals either. Domestic geese mate with wild swans, American crocodiles breed with Cuban crocodiles, barred tiger salamanders hybridize with California tiger salamanders, Australian blacktip sharks cross with common blacktip sharks—the list goes on and on. In fact, Africanized honeybees, often called “killer bees” due to their aggression, are hybrids between African and European honeybees. Sometimes, animals previously thought to be unrelated surprise us! In 2020, Hungarian scientists found that the American paddlefish and Russian sturgeons they were working with reproduced to create “sturddlefish”! Now we know that despite being classified in different families, they belong to a single created kind.

Since God created animals according to their kinds (Genesis 1), it makes sense that they may hybridize within their kinds. Why wouldn’t they, since they share the same ancestors created 6,000 years ago? While Leviticus 19:19 could be prohibiting the Israelites from deliberately hybridizing animals within a kind, we must keep in mind the context of the rest of the verse. God goes on to forbid the mixing of two (or more) types of cloth for garments and the mixing of different seeds in the field for sowing.

It’s likely God gave these commands to Israel to keep them obviously visually distinct from the surrounding pagan nations.

It’s likely God gave these commands to Israel to keep them obviously visually distinct from the surrounding pagan nations. Even the hair and beards of Israelite men were regulated (Leviticus 19:27). This would naturally cause non-Israelites to ask them why they practiced animal husbandry, looked, dressed, and farmed differently than they did. This could then lead to discussions of the one true God of Israel.

There is no command in Scripture to eradicate naturally occurring hybrids, which one might expect to be the case if God prohibited their existence. Neither does God ever give such a command to pre-Israelite people like Noah. That this non-hybridization law was given only to Israel is clearly spelled out in Leviticus 19:2 through the rest of the chapter. Finally, the ceremonial and civic Old Testament laws no longer apply today. They were given to a specific people and nation (Israel) governed by a theocracy, not to people of different ethnicities which comprise the local and universal church today and which are governed by national laws ultimately under the rule of Christ (Matthew 28:18–20; Romans 13:1–7; Titus 3:1; 1 Peter 2:13–17). Through his death, burial, and resurrection, Jesus Christ fulfilled the old covenant, and the ceremonial and civic laws are now nonbinding. Therefore, the hybridization of animals within a created kind is no longer forbidden. In fact, animal hybrids support a biblical worldview!

A Problem for Evolution

Evolutionists don’t like the existence of hybrids because it challenges one of the foundations of their worldview: the isolation of species. In the evolutionary worldview, species should remain genetically separated from each other and not interbreed. The “purpose” of evolution after all is to create distinct species evolved for their environments. Since they believe the “tree of life” descended from a mysterious single-celled common ancestor billions of years ago, the resulting species must split into individual “branches” that stop sharing genetic information to see the great distinctions between the many types of life we see today. However, those branches keep tangling in the form of hybrids!

In contrast, Genesis tells us animals were created according to their kinds and indicates they were frontloaded with great genetic diversity so that they could reproduce and thrive (even in a post-fall and post-flood world). So why wouldn’t they reproduce within their kinds? Hybrids fit well into the biblical history of our world, and they glorify the design of our amazing Creator!