An extraordinary human fossil discovery in Portugal—the almost complete skeleton of a four-year-old child—has turned out to be even more remarkable than was first thought.

The fossil skeleton was found in early December 1998 buried in a rock shelter in the Lapedo Valley about 140 km north of Lisbon. Now known as Lagar Velho 1, the remains are thought to be about 24,500 years old, based upon accelerator mass spectrometry radiocarbon dating of charcoal, and Cervus elaphus (deer) bones directly associated with the burial. The discovery team was led by João Zilhão of the University of Lisbon, who is director of Portugal’s Institute of Antiquities. The skull of the child had been crushed by earth removal equipment in 1992. That excavation came within centimetres of destroying the remains. However, the same excavation that crushed the skull is what exposed the site for its later discovery.

The skeleton was covered with red ochre and had been buried with ceremony. Found in association with the skeleton were charcoal, tools, and a pierced marine shell, probably a pendant, lying near the throat of the child. Animal bones lay near the head and the feet. It seemed to be a typical early Upper Paleolithic burial of a modern human. In contrast to the weak, round chin (mentum) of the Neandertals, the chin of the child was very protruding. A square, protruding chin is almost diagnostic of modern humans, and the first reports referred to the discovery as that of an ‘early modern human’.1 (The term ‘modern human’ is more a ‘morphological’, or ‘shape’, distinction than it is a ‘time’ distinction.)

However, when Neandertal authority Erik Trinkaus (Washington University, St Louis) loaded the skeletons measurements into a computer, the results revealed that the child had a mosaic of features—some distinctly Neandertal and others distinctly early European modern human. The childs chin, jaw, small front teeth, and arm bones resembled early modern humans. The stocky torso, the short legs, and the muscle attachment scars (especially the scars of the pectoralis major muscle in the chest) were astonishingly Neandertal-like.

Evolutionists acknowledge that Neandertals and early modern humans coexisted in parts of Europe for thousands of years. This skeleton is considered to be the first hard evidence of a genetic mixing. ‘This is not one Neanderthal and one modern human making whoopee in the bushes’, states Trinkaus.2 He is convinced that the mixture of features in this child could only be the result of prolonged genetic exchange, and that the Neandertals were just one of a number of human tribes living in the Stone Age.

In the same issue of The Proceedings of the National Academy of Science that Trinkaus, Zilhão, and their associates published their findings,3 there was a commentary by Ian Tattersall (American Museum of Natural History) and Jeffrey Schwartz (University of Pittsburgh) suggesting that the skeleton was just ‘a chunky Gravettian (early modern human) child’. This commentary resulted in a firestorm of reaction intensifying what has been called the ‘Neandertal wars’. Trinkaus claims that ‘the gist of the commentary is that he and his colleagues dont know what they are talking about’.4 Tattersall responded that he was saddened that Trinkaus had chosen to portray him and Schwartz as intellectually dishonest and as being on a mission to denigrate the Neandertals.

The ‘Neandertal wars’ involve a long-standing and intense debate among evolutionists regarding the nature and status of the Neandertals and their place in human history. That there should be a ‘Neandertal war’ at all is astounding. The human fossil record has always strongly supported the fact that the Neandertals were a part of the human family. There is nothing profoundly distinct about them. In fact, when the first Neandertal was discovered in 1856, even ‘Darwin’s bulldog’, Thomas Huxley, recognized that it was fully human and not an evolutionary ancestor. Donald Johanson also recognizes that fact. In his book, Lucy’s Child, Johanson writes:

From a collection of modern human skulls Huxley was able to select a series with features leading ‘by insensible gradations’ from an average modern specimen to the Neandertal skull. In other words, it wasn’t qualitatively different from present-day Homo sapiens.5

Throughout the history of paleoanthropology, the fossil record has consistently shown a gradation from Neandertals to modern humans. We are not referring to an evolutionary transition from earlier Neandertals to later modern humans. We are referring to morphological gradations between Neandertals and modern humans coexisting at the same general time and place and representing a single human population. Whereas evolutionists have chosen to divide these humans into two categories—Neandertals and anatomically modern Homo sapiens, individual fossils are not always that easy to categorize. There is a wide range of variation among modern humans, and there is variation within the Neandertal category also. A number of fossils in each group are very close to that subjective line dividing the two categories, and could probably be classified either way. These fossils constitute a gradation between Neandertals and modern humans, demonstrating that the distinction made by most evolutionists is an artificial one.

Among fossils usually classified as Neandertal are at least 25 individuals, from five different sites, who are clearly close to that subjective line which divides Neandertals from anatomically modern Homo sapiens. These fossils constitute part of that continuum or gradation from Neandertals to modern humans found in the fossil record. Evolutionists recognize these fossils as departing from the classic Neandertal morphology and describe them as ‘progressive’ or ‘advanced’ Neandertals. Their shape is sometimes explained as the result of gene flow (hybridization) with more modern populations. These fossils would tend to support the interpretation of the Lagar Velho 1 child skeleton by Trinkaus, and show that this fossil is not really unique. Those sites having ‘advanced’ Neandertal individuals that could be the result of hybridization are:

Completing that continuum or gradation from Neandertals to modern humans are at least 107 individuals, from five sites, who are usually grouped with fossils of anatomically modern humans. However, since they are close to the line which divides them from the Neandertals, they are often described as ‘archaic moderns’ or stated to have ‘Neandertal affinities’ or ‘Neandertal features’. These 107 individuals could also be the result of hybridization. The five sites are:

There are two reasons why the ‘Neandertal wars’ persist among most evolutionists in spite of the strong fossil evidence for gradations and coexistence between Neandertals and modern humans. First, surprisingly, many of the leading spokespersons for human evolution are not familiar with the totality of the human fossil material. Some years ago Tattersall and Niles Eldredge (American Museum of Natural History) confessed that they had seen only a fraction of the available material. They went on to say that it was not comforting to realize that many of the statements made by others regarding human evolution ‘are similarly removed from the original data’.20 That condition persists today. Many evolutionists are not familiar with the fossil evidence presented in the above paragraphs, but rely on the authority of the experts in the field, who may not themselves be familiar with the evidence.

Second, there is a persistent and deliberate attempt on the part of many evolutionists to deny the Neandertals their rightful place in the human family. Trinkaus and Milford Wolpoff (University of Michigan) are notable exceptions. The reason for this denial is obvious. If the rather superficial differences between the Neandertals and modern humans can be explained by non-evolutionary mechanisms  isolation, disease, or Ice Age climate, for instance  the need to explain these differences by evolution is eliminated. Thus, the concept of human evolution must be preserved in spite of the fossil record. 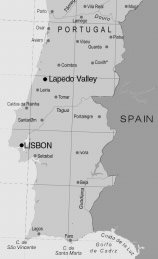 The most recent attempt to deny the Neandertals their rightful place in the human family was the attempt to distance the Neandertals from modern humans based upon the alleged recovery, in 1997, of mtDNA from the original Neandertal individual found in the Neander Valley in Germany. The mtDNA ‘clock’ concept is based upon the belief that the chromosomes of mitochondria, unlike our regular chromosomes, were passed unchanged from a mother to her offspring. The father’s mtDNA was thought to be uninvolved, partly because experiments have shown that eggs destroy sperms’ mtDNA after fertilization. Hence, no genetic recombination was involved. The assumption was that were it not for occasional mutations, everyone in the world would have identical mtDNA. However, mutations do occur. Assuming that these mutations happened at a regular rate, evolutionists believed that mtDNA provided them with a molecular ‘clock’ which would enable them to determine the evolutionary distances between various organisms. That is, they could determine the time when various related organisms separated from each other in their evolutionary history. The human line was estimated to have separated from the chimpanzee line about five to seven million years ago. On the basis of the mtDNA, the Neandertals were determined to be a species separate from modern humans, and diverged from the modern human line about 550,000 to 690,000 years ago.

In an earlier issue of CEN Tech. J. I argued on the basis of the biblical, cultural, and fossil evidence, that the mtDNA interpretation of the Neandertals had to be wrong.21 Genesis 12 and Acts 17:26 clearly teach the unity of the entire human family, coming from one man, Adam. Its one of many cases where the Word of God sits in judgment on ‘the wisdom of this world’ no matter how scientific the wisdom of the world claims to be.

In the journal Science, an article appeared of incredible significance for creationists—and for the Neandertals. The solely maternal inheritance of mtDNA had become ‘one of the major dogmas of evolutionary genetics and has been a key element in the dating of certain events such as the spread of humans into Asia and Europe’ including the ‘Out of Africa’ or ‘African Eve’ theory of the origin of modern humans. A new study based upon the mtDNA of humans and chimpanzees ‘gives convincing evidence that mtDNA is also inherited paternally’.22 Since changes in mtDNA are not just from mutations, but also from recombination, mtDNA can no longer be considered a ‘clock’. Thus, all mtDNA studies of evolutionary relationships between humans and chimpanzees as well as studies of the evolutionary relationship between Neandertals and modern humans are now suspect, and may prove to be invalid as far as evidence for evolutionary distance is concerned.

When the parents of that four year old Portuguese boy buried him many years ago, they could not have known how important his remains would be to their descendants in the year AD 2000.