Evolutionists aren’t sure if they want to call it a direct human ancestor, but one thing they do agree on: “Ardi” does away with conventional ideas about a missing link.

First discovered in the early 1990s, the bones of Ardipithecus ramidus have only recently been nominated to human evolution’s hall of fame—via a slew of papers in Science. The delay is due, in part, to the poor state of the partial remains, which have been described as “so fragile they would turn to dust at a touch.” 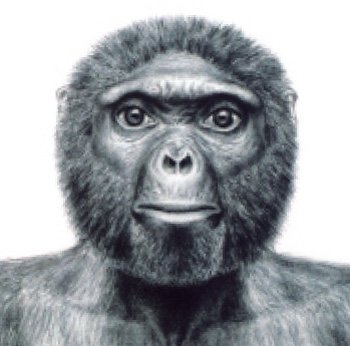 One of the scientists who studied Ardi noted that it’s not a chimp and it’s not a human. Instead of looking like the hypothesized missing link (with both chimpanzee and human features), Ardi’s anatomy—as reconstructed by the scientists—shows it to have been distinct from other apes as well as from humans.

The evolutionary researchers have consequently shunned the notion of a missing link: “It shows that the last common ancestor with chimps didn’t look like a chimp, or a human, or some funny thing in between,” explained Penn State University paleontologist Alan Walker (who was not part of the study).

The first question creationists have to answer is just what Ardi is. We can quickly eliminate one option: it’s not a human fossil. Ardi not only had opposable big toes but also lacked arches. These traits separate Ardi from humans. They also mean “she could not walk or run for long distances,” BBC News reports. Additionally, Ardi’s estimated brain size was far smaller than humans’.

Despite the media hype, several evolutionary scientists are skeptical about even the most basic claims. Anatomist William Jungers of Stony Brook University questioned whether Ardi walked upright: “This is a fascinating skeleton, but based on what they present, the evidence for bipedality is limited at best. Divergent big toes are associated with grasping, and this has one of the most divergent big toes you can imagine. Why would an animal fully adapted to support its weight on its forelimbs in the trees elect to walk bipedally on the ground?”

Given the number and scope of the papers, it will take some time before creationists are confident about how Ardi relates to the other apes in God’s created “kinds.” Yet the new reports don’t appear to contradict creationist conclusions from the 1990s that Ardi is just another unusual ape, much like Lucy, which lived on earth after the Flood—as the apes left Noah’s Ark, diversified, and spread over the planet.