Some of the most spectacular wonders that God created remain hidden from the naked eye, and we just take them for granted.

Atoms are no exception. Virtually everything in the universe is made from about ninety kinds of atoms. From the ground you walk on to the food you eat, almost everything is made of atoms. The properties of atoms are not random but fall into logical categories, which we organize into a chart called the periodic table of elements. Atoms consist of three basic particles—protons, neutrons, and electrons. Simply by rearranging these particles, God formed millions of substances, each with its own texture, appearance, smell, and other unique properties.

Can you imagine ordering just three types of materials to construct your entire house, including the roof, window panes, a leather couch, and even the milk in the refrigerator? That’s the ingenuity of our Creator.

Of particular interest to living things are carbon atoms. Carbon is found in all living things. Like a Swiss Army knife, carbon is extremely versatile. It easily bonds with almost every other element on the periodic table. In fact, scientists have identified more than 6 million compounds that contain carbon. Add carbon to iron, and you get steel. Add carbon to hydrogen and oxygen, and you can produce everything from alcohol to sugar and gasoline.

What kind of designer could develop such flexible building material? God, the chief architect of life, had all the blueprints in hand before He ever laid the foundations of the earth. 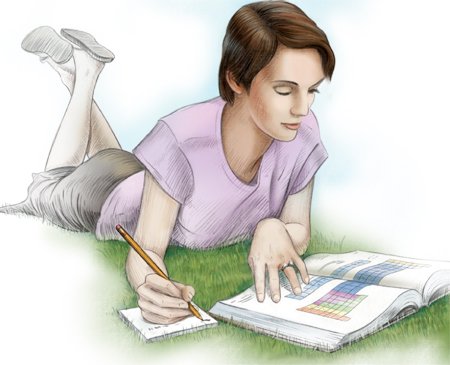 The carbon atoms in coal are jumbled together with virtually no form. The contrast between black coal and sparkling diamonds is a wonderful reminder of God’s grace, which transforms worthless sinners, fit only for burning, into precious gems that are “forever.”

Every time you write with a pencil, you’re using a soft, slippery form of carbon known as graphite. Under the microscope, graphite looks like chains of carbon arranged into thin sheets. The weak bonds between the sheets allow the carbon to slide onto your paper.

Carbon easily bonds with almost every other kind of atom. Add carbon to oxygen, and you get the gas carbon dioxide. Plants can convert this gas into food through the wonder of photosynthesis.

The same carbon that appears in coal and diamonds is the building block of your skin. As you eat food from plants, your body converts the plants’ carbon into body parts. The amazing versatility of carbon reminds us about God’s provision for our needs. One atom can be reused over and over again. If a part of your body breaks, then carbon is readily available for repairs. All you have to do is eat!

Diamonds are made of pure carbon arranged in regular honeycomb patterns, repeated in three dimensions. The rigid structure of these crystals makes diamonds the hardest natural material known to humans.