How We Got Red Hair (It Wasn’t By Evolution)

by Dr. Jean Lightner on May 3, 2006
Share:
Email Using:
Gmail Yahoo! Outlook Other 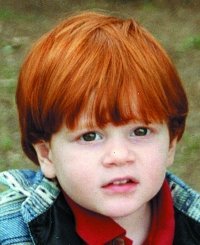 Melanin, the pigment found in hair and skin, comes in two forms. Eumelanin produces a brown to black colour, while pheomelanin makes a yellow to red colour. Recent research has shown that red hair in people often results from mutations in just one gene.1 A normal gene results in more eumelanin production and the skin tans well in response to sunlight. However, mutant forms of the gene, produce a higher proportion of pheomelanin (and thus red hair), skin that burns more easily, and an increased susceptibility to skin cancers.

All this is consistent with the history presented in Genesis. God created everything very good. Since the Fall (Genesis 3), mutations have caused alterations to the original genes. But these new ‘alleles’ (variant genes) have bad effects on existing biochemical pathways. Such errors in no way provide a reasonable explanation for the creation of complex pathways; only someone much wiser than us could have created them. That a number of mutations are well tolerated shows that we are very well designed; a less sophisticated design would simply not be able to tolerate such errors.