Back in February 1988, Michigan State University biologist Richard Lenski began a long-term experiment to look at how repeatable evolution was. He decided to use Escherichia coli bacteria for the experiment and filled 12 flasks with a glucose-based growth media. Since then, each population is propagated every day by transferring 1% of the previous day’s culture into an equal volume of fresh medium. The bacteria grow quickly in a few hours. However, the glucose runs out once they’ve grown 100-fold. The cells then basically enter stasis until the next day, when 1% of each population is transferred into fresh medium. Dr. Lenski further explains,

Every 500 generations (75 days), right after the daily transfers are finished, we add a cryoprotectant to the previous day’s cultures. The cryoprotectant helps protect the cells from damage caused by freezing and thawing. We store these samples at –80°C, where they provide a frozen, but viable, fossil record—fossils that can be revived and analyzed far into the future. These samples allow “time travel” in a scientifically meaningful way. We can, for example, directly compare the current LTEE bacteria with their ancestors. We can even compete the evolved lines against their ancestors, and thereby quantify the results of adaptation by natural selection—the same process that Darwin realized would “fit” organisms to their environment.1

This basic process of growth, stasis, transferal of 1%, and freezing the cultures every 75 days, is the mechanistic portion of the experiment, now over 30 years old. Dr. Lenski estimates that 6.6 generations of E. coli are produced every day, the calculated equivalent of approximately 132 years of human elapsed time (6.6 generations x 20 years/generation = 132 years).2

Recently (May 2022), Dr. Lenski decided to transfer the LTEE from under his care at MSU to the laboratory of Jeffrey Barrick, an evolutionary biologist at the University of Texas at Austin. After 34 years and over 75,000 bacterial generations, Dr. Lenski felt that the experiment needed to be carried on by a lab with more researchers and assistants who could devote the necessary time (and lab space) to the E. coli specimens. Dr. Barrick hopes to extend Dr. Lenski’s work and closely evaluate the less-than-expected genome shrinkage of the E. coli over many more generations.3

Evolutionary Biology’s Spin on the Results

The results of the ongoing experiment have often been touted as evidence of novel gain of function, and thus supportive of Darwinian evolution. In 2008, Dr. Lenski’s lab discovered that at approximately generation 31,500, one line of E. coli could utilize (gain nutrients from) citrate. Under normal oxygen conditions, E. coli are not usually able to metabolize citrate as a food source, and this is typically used as diagnostic identification of E. coli. This one particular line of E. coli is the major reason that Lenski’s work is held up as “proving” novel gain-of-function mutations (and thus molecules-to-man evolution). It should be noted that the other 11 lines of E. coli have not been able to utilize citrate, even after 75,000+ generations.

This result occurred due to a mutation in the citT gene for this one strain of the bacteria. This mutation is significant because E. coli is traditionally defined as being citrate negative under normal oxygen (aerobic) conditions, but this mutation causes E. coli to become citrate positive. As a result, Lenski argued that this strain of E. coli has evolved into a new species because of its evolution of the ability to utilize citrate under aerobic conditions.

Other results often mentioned as highlighting evolution are resistance to the λ phage virus4 and development of larger cell volumes in all 12 E. coli populations, as well as the greater amount of PEP (phosphoenolpyruvate) available to drive glucose uptake in two populations5. The authors hypothesize that either the altered peptidoglycan cell wall synthesis or timing of synthesis may be involved for the larger cell volumes.6

Creation Biology’s View of the Results

First of all, we would disagree with the interpretation that 6.6 bacterial generations are equivalent to 132 years of human elapsed time. Since there are significant differences between mutation rates of bacteria and humans, there is not a good correlation between their numbers of generations. However, to the main evolutionary contentions espoused above, there never was (or is) a novel gain-of-function mutation demonstrated.

E. coli in the wild are known to utilize citrate occasionally. It is also not unheard of for E. coli to be citrate positive. The gene for citrate utilization was already present in E. coli.7 For this to be a novel trait (or considered to be a true example of evolution), E. coli would have to be 100% completely unable to utilize citrate before it “evolved.” All that Lenski observed was E. coli expressing a gene under differing conditions. The genetic information was already there in his cultures and did not appear de novo. In addition, the culture media (DM25) Lenski’s lab used had citrate in it. It is not really surprising that these E. coli adapted to the experimental conditions, enabling them to utilize citrate under aerobic conditions.8

Regarding E. coli gaining resistance to the λ phage virus, this was a result of a mutation of the malT gene, a protein used to transport and metabolize maltose in the bacteria but is also the same protein that the virus targets to infect E. coli. Since there was no maltose in the growth media, downregulating this unused metabolic pathway would be beneficial for the bacteria in that environment, and it just so happens to confer resistance against the λ phage virus.9 No evolution required.

The greater amount of PEP (phosphoenolpyruvate) available to drive glucose uptake was likely due to an insertion in the genetic region that is hypothesized to have inactivated the pykF gene, which usually yields an increase of adenosine triphosphate (ATP) at the expense of PEP. Producing less ATP and more PEP equals greater glucose uptake ability.10

What Does the LTEE Tell Us About Evolution?

Dr. Lenski’s (and now Dr. Barrick’s) experiment demonstrates that most of the fitness benefits are due to disruption, degradation, or loss of genetic information. In fact, these lab-dependent E. coli could not survive outside their specialized environment. While they may have gained a survival advantage within these unique lab environments, they actually are less fit overall compared to wild E. coli in any other environment. Fitness improvements are not examples of molecules-to-man evolution. This is because fitness improvements are entirely environmentally dependent.

A loss of information occurring in a regulatory region may improve gene product function by increasing its expression, but this would not represent a GONI [gain of novel information]. Neither would a mutation that brings back a function that was previously lost, a decrease in specificity of a protein’s function, a rearrangement of already existing information, the duplication of existing information, or the general increase in diversity over time. A GONI must involve a mutational event or series of events that enable the production of novel protein(s) that can perform a specific and previously unknown activity. This type of mutation has not been observed.11

So-called “beneficial mutations” that lead to adaptation are only beneficial in select environments. They more properly should be called adaptive mutations, which can readily fit within a creation model where these adaptive mechanisms (mutation, selection, horizontal gene transfer, epigenetics, founder effect, etc.) are a designed feature of bacteria that allow them to survive in a fallen world. Although there are some virulent bacterial pathogens in the world, most bacteria are not pathogenic and are still beneficial to plants, animals, and humans, and it is perfectly logical that God designed them to be flexible enough to adapt to differing environments as well as to become resistant to bacteriophages. Imagine if all gut microbiomes were destroyed every time there was a viral infection in an animal or a person. This would be catastrophic to animals and humans alike. In God’s providence, he provided bacteria (and our bodies) with adaptive mechanisms to ensure their survival and often aid our wellness.

Where does this leave us in evaluating Dr. Lenski’s work as it pertains to a creationist worldview? As Dr. Georgia Purdom has stated,

Adaptive mechanisms in bacteria work by altering currently existing genetic information or functional systems to make the bacteria more suitable for a particular environment. Further understanding of Lenski’s research is valuable for development of a creation model for adaptation of bacterial populations in response to the adverse environmental conditions in a post-Fall, post-Flood world.12

Previous Paper God’s Design: Strategic Routing of the RLN Next Paper A New Spin on the Bacterial Flagellum: Its Normal Niche and Displacement 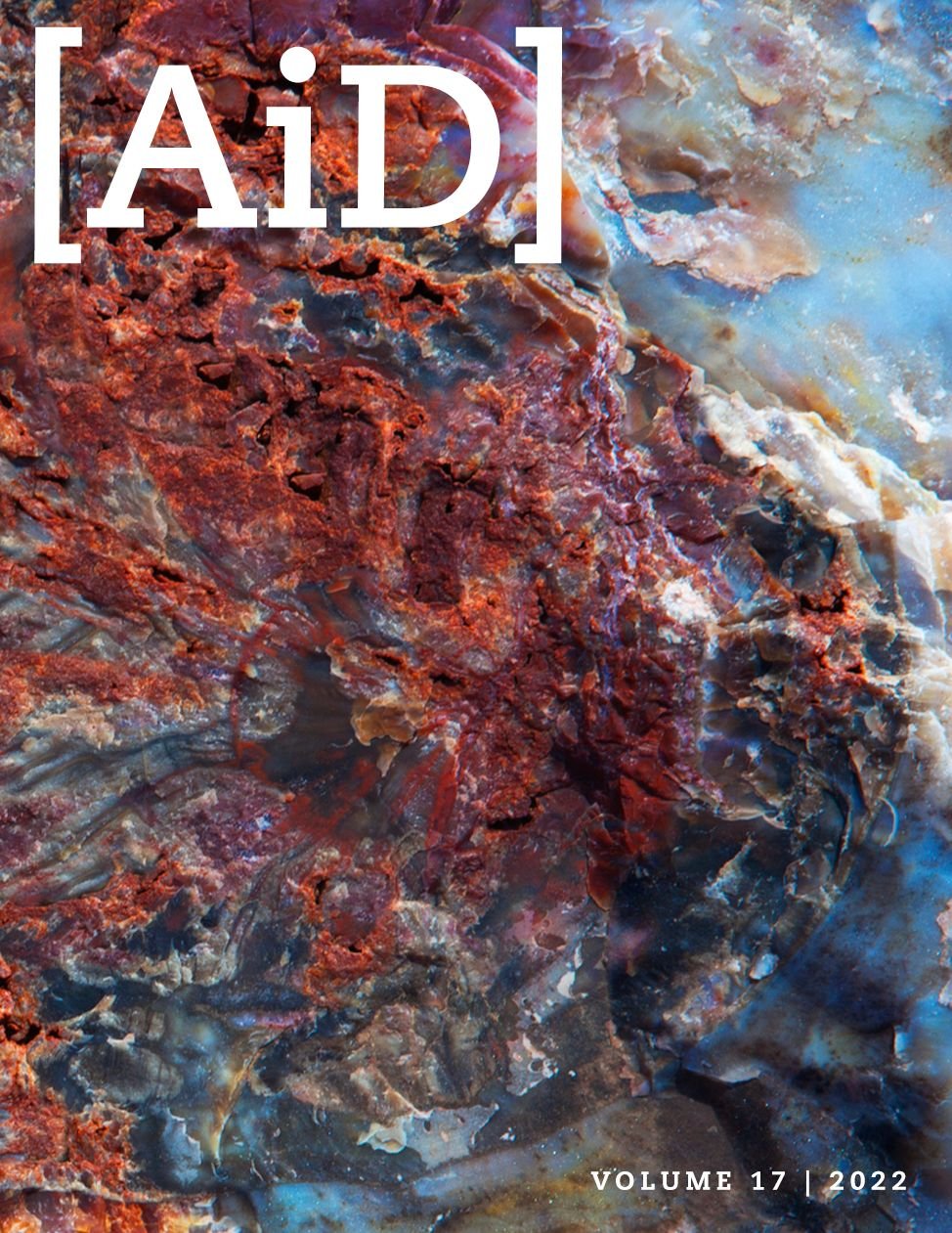