Imagine the first chapter of Genesis unfolding before your eyes. What would it be like to see exotic animals and lush vegetation popping into existence at God’s command? Thanks to the talents and vision of filmmaker Ralph Strean, you’ll soon have the opportunity to witness that spectacle.

Ralph previously worked for Disney, EA Sports, and Lockheed Martin. In 2008 he established Sevenfold Films so he could devote his time to making movies for the Lord. Ralph teamed up with Eric Hovind to make Creation Minute, a series of short videos featuring state-of-the-art digital effects, and soon the two set their sights on a much more ambitious project: Genesis 3D.

Genesis 3D is a “crowd-funded” (contribution-based), full-length film that brings the Bible’s first chapter to life, telling the truth about our origins and then flowing seamlessly into the message of Jesus Christ. In addition to interviews with experts in various fields and a powerful gospel presentation by evangelist Ray Comfort, this gorgeous movie features stunning high-definition, three-dimensional special effects. 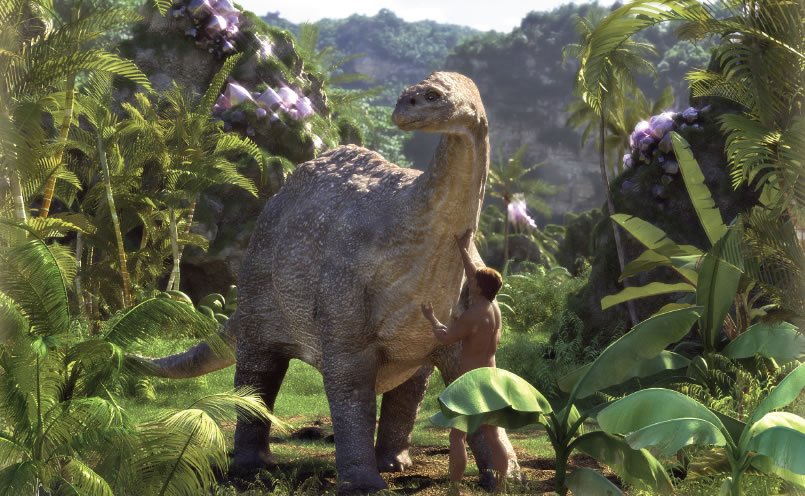 The preview, which you can watch online, draws you into a strikingly beautiful world. Glide above the jungle canopy with pterosaurs and explore the forest with an ape. Witness a mighty whale crash into the sea and then dive to the depths to swim with a plesiosaur. Stomp through the swamp with massive sauropod dinosaurs and skitter along the ground with the ants. Ralph even takes you into space to behold some of its many wonders.

After years of developing this remarkable film, Strean and Hovind expect to release the film in 2016. Three-dimensional cinema technology requires twice as many frames as conventional movies—30 for the left eye and 30 for the right every second. Each special-effect frame takes a computer about eight hours to render. An array of 50 computers with massive memory spits out art at a manageable clip.

Genesis 3D will give viewers a glimpse of Eden like they’ve never seen before.

But art is simply the vehicle, not the purpose. Both Ralph and Eric are hoping the novelty and quality of 3D special effects will attract hundreds of thousands of viewers to hear our Creator’s offer of salvation through His Son, Jesus Christ. That’s why Ralph left the secular marketplace years ago—to invest the talent God gave him for eternal good.

Behind the Scenes of Genesis 3D

Next Article Out of Africa