The Permian Extinction—Quick and Global

New evidence suggests a mass extinction that was produced by a drastic change in ocean conditions.

A global catastrophe quickly killed most life in the oceans. That claim may sound like something you would find in a creationist publication, but it was reported in an evolutionary science journal. Recently, researchers uncovered evidence that they interpret as a mass extinction in the ocean that wasn’t slow and gradual.

Evolutionists have long believed in an “end-of-the-Permian” mass extinction. They claim this happened around 250 million years ago, supposedly killing 90% of marine creatures (even more deadly than the asteroid that allegedly killed off the dinosaurs 65 million years ago, according to their dating system). Divorced from the Bible’s historical framework, secular scientists have been unable to determine the cause for such a catastrophe, but their best guess had formerly involved a millions-of-years depletion of oxygen in the ancient oceans. 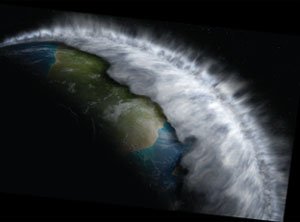 The new findings are good evidence that something drastic happened.1 Using a new method to estimate the oxygenation of ocean water in the past, the scientists found that the ratio of thorium and uranium isotopes changed dramatically at the time of the extinction. (The radioactive elements break down and leave various signatures in the rock depending on the conditions at the time.) The ratio change implies a sudden and drastic change in ocean conditions—perhaps worldwide in extent.

The Bible removes the larger mystery. The Flood of Noah’s day caused massive upheavals in the ocean when the fountains of the deep burst forth. The continents began to break up and move rapidly to their current locations. During the resulting deluge, untold trillions of sea creatures died, and the oxygen levels of the oceans likely changed quite suddenly.

Next Article A Hitch in Time