At one moment two ferocious dinosaurs were embroiled in mortal combat. The next, they were entombed by a sudden wall of sediment, their lungs starved of life-giving oxygen ... or so it seems. In 1971 in the Toogreeg region of Mongolia’s Gobi Desert, paleontologists uncovered a Velociraptor apparently embroiled in a fight to the death with a Protoceratops. The Velociraptor’s hands were grabbing the head shield of the Protoceratops, while its sickle claw appears to be lodged deep into the body cavity. Protoceratops appears to hold Velociraptor’s right arm in its jaws.,, 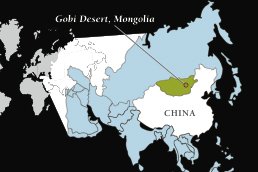 These fossils are a rare find—the first that appears to capture dinosaurs fighting. The fossils were brought to the USA in 2000 and placed on temporary display in the American Museum of Natural History.

Why Is this Find Significant?

Consistent with a truly biblical perspective, these dinosaurs were buried by sandy sediment that fossilized them rapidly. This find testifies to the impact of the global Flood of Noah’s day.

This amazing specimen is not the only fossil found in this area of the world; there are hundreds of others in the Gobi Desert—creatures that were fossilized quickly due to rapid burial. Dinosaurs such as oviraptors, velociraptors, sinornithoides, pinacosaurus, and protoceratops as well as lizards, crocodiles, and small mammals have been found preserved rather well.1,2

The two dinosaurs were found in Late Cretaceous sandstone layers, which secular scientists translate to be about 80 million years old. These same layers, according to the biblical model, would be part of the late Inundatory Stage or early Recessive Stage of the Flood as seen in Dr. Tas Walker’s Biblical Geology Rock-Scale. 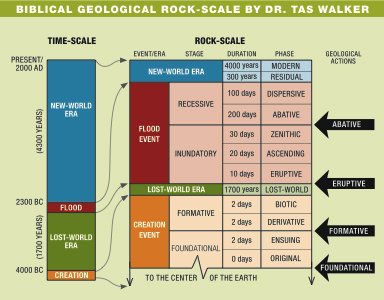 What Explanations Do Secular Scientists Offer for Such Sudden Burial and Preservation?

Problem: Sand dunes do not contain the water needed to replace the minerals in bones for fossilization on such a large scale.

Remember, the many other specimens found in the Gobi Desert were also covered by sandy sediment. Were they all from sand dunes, too?

Besides, we haven’t seen any conclusive evidence that this is a viable explanation.

Buried by a freak sandstorm.1,2

Second, if a sandstorm came upon these dinosaurs, they would likely try to escape that new threat and not remain in place. The aggressor would probably yield and seek safety.

Problem: Again, they would likely try to escape that new threat and not remain in place. The aggressor would yield and seek safety. We once again have the problem of many other specimens in the area also sinking in quicksand.

Are There Other Finds of Preserved Dinosaurs That Appear to Be Fighting?

Yes! National Geographic magazine mentions a 15-foot theropod that was interlocked with a bigger herbivore. This find was explained by the idea that they were bogged down in quicksand. But as we’ve seen, that explanation just seems to sink.

None of these explanations even mentioned a worldwide flood. But that is because the secular community, for the most part, automatically rejects a worldwide Flood as described in the Bible.

We should look at this find from the Biblical perspective, which includes Noah's flood.

However, the remaining animals left outside the Ark died. Many of these remains rotted and decayed during the Flood, but many were fossilized by their sudden, catastrophic burial.

Catastrophic burial in sandy flood sediment can be so immediate that an animal could be completely immobilized and buried before it had much chance to react. In fact, there have been fish buried so rapidly that they didn’t finish swallowing their dinner. There was also such a quick burial of an Ichthyosaur that she didn’t finish giving birth.

What we know is that the dinosaurs were preserved and buried in the position in which they were found. Were they fighting before this? We simply don’t know. They could have been, but they could have simply been buried in this position during the Flood.

The Flood would provide the sand, the mineral-dense sediment and the water needed to replace bone with rocky materials, and it would also bury these animals quickly, leaving them with little chance to escape.

When we start with the Bible to explain fossils, the evidence makes good sense. You can either trust man’s speculation about the past, or you can trust an explanation based on the Bible. Remember, people are imperfect and were not there to witness the early history of the world, but a perfect God was. There is no need to trust imperfect men and their explanations of the world over God’s Word. When you start with the Bible, the evidence is easily explained.

Are They Really Fighting?

Two fighting dinosaurs is the most common interpretation for this amazing fossil. However, how could the Protoceratops be involved in a fight and climb on top of the Velociraptor without front legs? For these dinosaurs to have been buried alive, the Protoceratops' legs must have been disconnected immediately prior to the pair's burial (which is unlikely), making the interpretation that these dinosaurs were buried alive during a fight, illogical. Perhaps the fighting interpretation has been made without carefully considering the evidence, but one thing is clear: the carcasses were buried quickly before significant decay of their bodies occurred. See www.amnh.org/exhibitions/fightingdinos/videos.html for an evolutionary interpretation of this fossil. 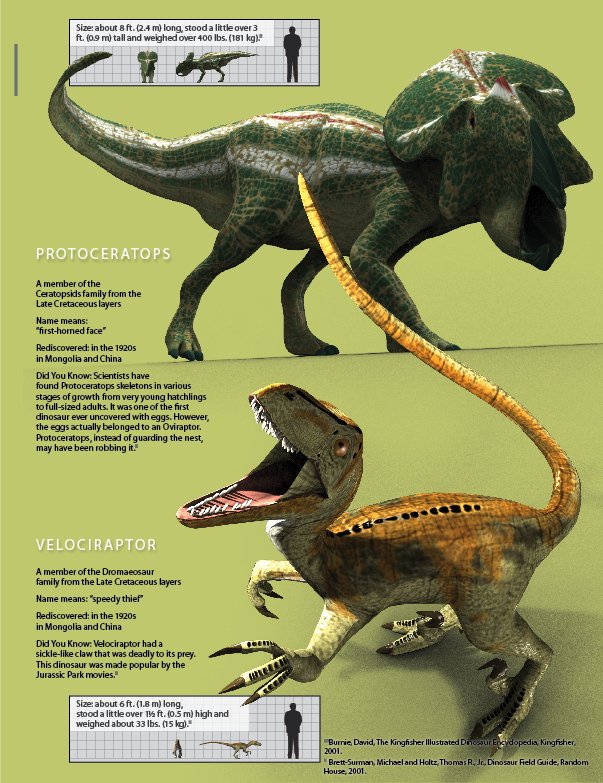 Bodie Hodge earned both his undergraduate and masters degrees from Southern Illinois University in mechanical engineering. He is a staff member of Answers in Genesis. Bodie is manager of the Answers department and a speaker/researcher.
Buddy Davis is among AiG's most-loved speakers. He travels extensively conducting workshops for children, teaching them how to defend their faith. He is not only a renowned musician and "paleo-artist", but also an adventurer, having taken expeditions to Alaska and Turkey.
Previous Article What’s Your Worldview? Next Article The Intelligent Design Movement