A Foundation of Scripture

To most of America’s founding fathers, the Bible was true from beginning to end, and it was the only source upon which to establish the new, independent nation.

However, with the advent of conjectures and hypotheses that undermined how people viewed the Bible’s history, its moral authority began to erode. Without the Bible’s absolute moral truths guiding the American people, the institution undergirded by this authority and designed to govern them will falter.

If the absolute authority of God’s Word is removed and moral relativity becomes the order of the day, on what will government and freedom stand? John Adams—one of America’s founding fathers and its second president—emphasized this truth when he said, “We have no government armed with power capable of contending with human passions unbridled by morality and religion. Our constitution was made only for a moral and religious people. It is wholly inadequate to the government of any other.”1

America’s founding fathers saw the importance of establishing their new country on the absolute, unchanging laws of the Creator God, instead of the wavering whims of the times.

In the United States the Fourth of July is a national holiday to reflect not only on the sacrifices of America’s founding fathers and the nation’s spiritual foundation, but also on where its people are today and what lies ahead if they do not return to trusting God’s Word as their foundation of truth in every area. It was this type of nation for which the founding fathers so willingly sacrificed their fortunes, homes, families, comforts, personal freedoms and lives.

This year marks 230 years since America’s founding fathers gave to its citizenry its national “birth certificate.” The United States continues to be the longest on-going constitutional republic in the history of the world. Blessings such as those bestowed on this nation do not happen by chance or accident. They are blessings of God.

On July 2, 1776, after much discussion and prayer, Congress voted to approve a complete separation from Great Britain. Two days afterward, July 4, the early draft of the Declaration of Independence was signed, albeit by only two individuals at that time: John Hancock, president of Congress, and Charles Thompson, secretary of Congress. Four days later, members of Congress took that document and read it aloud from the steps of Independence Hall in Philadelphia, after which the Liberty Bell was rung. 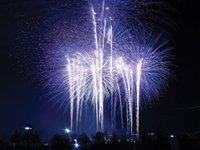 Comparing the turmoil, struggles and revolutions in other nations, in contrast to the relative stability and obvious blessings in the U.S., prompts American citizens to ask how this has been achieved. What was the basis of American independence? John Adams said, “The general principles on which the Fathers achieved independence were the general principles of Christianity.”2 Perhaps the clearest identification of the spirit of the American Revolution was given by John Adams in a letter to his wife Abigail. Adams cautiously wrote, “This day will be the most memorable epic in the history of America. I am apt to believe that it will be celebrated by succeeding generations as the great anniversary festival.”3 John Adams believed that the Fourth of July should become a religious holiday—a day when Americans remember God’s hand of deliverance and a day of religious activities when its citizens commit themselves to Him in “solemn acts of devotion to God Almighty.” 4 Such was the spirit of the American Revolution as seen through the eyes of those who led it, evidenced even further in the words of John Quincy Adams, one who was deeply involved in the activities of the Revolution.

In 1837 when Adams was 69 years old, he delivered a Fourth of July speech at Newburyport, Massachusetts. In that address, he posed the question: “Why is it that, next to the birthday of the Savior of the world, your most joyous and most venerated festival returns on this day [the Fourth of July]?” Note his answer: “Is it not that, in the chain of human events, the birthday of the nation is indissolubly linked with the birthday of the Savior? That it forms a leading event in the progress of the Gospel dispensation? Is it not that the Declaration of Independence first organized the social compact on the foundation of the Redeemer’s mission upon earth? That it laid the cornerstone of human government upon the first precepts of Christianity?”5

If the absolute authority of God’s Word is removed and moral relativity becomes the order of the day, on what will government and freedom stand?

According to John Quincy Adams, for Americans Christmas and the Fourth of July were intrinsically connected. On the Fourth of July, America’s founders simply took the precepts of Christ which came into the world through His birth (Christmas) and incorporated those principles into civil government.

Have you ever considered what it meant for those 56 men—an eclectic group of ministers, businessmen, teachers, university professors, sailors, captains, farmers—to sign the Declaration of Independence? This was a contract that began with the reasons for the institutional separation from Great Britain and closed in the final paragraph stating: “And for the support of this Declaration, with a firm reliance on the protection of Divine Providence, we mutually pledge to each other our lives, our fortunes, and our sacred honor.” Dr. Benjamin Rush, the father of American medicine and a signer of the Declaration of Independence, recorded the events of that day in his diary. In 1781 he wrote to John Adams, “Do you recollect the pensive and awful silence which pervaded the House when we were called up, one after another, to the table of the President of Congress to subscribe to what was believed by many at that time to be our death warrants?” 6

Preserving American liberty depends first upon our understanding the foundations on which this great country was built and then preserving those principles.

These men took this pledge seriously. Robert Morris of Pennsylvania is an example of the highest level of integrity. He was chosen as the financier of the American Revolution. An honor … except that there was no bank willing to give any loans to help fund the Revolution during its first three years. So where did the money come from? Robert Morris effected loans of tens of thousands of dollars upon his own credit. In 1781 George Washington conceived the expedition against Cornwallis at Yorktown. He asked Judge Peters of Pennsylvania, “What can you do for me?” “With money, everything, without it, nothing,” Peters replied. Mr. Morris spoke up, “Let me know the sum you desire,” and before noon Washington’s estimates were complete. Robert Morris promised him the amount, and Morris raised it upon his own responsibility. America couldn’t repay him because there was no money, and yet Robert Morris never complained, because he had given his word. 7

Many other such stories exist in the records of the American Revolution.

Preserving American liberty depends first upon its citizenry understanding the foundations on which this greatly blessed country was built and then preserving those principles. Americans must not let the purpose for which the nation was established be forgotten. The founding fathers passed a torch; modern Americans would do well not to let it go out. 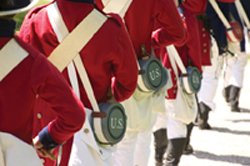 The spiritual emphasis manifested so often by the Americans during the Revolution caused one crown-appointed British governor to write to Great Britain complaining. “If you ask an American who is his master, He’ll tell you he has none. And he has no governor but Jesus Christ.” Letters like those from our founding fathers and sermons like the one preached by the Reverend Peter powers, titled Jesus Christ the King, gave rise to a sentiment that has been described as a motto of the American Revolution. Most Americans are unaware that the Revolution might have had mottoes, but many wars do (e.g., in Texas’ war for independence, it was “Remember the Alamo”; in the Union side in the Civil War, it was “In God We Trust”; in World War I, it was “Remember the Lusitania”; in World War II, it was “Remember Pearl Harbor”). A motto of the American Revolution, directed against the tyrant King George III and the theologically discredited doctrine of the divine right of kings (which asserted that when the king spoke, it was the voice of God speaking directly to the people), was simple and direct: “No King but King Jesus!” Photo courtesy of www.istockphoto.com