Tunnel Vision and a Close Election 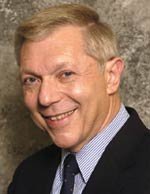 Speaking at the dedication of a new tunnel during recent U.S. elections, Montana Governor Brian Schweitzer paused to take a jab at the views of a state representative. The governor asked the crowd whether they believed the earth was hundreds of millions of years old, and most raised their hands. He then asked who believed the planet was fewer than a million years old. Only a few put up their hands, but among them was Roger Koopman, a state representative embroiled in a tight political race.

The governor later remarked that Montana did not need people in the legislature “who think the earth is 4,000 years old.” He went on to declare that those who reject the geological “evidence” are unfit to be legislators. (Koopman managed to be reelected, but by just over a thousand votes.)

Interestingly, Governor Schweitzer didn’t mention Darwinian evolution in his speech. Instead he questioned the age of the earth. The “age question,” not evolution, is increasingly considered an effective way to undermine the credibility of creationists. Watch for this tactic to continue. But watch this magazine for data that supports a young-earth view.