Many believers have claimed that a Japanese fishing boat discovered a recently deceased plesiosaur. Is this accurate?

One “evidence” that continues to circulate widely among creationists is the report of the “plesiosaur” that was found in 1977. Many claim the find as evidence that evolutionists “got it wrong.” After all, if evolutionists say that something is long extinct and then a modern example is found, doesn’t that make them wrong about everything?

In April 1977, the Japanese fishing trawler Zuiyo-maru operating off the coast of New Zealand snagged a large carcass at a depth of about 1,000 feet. The carcass was brought to the surface and onto the ship. The dead creature was about 33 feet long and weighed about 4,000 pounds.

The ship’s company was unsure about the identity of the carcass. Some thought it might be a rotting whale. Others thought it could be a giant turtle that lost its shell. Ultimately, no one could identify it for certain. 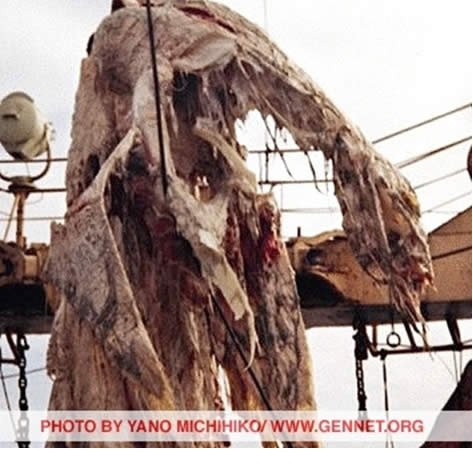 Upon returning to Japan, the tale was related to company officials, and the photographs were examined. A press conference was held to announce the finding, leading to widespread coverage of the discovery of this “sea monster.” Several scientists in Japan strongly suggested that the creature was, in fact, a plesiosaur. Other scientists were less enthusiastic about this identification and stated so publicly.

In creationist circles, this news was greeted with great enthusiasm. What could be more exciting than finding evidence of an allegedly extinct species still alive today! Far and wide creationists proclaimed that a plesiosaur had been found. That rallying cry continues to this day.

What did they really find? Was it a plesiosaur? Does it really matter? Let’s take a closer look.

First, there was really very little examination of the carcass before it was released. The interpretation that this was indeed a plesiosaur is based on a few photographs and a sketch made by a member of the ship’s crew several weeks after the event. It might also be added that the photographs and the sketch were made of a corpse that was already significantly rotted, thus adding to the difficulty of precise identification.

Is our evidence strong enough to continue to perpetuate the plesiosaur tale?

As the plesiosaur tale has spread (and taken on a life of its own), some have claimed that DNA analysis confirmed the identification of the carcass as a plesiosaur. This report has no basis in fact. DNA analysis was not performed. Furthermore, even if it had been, it could not confirm the identity of the specimen to be a plesiosaur because we have no plesiosaur DNA to use for a comparison. This is another example of how these stories are embellished as times passes.

Third, the most likely resolution to this issue is that the Zuiyo-maru carcass was, in fact, that of a basking shark. Several investigations into this matter have shown that the carcass is very similar in appearance to the rotting corpse of basking sharks. Now, does the comparison of photographs of rotting carcasses give us a definitive answer? No, it does not. However, the weight of evidence suggests enough uncertainty to call into question any definitive identification of this creature as a plesiosaur.

Just look at the “living fossils” that we have in our world today. We have living creatures in the world that were said by evolutionists to have been extinct for millions of years. We have found living coelacanths off the coast of South Africa, and the tuatara in New Zealand and the Wollemi pine in Australia are two more examples of “living fossils.” Furthermore, the fossil record contains many creatures that exist in our world today, which are apparently unchanged for all those “millions of years.” While admittedly, these findings pose a problem for the evolutionists, they are not dissuaded by them.

If a live plesiosaur were found today, it would be of tremendous scientific interest. It is even possible that in the future this might occur. However, as much as some would like to believe that a modern-day plesiosaur has been found, there really is no good evidence at this time. This argument is one more that we believe Christians should not use.