ABC News covered the debate between Bill Nye and Ken Ham with segments in two of their major news programs.

On Ken Ham’s blog today, Ken will show that while ABC TV produced an accurate segment about the debate, another major media outlet dropped the ball in its debate coverage.

Over 70 media representatives attended the debate on Tuesday: 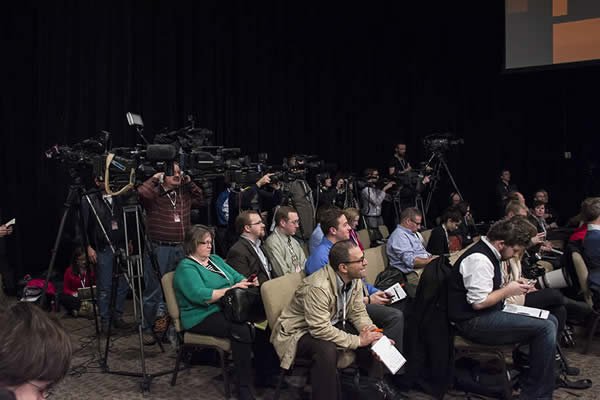 A part of the media contingent at Tuesday evening's Bill Nye/Ken Ham debate on evolution and creation.

Meanwhile, the Bill Nye/Ken Ham debate has been viewed online by at least five million people. You can watch a replay at debatelive.org.