Over the past 30 years of Ken Ham’s personal experience in the biblical creation ministry, he has observed “evolving” (in the sense of “changing”) tactics used by prominent secularists.

Over the past 30 years of my personal, intimate experience in the biblical creation ministry, I have observed “evolving” (in the sense of “changing”) tactics used by prominent secularists to respond to arguments from creationist scholars and researchers. Based on my experience, I would divide the interactions of biblical creationists and outspoken secularists into four basic eras.

When I first became aware of the U.S. creation movement in the 1970s (while I was a teacher in Australia), I learned that Duane Gish (Ph.D. in biochemistry from the University of California, Berkeley) of the Institute for Creation Research was actively debating evolutionary scientists from various academic institutions.

Evolutionists argued back with supposed counters to these arguments. For instance, they claimed that Archaeopteryx was a transitional form between reptiles and birds (since refuted), that the “mammal-like reptiles” were transitional forms, and so on. However, in the long run, such “evidences” were just interpreted differently by both sides according to their starting points—creation or evolution! 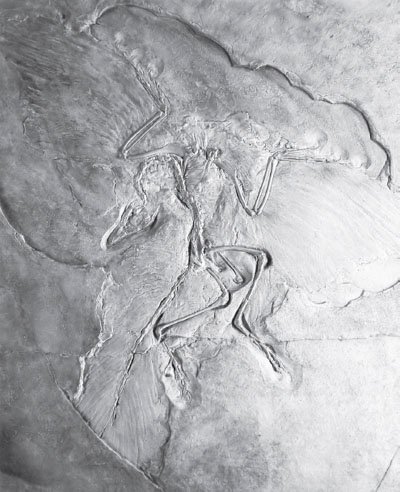 Evolutionists still use this fossil to support the transition of one kind of animal to another. Creationists interpret the same evidence in light of the Bible and come to different conclusions.

The Rise of Creationist Media in the Early 1980s

Although secular educational institutions and secular journals, by and large, taught evolution as fact, I noticed more deliberate attempts to increase public indoctrination about evolution and earth history occurring over millions of years. For this reason, I might also call this the Intensified Evolutionary Indoctrination era.

At the same time, evolutionists increasingly refused to debate creationists. In today’s world (early 21st century), such debates are rare.

Nonetheless, the biblical creation movement began publishing more and more books, videos, and other materials; and the “creation versus evolution” issue rose to greater prominence in the culture and secular media. Secularist opposition to the creation movement intensified, with many articles in print. Although they included some ridicule, many articles tried to outline the supposed scientific reasons why creationists were wrong.

The Public School Controversies of the 1980s and 1990s

Frustrated by how evolutionary teaching had taken over much of the secular education system, and seeing that creation was basically outlawed from the classroom, many Christians tried (unsuccessfully) in the courts to force public school teachers to teach creation in their classes, or at least to allow critiques of evolution.

This era eventually sparked the rise of the non-Christian “intelligent design” movement1—which many Christians thought might be the answer to the education problem—but soon found it was not.

Secularists fought hard to falsely accuse creationists of being anti-science. They typically labeled belief in the Genesis account of history—or even the simple belief that God created—as just a “religious” view, while belief in Darwinian evolution was a “scientific” view.

The Name-Calling Era of the Early 21st Century

No longer satisfied to argue that creationists could not be real scientists and that belief in creation is anti-scientific, secularists began accusing creationists of being anti-technology.

Some secularists have reverted to name-calling in a desperate attempt to discredit biblical creationists. In the early part of the 21st century, articles against the creation movement became more scathing, sarcastic, and mocking, with increasing name-calling. Rather than attempting to use logical arguments to dissuade people, evolutionists mocked not just the Genesis account of creation but also belief in any unnamed intelligence behind the universe.

No longer satisfied to argue that creationists could not be real scientists and that belief in creation is anti-scientific, secularists began accusing creationists of being anti-technology. I began to see the argument appear that people who believe in creation are inconsistent if they use modern technology, such as computers and airplanes, which are products of man’s scientific ingenuity.

Increased name-calling against creationists, in an attempt to defame their integrity, began to appear, not just in newspaper articles but in various evolutionist books and reputable science magazines. Biblical creationists were equated with terrorists, as secular writers used words like fundamentalists to describe both Christians and terrorists. All of this name-calling by unscrupulous secularists is part of a deliberate attempt to smear Christians and use fear tactics to brainwash people into a false understanding of what Christians believe.

This era also saw the rise of the “New Atheists,” who began overtly attacking Christianity and preaching atheism around the world. This radical atheist movement is spearheaded by Dr. Richard Dawkins of Oxford University, summed up in a quote from his best-selling book The God Delusion, in which he vehemently attacks the Christian God:

The God of the Old Testament is arguably the most unpleasant character in all fiction: jealous and proud of it; a petty, unjust, unforgiving control-freak; a vindictive, bloodthirsty ethnic cleanser; a misogynistic, homophobic, racist, infanticidal, genocidal, filicidal, pestilential, megalomaniacal, sadomasochistic, capriciously malevolent bully. Those of us schooled from infancy in his ways can become desensitized to their horror.2

In June of 2008, Paul Myers, associate professor of biology at the University of Minnesota–Morris, decided to oppose me on his blog by beginning a name-calling exercise.

Millions of people, including some of the most knowledgeable biologists in the world, think just about every day that you are . . . [and then he launched into a long list of names, from airhead to birdbrain, blockhead, bonehead, and bozo to sap, scam artist, sham, simpleton, a snake oil salesman, wacko] and much, much worse. You’re a clueless schmuck who knows nothing about science and has arrogantly built a big fat fake museum to promote medieval [expletive]—you should not be surprised to learn that you are held in very low esteem by the community of scholars and scientists, and by the even larger community of lay people who have made the effort to learn more about science than you have (admittedly, though, you have set the bar very, very low on that, and there are 5 year old children who have a better grasp of the principles of science as well as more mastery of details of evolution than you do).3

More troublesome is the accusation, which I now observe from different sources, that creationists and Christians are “child abusers.” Such an emotionally charged term is really meant to marginalize Christians in the culture. If the secular elite had total control of the culture, they could prosecute this in the courts.

Richard Dawkins agrees that this term is appropriate for Christians who teach about the doctrine of hell: “I am persuaded that the phrase ‘child abuse’ is no exaggeration when used to describe what teachers and priests are doing to children whom they encourage to believe in something like the punishment of unshriven mortal sins in an eternal hell.”4

In chapter 16 of the best-selling book God Is Not Great, entitled “Is Religion Child Abuse?” another New Atheist, Christopher Hitchens, answers the chapter title in the affirmative, claiming that all related customs, such as circumcision, are child abuse. He even equates teaching children about religion to indoctrination and child abuse.

When the Creation Museum opened near the Cincinnati International Airport on Memorial Day weekend 2007, secular scientists and an atheist group demonstrated outside the museum with signs simply mocking my name, such as “Behold, the curse of Ham,” rather than using logical scientific arguments to argue their case.

Resorting to such name-calling not only shows that this issue strikes at deep spiritual problems, but that those who can’t prove their position by logic or science are driven by emotion. We can expect such name-calling to increase as secularists become more frustrated in not being able to refute the powerful truth that the Creator is clearly seen (see Romans 1:18–20) and “in the beginning God created the heavens and the earth” (Genesis 1:1).

We need to remember what God said in Proverbs 21:24: “A proud and haughty man—‘Scoffer’ is his name; he acts with arrogant pride.” In contrast, God expects His people to take the higher ground, to earn a reputation for kind and gentle words, as we speak “the truth in love” (Ephesians 4:15). The theme verse of my life and Answers in Genesis includes every Christian’s duty to give answers “with meekness”:

But sanctify the Lord God in your hearts, and always be ready to give a defense to everyone who asks you a reason for the hope that is in you, with meekness and fear (1 Peter 3:15).

Next Chapter Where Was the Garden of Eden?