A Historian Looks at the Idea of Human Evolution Before Darwin …

Speculation about the development of man through various stages preceded Darwin’s theory by hundreds of years. Darwin’s theory did impact upon that speculation but only after it was well developed. This speculation about human development came about through the bringing together of various ideas. One was that all things worked according to fixed laws without the intervention of God.1 This idea developed through taking the biblical teaching of the providence of God and secularizing it.2 A god who made everything and then left it to run according to fixed laws seemed attractive (this idea is often called deism). It was presented as a creed that all of Europe, divided by the devastating wars of religion which followed the Reformation, could believe.

That belief had implications: there must be a potentiality built into everything at the original creation. In order to minimize or even avoid anything which smacked of the miraculous, because miracles meant an intervention of God outside of the laws, things were seen as developing by this in-built potentiality. 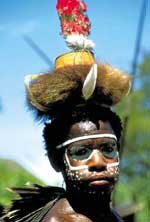 The idea of things developing by some sort of potentiality was aided by the notion of progress which became very popular in the early modern period. Europe saw itself as having surpassed the great accomplishments of antiquity and as progressively accomplishing greater and greater heights of civilisation.3 This was in part a theory which developed by secularizing the biblical picture of history moving towards the culmination of the Kingdom of God. If history between the times of the Greeks and the Romans and modern times could be read as progress, then surely history before the Greeks and the Romans must have been a progress from even more primitive beginnings.

That is, there must be a development of man from a primitive condition rather than the more miraculous creation of man fully civilized. This theory developed in conjunction with the realization that “primitive” man still existed: the European exploration of Africa and particularly the Americas presented evidence of people who were technologically less developed than Europeans. They were seen as at a stage which Europeans had left behind.4

The Spanish conquests in the Americas raised in a particular way the problem of just what constituted humanness. The Amerindians were not specifically mentioned in the biblical, Greek or Latin texts which were the sources to which the Renaissance appealed. Was that because they were not human? The great attraction of this theory was that it meant they could be treated like animals and worked to death by their European conquerors. It is to the credit of a number of Jesuit thinkers that they argued for the humanity of the Indians (as descended from Adam and Eve) and thus their right to fair treatment.5 However that meant that their relationship to, and difference from, other men had to be explained. Conjecture as to the development and relationships of the human race was inevitable.6

One of the implications of this developing theory of human history was that development was seen as a gradual thing, since it was the outworking of created potentialities under the control of unchangeable laws. Often anti-creationists try to give the impression that the idea of the great age of the earth is a very recent development: until Darwin everybody believed the world was created in 4004 BC. That is quite unhistorical, because ideas of slow development were around in the seventeenth century and became quite popular in the eighteenth century. Probably the best known example of such a model is the geology of James Hutton (1726–1797), which was built upon slow and gradual cyclical change over immeasurable eons of time.7

The observation that there were peoples living according to different lifestyles at different levels of technology was joined together with the deistic idea, of development by processes in which God did not play an active part, by Adam Smith (1723–1790). Smith is generally better known as a pioneer of an economic theory built on the same premises. He said that there were four stages of human society: hunters, nomadic herders, farmers and commercial society.8 The transition from one stage to the other was due to pressures such as increasing population. It was not due to anything revealed by God or a discovery made by a particular individual. These developments in turn gave rise to others. For example, farming meant fields, which meant disputes over property and hence the development of law. Thus civilization is an unplanned consequence of the need to eat.

How did Smith know that humanity had developed through these stages? He did not. Rather he employed the method called “conjectural history.” Starting from the premise that development had to be a consequence of factors built into the creation, he conjectured how mankind might have developed. Even in his own time, it was known that his theory had problems; for example it is very hard to prove that nomadic herding had to come before farming. Nevertheless it was very attractive to people who wanted a god who never intervened in the world.

A theory about technological progress easily passed into a racial theory.

Smith was trying to develop a history of the human race, but there was an obvious inference which could be made from his theory. As Europeans encountered hunter-gatherers, they encountered people who were predominantly dark skinned. Further, the well-known examples of pastoral nomads such as Tartars and Arabs were of dusky complexion. The European agriculturalists were of lighter complexion and the northern Europeans, who were then coming to dominate commerce, were the lightest of all. A theory about technological progress easily passed into a racial theory. Of course, to make it a racial theory, the exceptions had to be ignored, but exceptions had already been ignored in constructing Smith’s original theory of the four stages.

The next stage of conjecture sprang from the discovery of language families9 which could also be correlated—with a similar ignoring of the discrepancies—with racial groups.10 The impact of Darwin upon this speculation about human development came largely in shifting the interest away from racial groups defined by language affinities to trying to define racial groups more in terms of physical features such as head shape and skin colour.11 As a result, some peoples speaking an Indo-European language could be argued to be not racially (i.e. physically) Indo-European.12

A shift away from thinking of people in terms of their language and culture to thinking of them in terms of physical race was necessary for the triumph of the racism of this century—a racism which preaches hatred of people even when they have adopted our culture, language and religion. Those who began the speculation about a history of the human race in which God had no active part to play did not intend the eventual outcome. However, we should not be surprised at such unintended consequences of ideas which attempt to exclude God.