For a while now, there’s been a “hole,” if you will, in our resources—we were missing a book that would dismantle the latest arguments for biological evolution, from both a theological and scientific perspective. We do our best to keep up with the ever-changing evolutionary arguments of our day. Well, our brand-new book, Glass House: Shattering the Myth of Evolution, was written to fill that hole, providing you with cutting-edge answers to the latest evolutionary claims. It’s really a book that goes on the offensive against the prevailing origins myth of our day.

Bodie Hodge is, along with me, a general editor and one of the contributing authors of Glass House. He recently shared with AiG staff in our morning staff meeting about this exciting new resource. 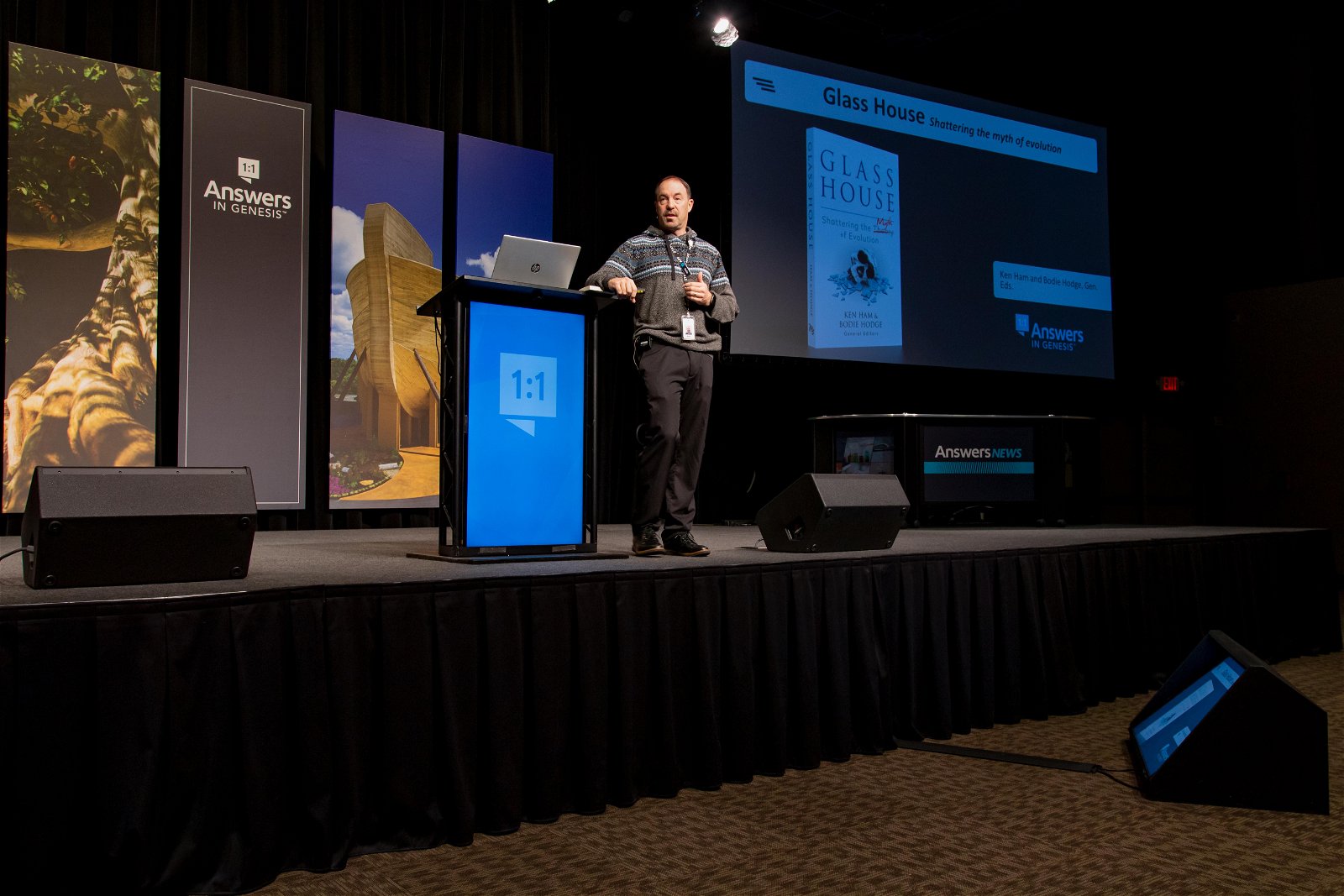 He shared that we wanted this book to enrich and equip biblical creationists, as well as be a resource that would challenge both secular evolutionists and Christians who compromise with evolution and millions of years. That’s why we didn’t just deal with the scientific issues in Glass House. This book begins by defining evolution, science, methodology, then delves into the history of belief in the earth supposedly being very old, atheistic religions, and more to give the reader a solid grounding in the theological and philosophical implications of evolution and millions of years. It’s a great way to open the eyes of an evolutionist to the religious nature of this worldview.

The next section of the book jumps right into the scientific arguments used in favor of evolution. Some are the so-called “classics”—like the peppered moths—and others are more recent, such as chromosome 2 fusion. Concepts covered include: 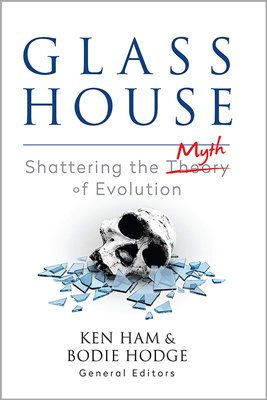 Order your copy of Glass House: Shattering the Myth of Evolution today!

As you can see the book covers a wide range of topics! After looking into the science disciplines, Glass House concludes with a few chapters on the implications of the evolutionary worldview. After all, ideas have consequences and evolution is an idea with far-reaching consequences.

Each of these chapters is written by experts, including scientists with degrees from prestigious universities (two of them with science PhDs from Harvard). I was honored to be one of the general editors as well as co-author of the preface with Bodie Hodge. I also wrote the first chapter on evolution and the church and co-authored the gospel-centered conclusion with Avery Foley.

I encourage you to order your own copy of Glass House today from AnswersBookstore.com.

Previous Article Make Plans to See Patterns of Evidence: The Moses Controversy in Theaters Next Article Spend Spring Break at the Ark Encounter and Creation Museum