Taking Offense at the Cross?

Lidl, a European budget supermarket chain, is facing backlash for an image found on the blue and white packaging of their Greek foods. The photo shows the famous Anastasis Church in Santorini, Greece. This church sports a small cross on its dome in real life, but this cross has been removed from the packaging image. 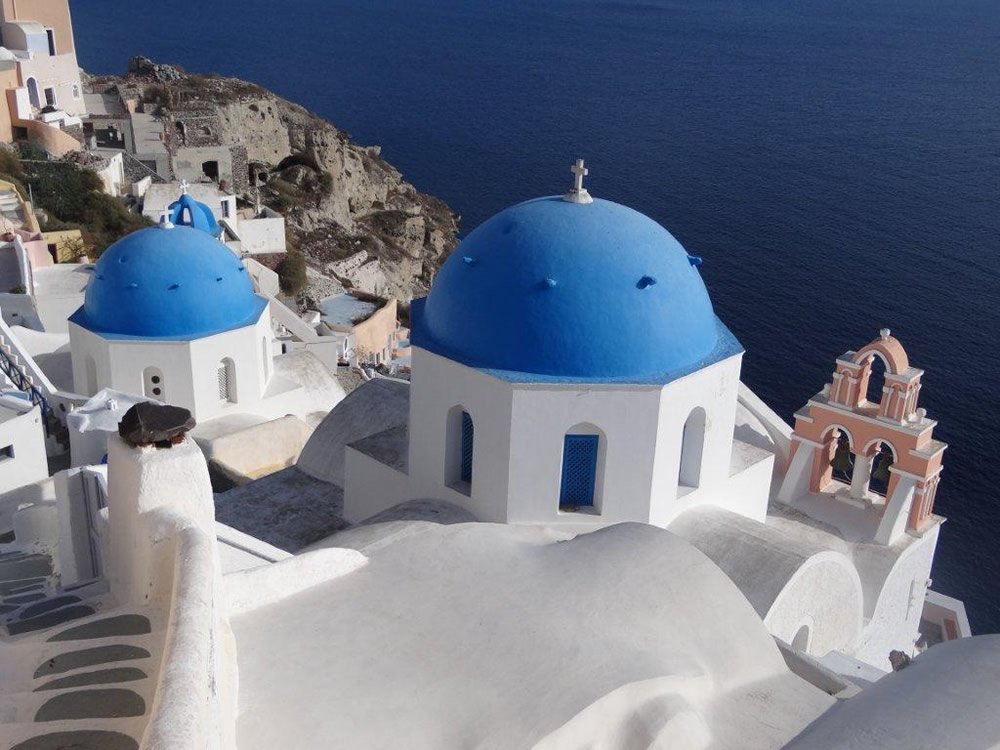 Photo by Mark Looy of the Anastasis Church that is now in the news.

The company claims that by removing the cross they were trying to remain “religiously neutral.” In reality, they were really trying to erase Christianity. Taking a Christian building, with a Christian symbol, and erasing that symbol is trying to airbrush Christianity out of it. It’s anything but neutral—it’s deliberate opposition to Christianity. Besides, as the Bible teaches, there is no neutral position (Matthew 12:30). (I’ll say more about this below).

Who is really being intolerant? Those who are opposing Christianity.

We’re finding that more and more people are trying to be “tolerant” and “neutral” and, in doing so, are accepting anything but Christianity. You can believe anything you want—unless you happen to believe the Bible. Suddenly, believing the Bible makes you intolerant! But who is really being intolerant? Those who are opposing Christianity. (Just go on my Twitter feed for a few minutes to read what’s tweeted at me, and you’ll quickly see who is intolerant!)

The Myth of Neutrality

What does the Bible say about neutrality?

Whoever is not with me is against me, and whoever does not gather with me scatters. (Matthew 12:30)

There is no neutrality—you are either for Christ or you are against him. With only two options, each of us must make a decision if we will be for Christ or against him. And this goes much deeper than a dispute over a cross on packaging. Your response has eternal implications. Will you receive Christ into your life and live, or reject Christ and die in your sins, separated from him for all eternity? I urge you today to receive the free gift of salvation in Christ!

For the wages of sin is death, but the free gift of God is eternal life in Christ Jesus our Lord. (Romans 6:23)