What does the creation-evolution debate have in common with climate change controversy? Ideas about both are determined by “starting points.” For those who begin with the false belief that the earth is millions of years old, climate change is alarming—the truth is, it’s real but not alarming!

Starting with God’s Word, we know there was a catastrophic global Flood 4,300 years ago that totally changed the climate. The earth is still settling down! Climate change has been a reality since the global Flood. But those who deny the fact of a global Flood will not understand climate change.

Thousands of scientists say that they don’t agree that man is the main cause of climate change. Many don’t believe there is a climate crisis. Some studies suggest climate change is actually caused naturally—we need to be careful about claims made by climate-change alarmists.

Much of the climate change alarmism is based on dating methods, such as ice core dating, that supposedly give the climate tens of thousands of years ago. But the earth isn’t that old!

I see a lot of appeals to dating methods by skeptics who comment on my social media. Those who believe millions of years appeal to dating methods, but most can’t explain them or their assumptions. Most of those who believe evolution just regurgitate info from textbooks or documentaries and make grandiose statements. Many who believe millions of years often appeal to carbon dating, which has nothing to do with such long ages. Even secular scientists agree that at most carbon dating can yield dates of 95,000 years. This shows a lack of knowledge on the subject. Secularists often claim light from stars disproves a young universe—but believers in billions of years have a light-time-travel problem too.

Many get emotional when the idea of millions of years is challenged since they need an incomprehensible amount of time to propose the impossible process of evolution. If millions of years is not true, what other option is there for secularists? Believe the Bible? They don’t want to do that! It’s a spiritual battle, and they’re in rebellion against God.

Evolutionists need to come clean and admit they have beliefs. They didn’t see dinosaurs supposedly evolve into birds—that’s a belief. Those who reject God did not see the universe and life come about by natural processes—that’s their belief, and naturalism is their religion.

Those who believe in the supposed big bang did not see it happen—it’s their belief. It’s about time evolutionists admitted they have beliefs!

Evolutionists change their models as to how evolution supposedly happens, but most won’t change their belief that life and the universe evolved. Why? Because that would mean the Bible is true, and they must repent of their sin.

Creation vs. evolution is not religion vs. science! It’s religion vs religion! It’s God’s historical science vs man’s historical science. Those Christians who accept billions of years don’t get it from Scripture but from man’s religion of naturalism, and they impose it on Scripture. At Answers in Genesis our focus is not a young earth but biblical authority, and as a consequence we are young earth. Old earth ideas are based in naturalism.

At Answers in Genesis our focus is not a young earth but biblical authority, and as a consequence we are young earth.

Some say Genesis is just poetry and not meant to be taken as literal history. But Genesis is not written as poetry—it’s historical narrative—the account of the only 100% true and reliable history of the earth and universe. Every major biblical doctrine of theology ultimately directly or indirectly is founded in the first 11 chapters of Genesis. Christians who believe evolution are really attacking the character of God and undermining the authority of His Word—they need to repent.

Evolution is really the pagan religion of our age, which is trying to justify life and morality without God. People cling to naturalistic evolution because it’s their (false) basis for determining their own morality, and they reject being subject to their Creator. Sadly, evolution is promoted to the church by organizations like Biologos. These organizations are no different from the priests of Israel who compromised with the pagan religions of their age (1 Kings 12:26–31). How arrogant of man to tell God that His Word in Genesis doesn’t mean what it states and that it has to be changed to accommodate man’s religion of evolution!

Remember, with study Bibles and commentaries, the text of Scripture should always be the commentary on the notes! Only God’s Word is infallible!

AiG Provides Resources for the Church

At Answers in Genesis we distribute millions of resources (such as books, DVD’s, and curricula) around the world, impacting millions of people with the truth of God’s Word. 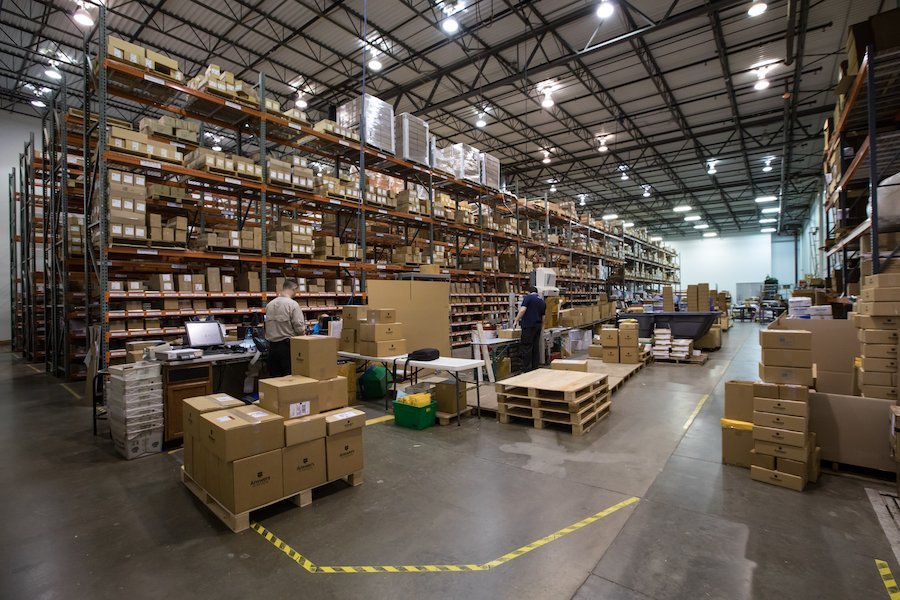 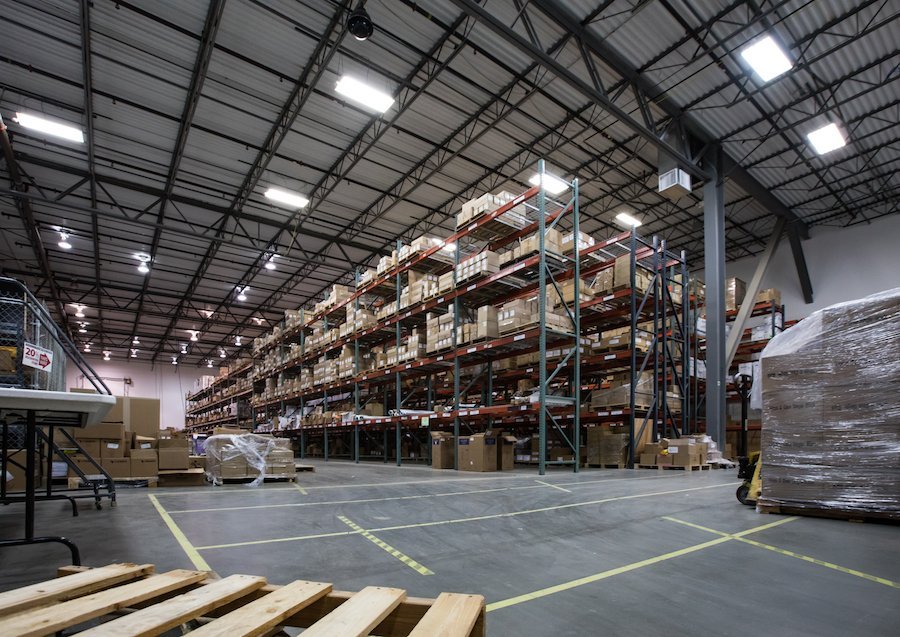 For example, thousands of churches will be using our VBS curriculum. This year’s theme is Operation Arctic. Our warehouse is already busy shipping this very popular program. 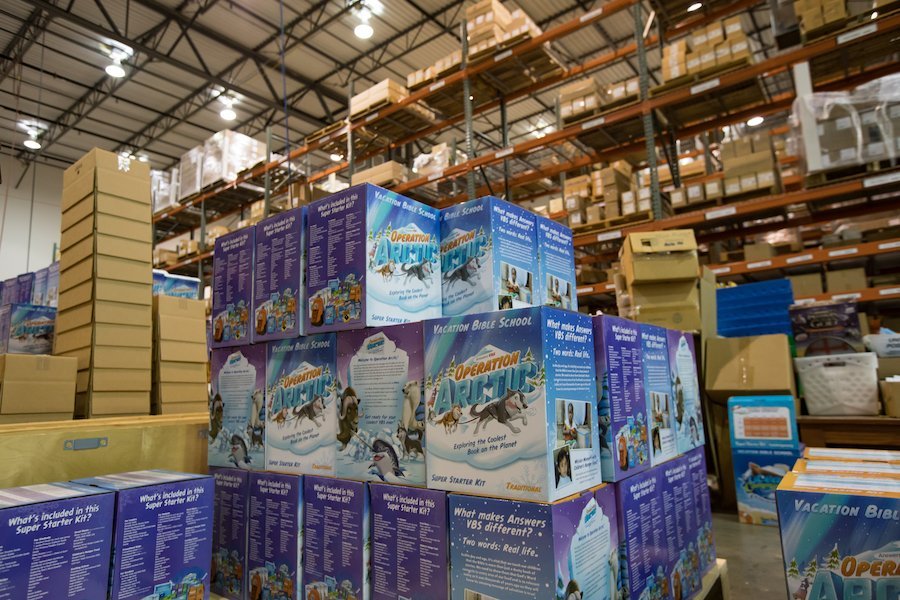 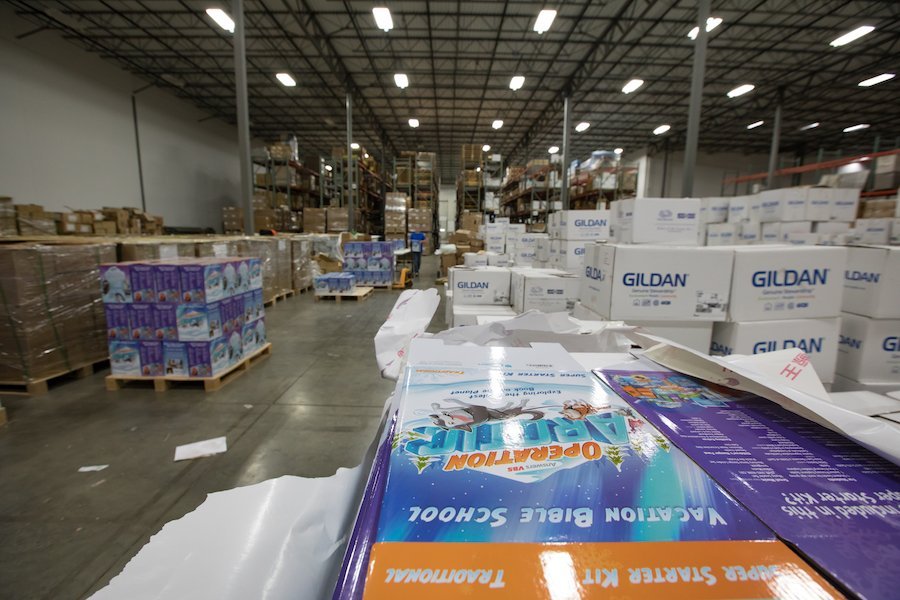 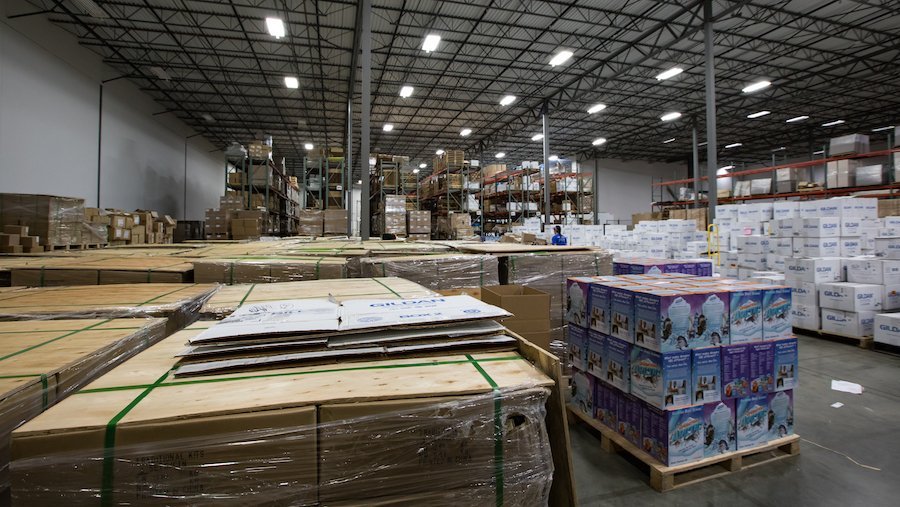 Previous Article Ark Visitors from Ukraine Next Article Did You Know All This Was Happening at Ark Encounter?