Can Christians believe in millions of years? Yes, inconsistently. Christians who believe in molecules-to-man evolution and millions of years are undermining biblical authority and thus are undermining the Word of God. Of course, salvation is conditioned upon faith in Christ alone, so you can be a Christian without holding to a young earth. But an old earth undermines God’s Word!

For those Christians who add evolution to the Bible:

But on this one will I look: On him who is poor and of a contrite spirit, And who trembles at My word. (Isaiah 66:2)

Every word of God is pure; He is a shield to those who put their trust in Him. (Proverbs 30:5)

In comments from 2014 that have recently resurfaced, Pope Francis declared that God created using the big bang and biological evolution. Then the pope’s words disagree with God’s Word (Exodus 20:11)! Do we make God a “magician,” as the pope said, if we deny the big bang? No! “For with God nothing will be impossible” (Luke 1:37). Pope Francis went on to say, “Evolution in nature is not inconsistent with the notion of creation.” But it’s inconsistent with God’s Word (Genesis 1:24–25, 31)! No matter what the pope reportedly said, God’s Word contradicts the big bang and evolution—only God’s Word is infallible.

It’s not a matter of what God could have done but what God said He did!

You see, it’s not a matter of what God could have done but what God said He did! God did not use the horrible evolutionary process of death, bloodshed, disease, and suffering—such things are a result of our sin! After God created man, He said everything He made was “very good” (Genesis 1:31). That’s the opposite of the supposed death-laden evolutionary processes.

Those Christians who say God used evolution are actually saying God calls death and disease (e.g., cancer as seen in fossils) as “very good.” Death is an intrusion because of our sin. God describes death as an “enemy” (1 Corinthians 15:26). God didn’t use death to create—death is the judgment for sin.

Christians who believe evolution are really attacking the character of Christ by blaming Him for death, suffering, and disease! Sin is to blame, and our Creator Jesus Christ paid the penalty for our sin (death) by dying on the Cross, rising from the dead, and He now offers the free gift of salvation.

For our special Christmas light display at the Ark Encounter, we lit the Ark up in beautiful rainbow colors as a reminder of God’s promise to Noah and his descendants. I wrote a blog explaining that we’re “taking the rainbow back,” encouraging parents to teach their young people the true meaning of the rainbow. 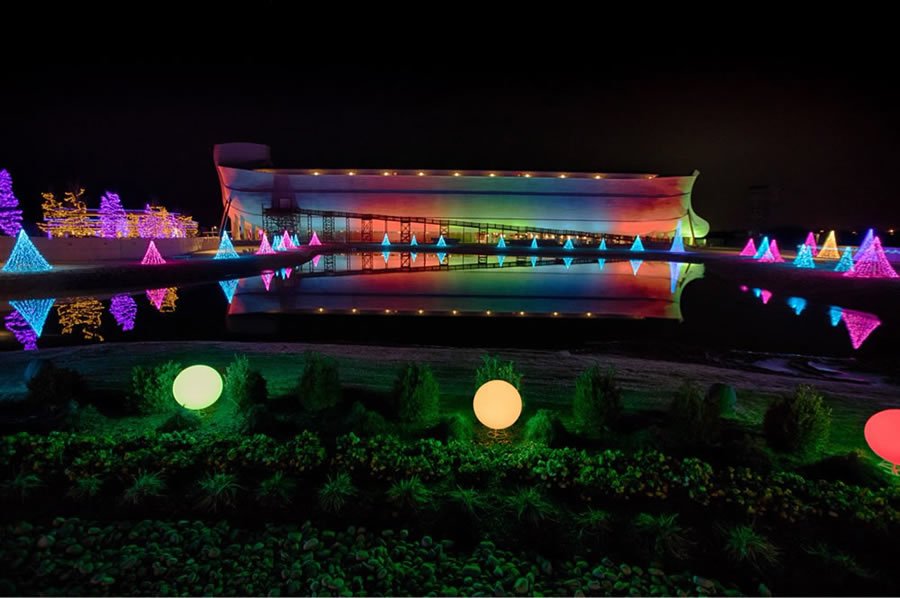 The article that sparked this letter stated that I see rainbow lights on the Ark as a “political statement.” Wrong! It’s a biblical statement. 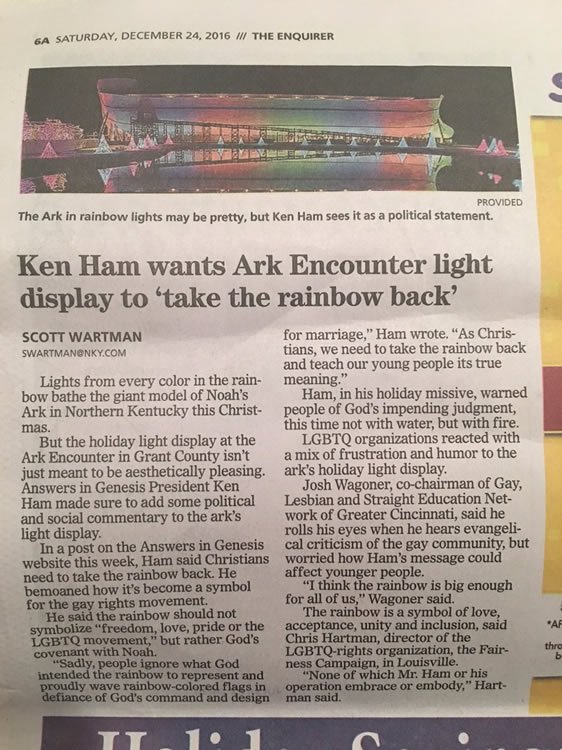 Another Enquirer article declared that our religious attraction, the Ark Encounter in Grant County, has not spurred the creation of new bars in the county after Ark tourists started arriving. One of our staff members said to me,

A religious theme park (Ark Encounter) gets blamed for not bringing enough bars to Grant County! And we also get blamed for raising the real estate values in the area!

Next we’ll get blamed for the Lindbergh baby kidnapping [of 1932].

Don’t you just love the media? 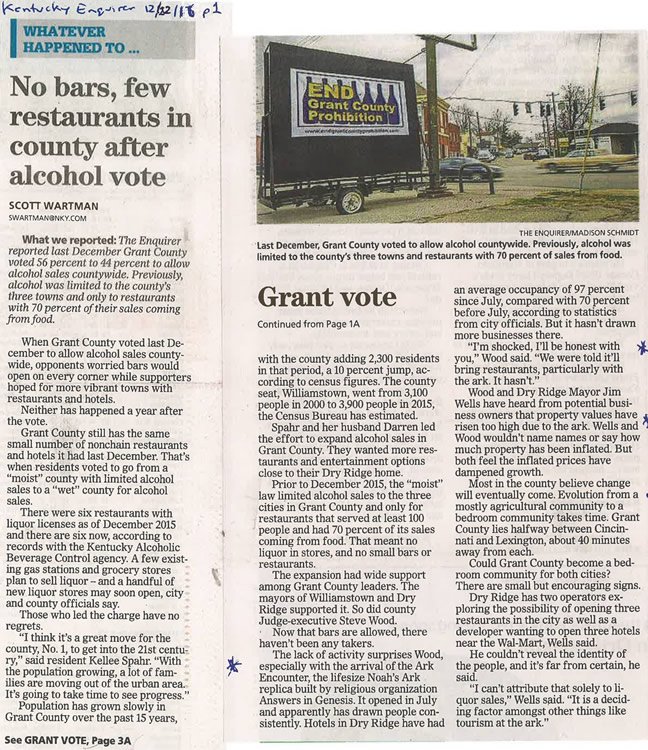 Well, we have learned that we are to “blame" for another thing too. An official with the regional tourism agency wants to “blame" the Ark for something, quipping,

Well, we are “blaming” you for a 10+% increase in hotel RevPar in Boone County. (RevPar means “revenue per available room.”)

Tourism officials are ecstatic that over 50 hotels in Boone County, north of the Ark, are seeing a booming business thanks to the Ark. Hotel (and restaurant) business was already very strong because of Creation Museum guests pouring into the region over the past nine years, but it’s at an even higher level now. There are several dozen other hotels outside Boone County that are seeing full occupancy many days of the year because of tourists visiting the Ark from all over the country (and even from around the world).

The View From the Roof

My wife and I, as well as 3 of our 16 grandkids (and their parents), posed on the roof deck of the Ark Encounter for some unique photos. 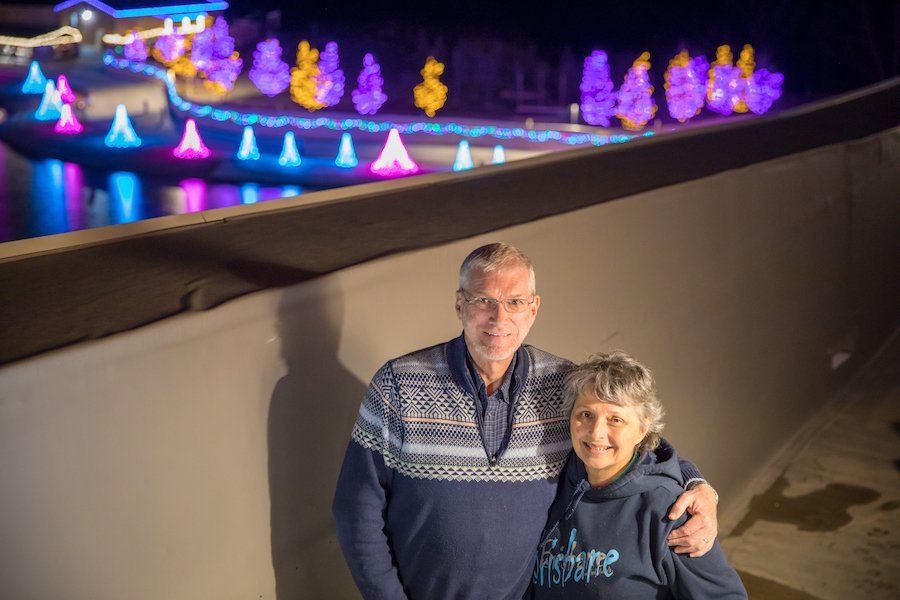 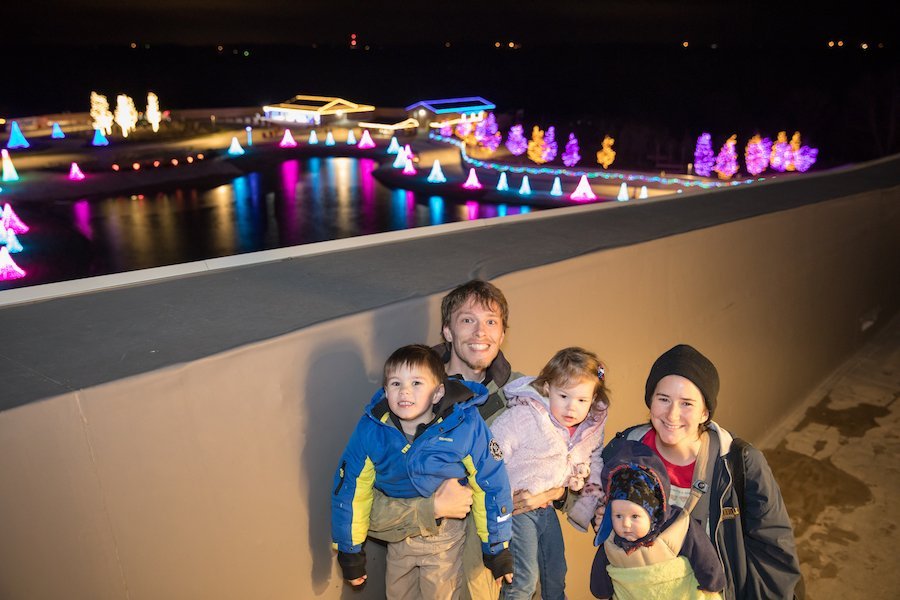 Plan your visit to Ark Encounter at ArkEncounter.com.