Honoring the Legacy of a Faithful Servant

On Sunday, December 18, Marlene Sauer, AiG’s longest serving volunteer, went home to be with her Savior. I had the privilege of honoring her life and legacy by giving a eulogy at her funeral. I thought I would share it with you. 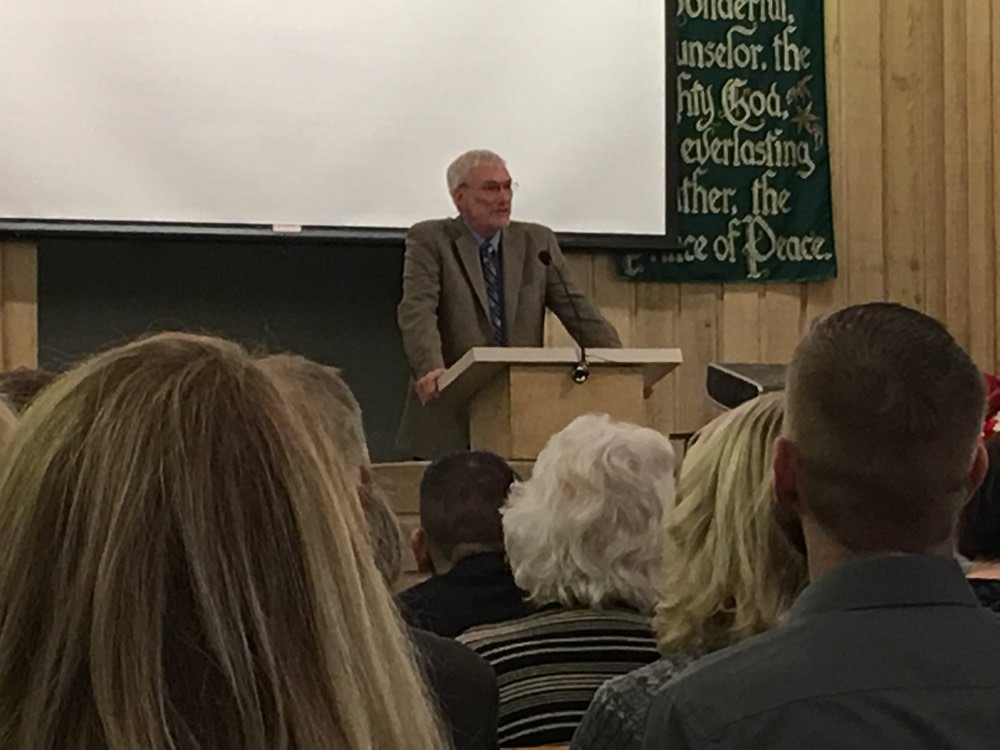 What does Marlene Sauer have to do with Zsa Zsa Gabor and Mother Teresa? Well, now that I have your full attention . . . !

First, though, on behalf of the board and staff of Answers in Genesis, I would like to extend our deep condolences to the Stout and Sauer families. Dick and Marlene certainly left a great spiritual legacy for their families.

We first met Marlene in 1994, just after Mark Looy, Mike Zovath, and I, with our families, moved to Northern Kentucky to begin the ministry of Answers in Genesis. Marlene became a volunteer that year, and served faithfully in that servant role for 22 years—our longest serving volunteer. Her late husband, Dick, who passed away just over a year ago, also became a volunteer not long after Marlene did. And he, along with two other servants of the Lord, Art and Al, who attended this same church, led a volunteer group we affectionately called “The Three Amigos.” 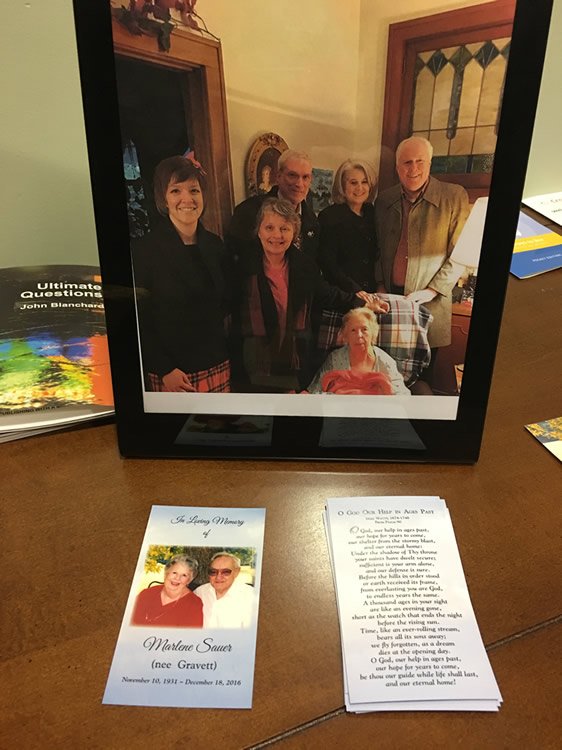 At the memorial service, a photo was on display, showing the Hams and Looys when they visited Marlene earlier this month in her Cincinnati home.

Marlene was not just a friend—she became a member of our AiG family and was loved by all who met and knew her. Words I use to describe her include

Marlene told us the last few years of her life were some of the best because of her ministry at AiG. In fact, she called this church and AiG her family as well.

Marlene got to understand and love my Aussie sense of humor. I think some of the staff may have been shocked the day I went up to Marlene and called her “an old fossil!” She laughed and understood it was my way of expressing love to her! She expected me to call her an old fossil.

I think Marlene would be disappointed if I didn’t say something a little different at this service. 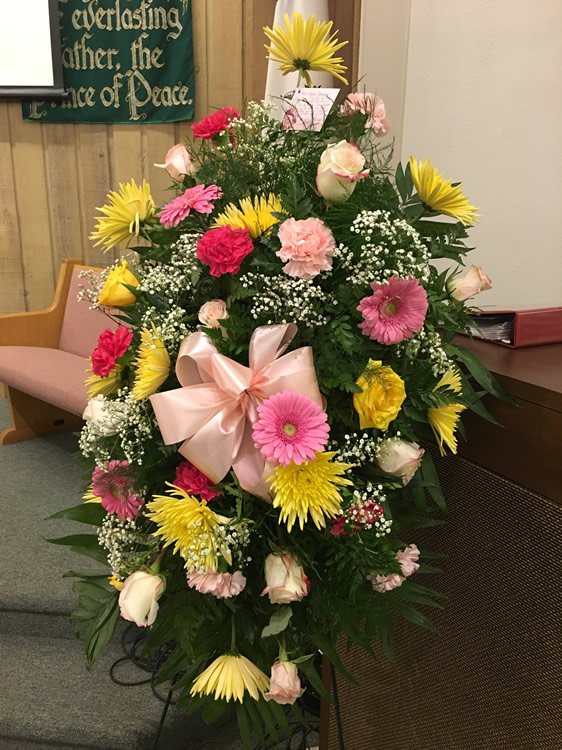 So here we go, as I compare our dear friend Marlene to two famous women: Mother Teresa and Zsa Zsa Gabor.

In September, Pope Francis declared Mother Teresa a saint. Well, that’s a problem! When a human being has to try to declare someone a saint, that’s not good news.

You see, in Romans 1:7 we read, “Beloved of God, called to be saints.” Remember, we don’t become a saint because some human says we are. Everyone who has received Jesus Christ by faith is automatically a saint. Marlene was a true saint who loved the Lord and put Him first in all she did.

On the same day Marlene passed into the presence of her Savior, it was headline news that the celebrity Zsa Zsa Gabor died at the age of 99.

As I read the news article, I couldn’t help but compare Zsa Zsa Gabor with Marlene. It clearly shows the difference between Christianity and the world.

Zsa Zsa had millions of dollars for most of her life, drove a Rolls-Royce, gave pagan advice to people—while being married nine times! She lived in luxury with a lavish lifestyle and was in the media eye constantly! That’s her legacy.

In news articles, reporters said she had a heart attack, and people desperately tried to bring her back to life. As far as we know, Zsa Zsa was not interested in Christian things. So that would mean she had 99 years of a life she wanted to enjoy, the way she wanted to enjoy—and then she faced eternity. Eternity compared to 99 years is a very long time.

Now Marlene didn’t have millions of dollars, and she certainly didn’t drive a fancy car. She only had one marriage. But Marlene was a saint of the Lord. She and Dick left a spiritual legacy, especially as seen in their family. They left a legacy of working selflessly for the Lord in this church and at AiG. Marlene wouldn’t want to be brought back to life—she now spends eternity with her Savior. She didn’t get headlines on Fox News, but she did get headlines in heaven where it matters, as she heard, “Well done, good and faithful servant” (Matthew 25:21). 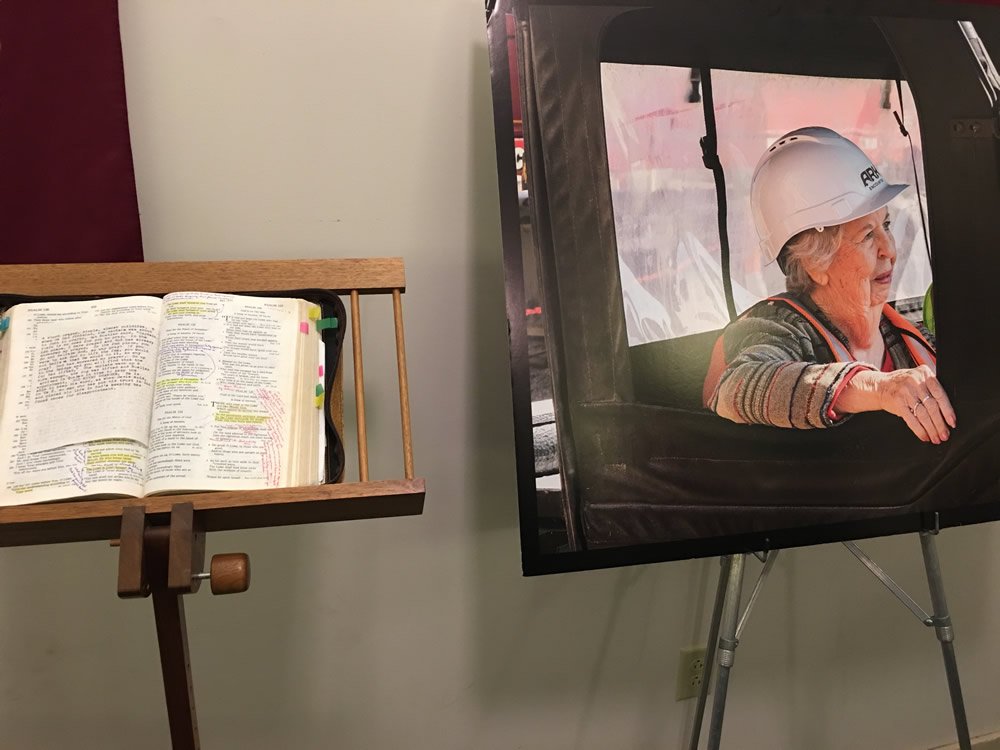 Marlene's well-worn, marked-up Bible was on display next to a photo of Marlene taking a construction tour of the Ark before it opened.

Those of us left here on earth feel the terrible separation when a loved one passes away. This should be a reminder to us of the separation that occurred between God and us because of our sin in Adam. Our sin separated us from our Holy Creator—and death was the consequence.

However God had a plan to enable us to live with Him for eternity. He stepped into history in the person of His Son, Jesus Christ, the God man, to pay the penalty for sin by dying on the Cross. He conquered death and offers a free gift of salvation.

The Bible describes death as “an enemy”—an intrusion because of sin. But through death, the Lord provided a way for us to be with Him for eternity.

That’s why we read in the Scriptures, “Precious in the sight of the Lord is the death of His saints” (Psalm 116:15). 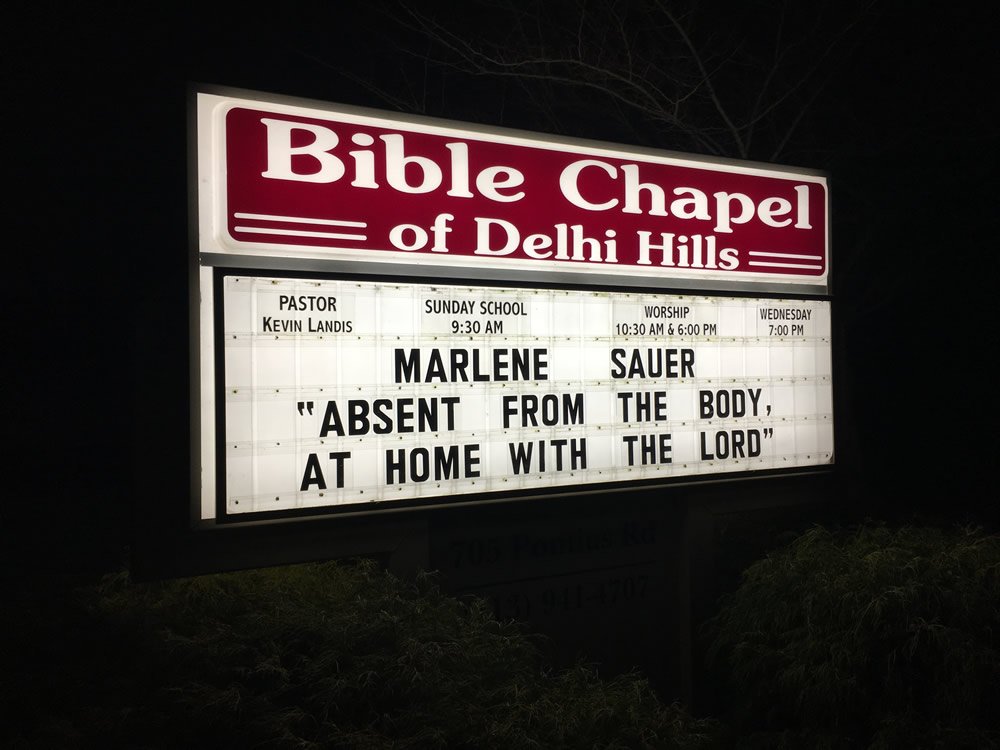 For her family and friends, being separated from Marlene is sad. But from the Lord’s perspective, it’s precious, as she now spends eternity with her Creator and Savior—and all the true saints of the Lord.

It was a privilege to know such a saint.

Marlene was buried next to her husband in the Kentucky Veteran’s Cemetery North, close to the Ark Encounter.

Previous Article Everyone Must Give an Account to God—Even the President! Next Article Visitors Come from Everywhere—Even Down Under!