Our CCO and VP of Outreach Mark Looy was in Arizona recently to visit family and ministry friends. He dropped by the Creation Research Society (CRS, founded in 1963) research center located in Chino Valley, and met with microbiologist Dr. Kevin Anderson, the director of CRS’s Van Andel Creation Research Center.

In this photo, Dr. Anderson is standing near specimens of dinosaur remains that may contain tissue, which he hopes will show that the remains have been preserved for only thousands (not millions) of years. The CRS research is a part of ongoing creationist studies to show the scientific world and the general public that soft tissue found preserved in dinosaur bones lends powerful evidence to the creationist contention that dinosaurs have lived in recent times, not over 65 million years ago according to evolutionary history. These findings confirm the Bible’s teaching that dinosaurs and humans were created on Day Six of Creation, and thus lived alongside humans. Find out more about this fascinating, evolution-disproving topic on our website. 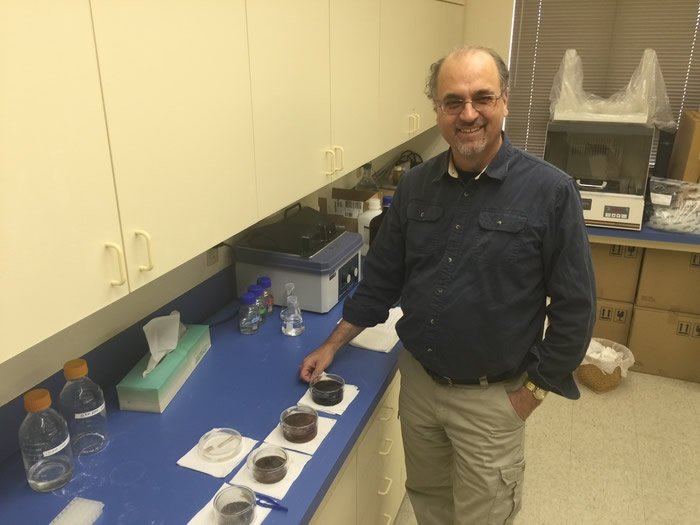 By the way, we encourage our Arizona supporters to hear Dr. Anderson speak at Arizona State University in Tempe on Wednesday, April 20 at 7 p.m. in Neeb Hall. These free talks will be on the genetic challenges to Darwin, followed by a presentation on dinosaurs.