I first met Dr. Gary Parker over 25 years ago on one of my speaking tours in the USA, when I was still living in Australia. Gary and his wife Mary became close friends. At the time, Gary was working for the Institute for Creation Research.

Dr. Parker is one of the best communicators I have ever heard, and he is also a great writer. His book Creation: Facts of Life (available from the AiG online bookstore) is still one of the best resources to help people know how to counter the so-called scientific arguments for evolution.

Dr. Parker spoke at the Creation Museum yesterday—both times the auditorium was full to overflowing (over 400 people). He addressed our staff this morning and will also speak twice again today at the museum. This has been a unique opportunity to hear one of the best communicators in the creation ministry in the world.

Find out more about his museum in Arcadia, Florida and the different excursions he organizes at CreationAdventuresMuseum.org. 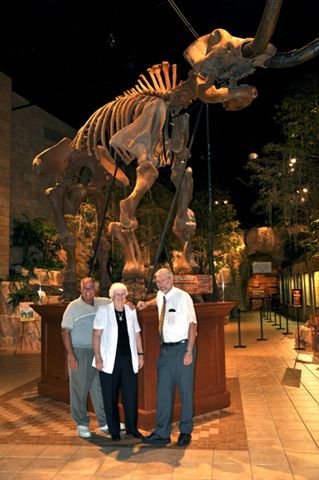 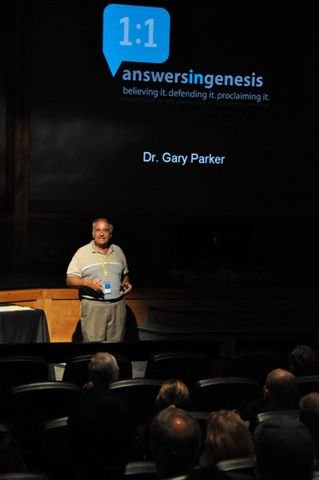 In our new book Already Gone, chapter 2 is titled, “The Sunday School Syndrome.” The research in the book (conducted by America’s Research Group) is based on a survey of “20 somethings” who used to go to church as kids but no longer go to church.

We divided that group of 1000 into two groups: those who went to Sunday school as kids and those who didn’t. What we found was that those who went to Sunday school were worse off—were more anti-church, more likely to defend “gay” marriage and abortion, now that they are in their 20s. They gave reasons such as Sunday school teachers teaching the Bible as a book of “stories” (which comes across to kids as “fairy tales”) and not teaching students to defend the Christian faith—not preparing them with answers for the skeptical questions and accusations of the world.

Sunday school was hardly advanced theology. Most of the programs ran parallel to the regular school year. During the Sunday-school “year” there wasn’t time to cover much beyond the major Old Testament stories and the Gospel stories about Jesus. Acts and the Epistles always got short shrift. (I was an adult before I realized that St. Paul wasn’t one of the original 12!) We either tormented or adored our Sunday-school teachers. Some are dear to us still. In short, Sunday school was a civilizing experience that assured some level of religious literacy.

Fewer children are having that experience, though. Like West Olive United Methodist, many churches have drastically curtailed or given up entirely on Sunday school for children. Two years ago, Bruce Morrison, an official with the Missouri Baptist Convention, wrote about attending a “ministry conference where several denominations were represented.” During a break, he recalled, “I overheard a discussion between several of the attendees about the value of Sunday School in todays culture. The implication was that Sunday School ministry in the local church is obsolete.”

There is no doubt most Sunday schools need radical surgery. If you haven’t read Already Gone, which discusses the problems with Sunday schools and suggests solutions (all based on real research), I urge you to do so. You can obtain a copy of Already Gone from AiG’s online bookstore.

There I will meet

(Exodus 25:22) And there I will meet with you, and I will commune with you from above the mercy seat

When we received the Lord Jesus Christ as Savior, we discovered the only place where we could reach God was at the Cross where His blood was shed for us.