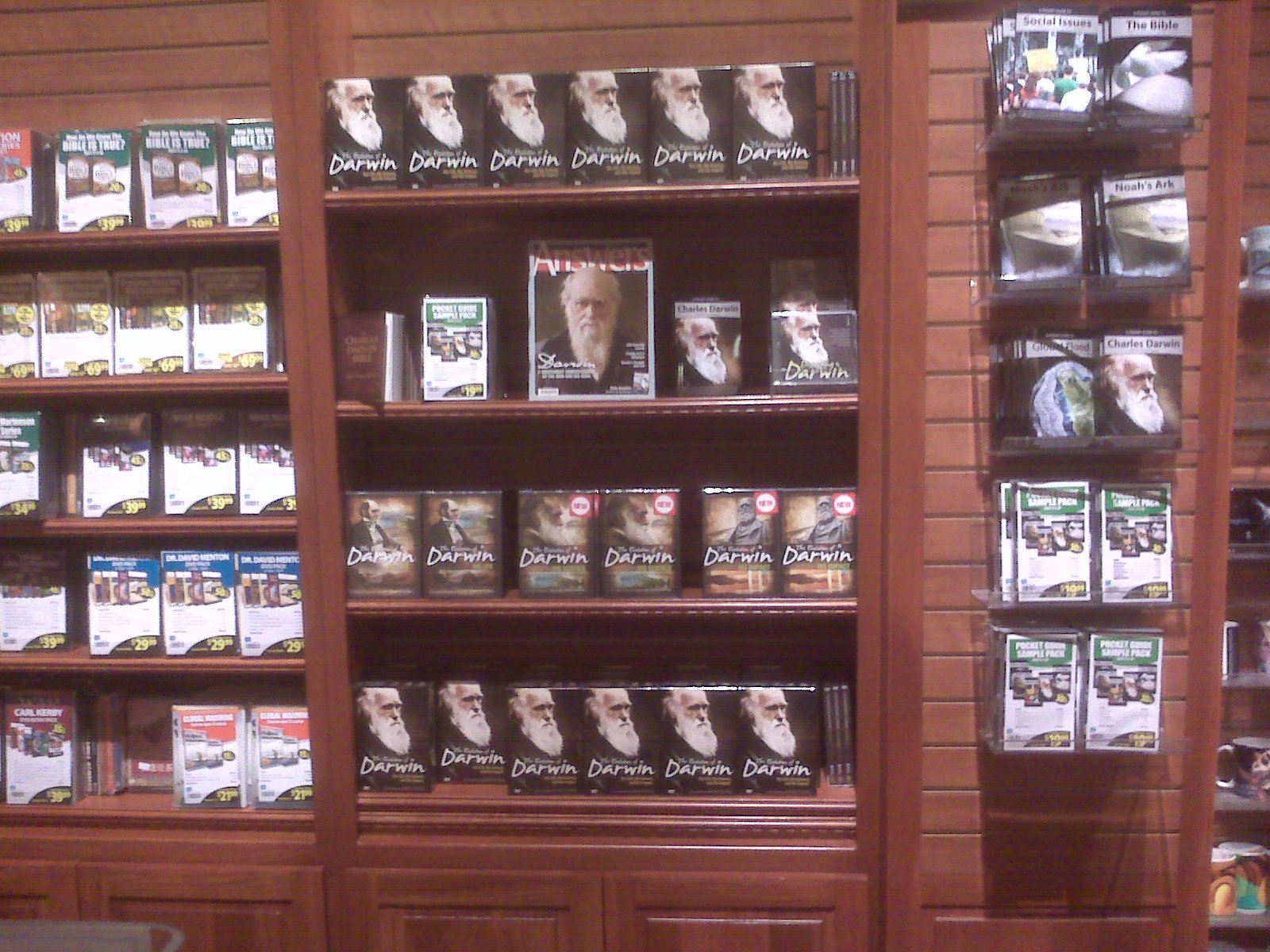 The above photograph is of a new section in the Dragon Hall Bookstore at our Creation Museum, featuring special resources that particularly deal with Darwin and his evolutionary ideas (this year marks Darwin’s 200th birthday). We offer a number of resources (all available from the AiG online bookstore), including the new three-DVD box set called The Evolution of Darwin series.

You can order this set from the AiG online bookstore (or visit the Dragon Hall Bookstore).

Buddy Davis of our staff has been in Montana digging up dinosaur bones. 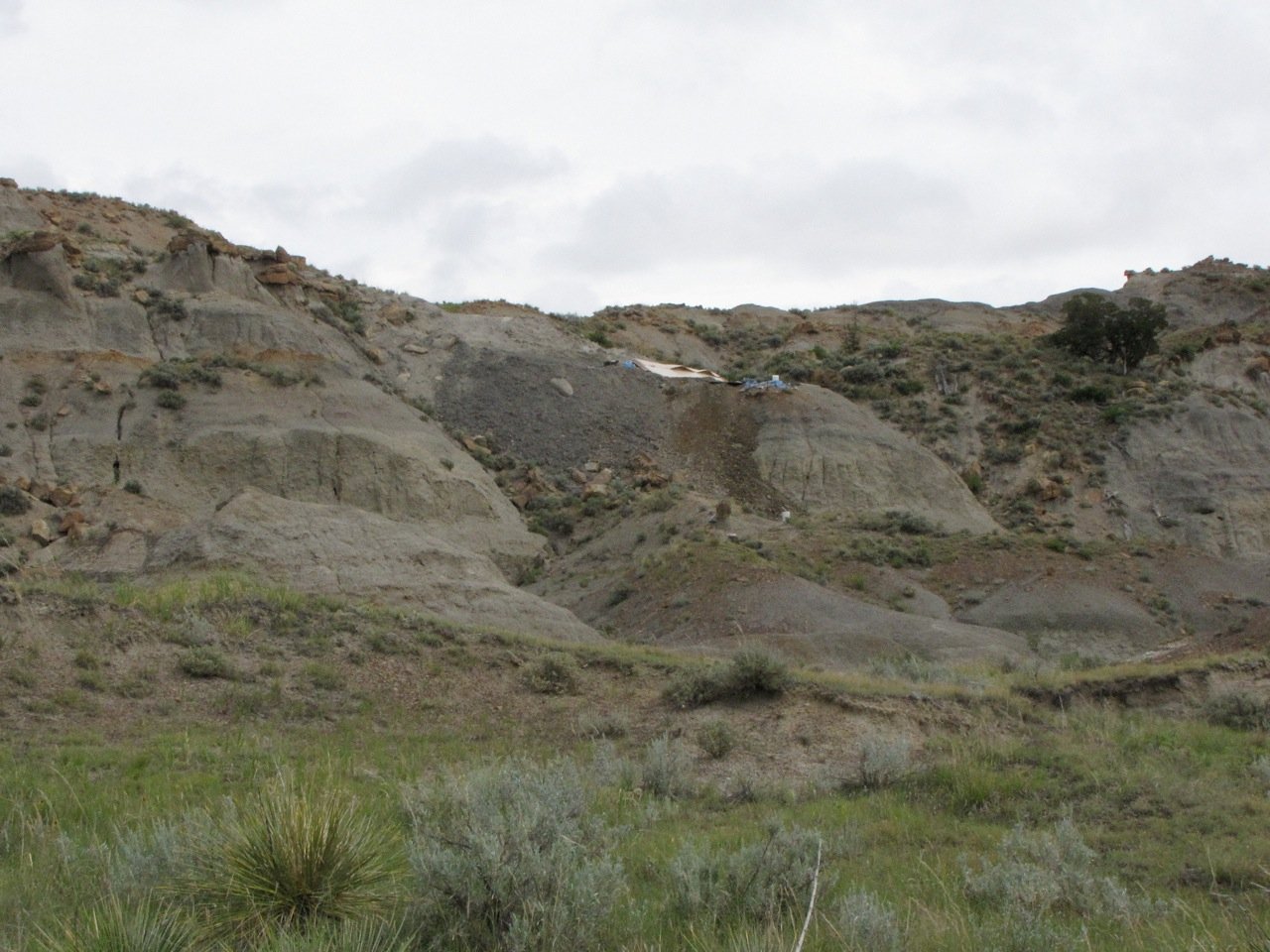 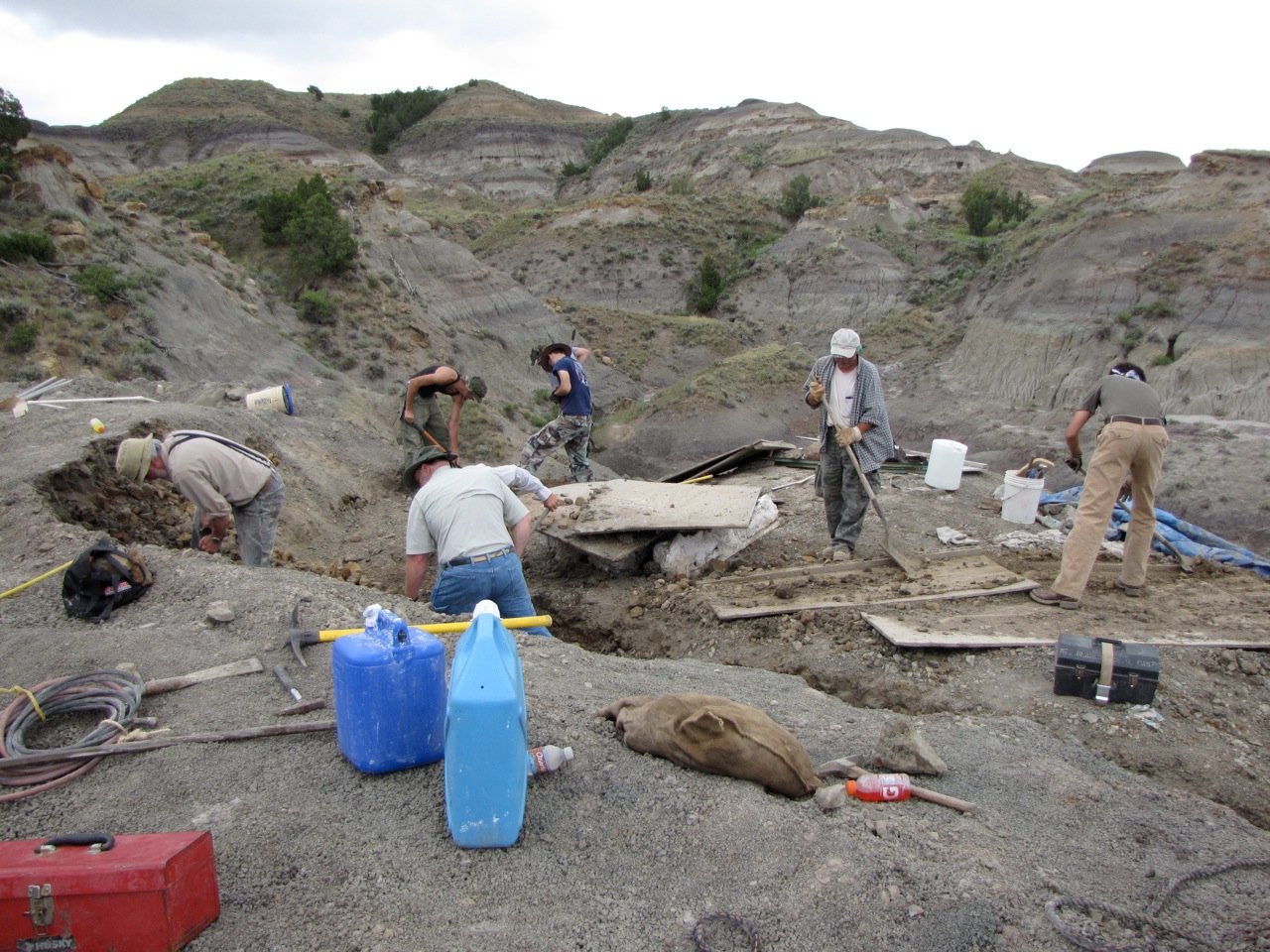 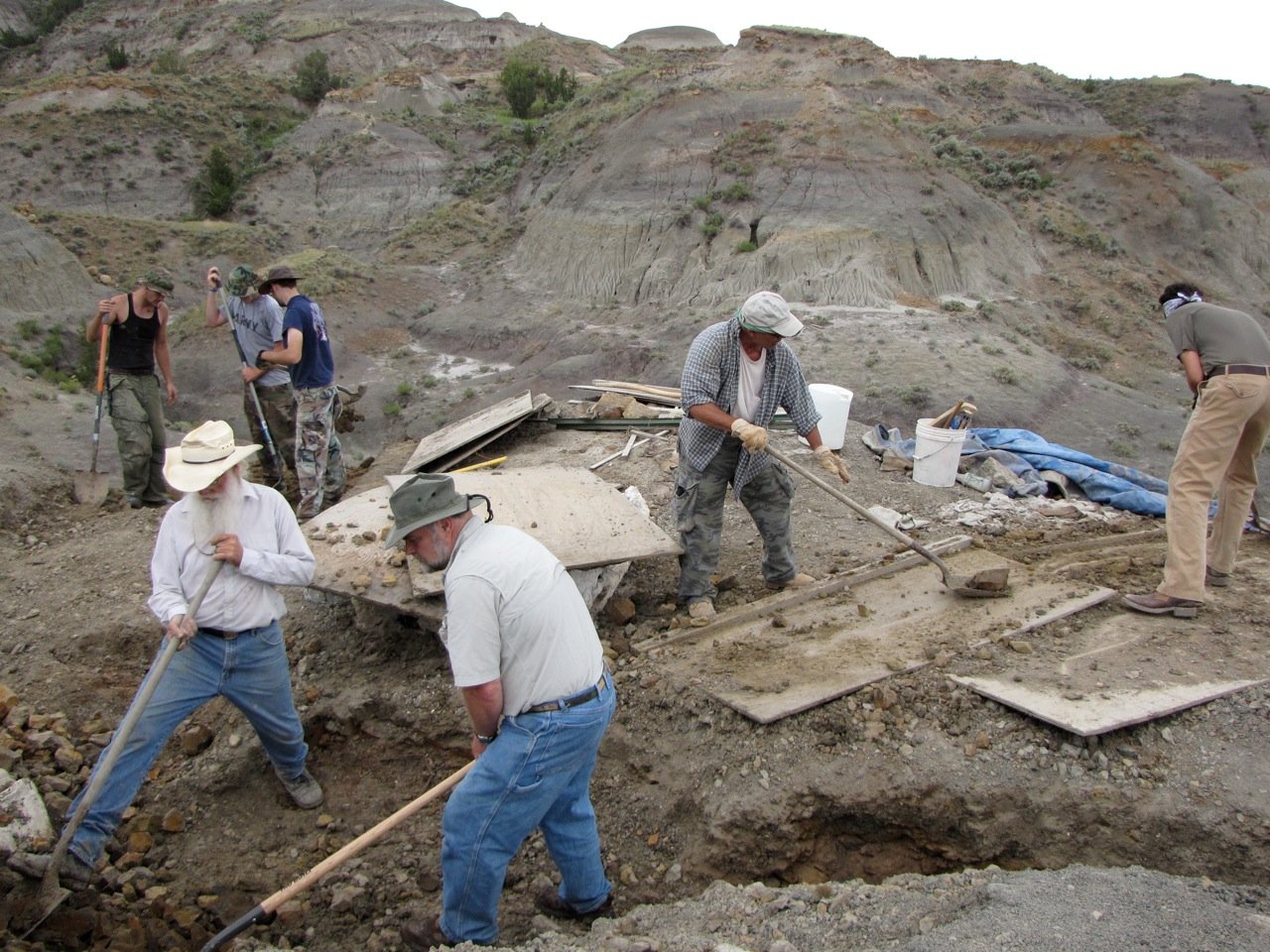 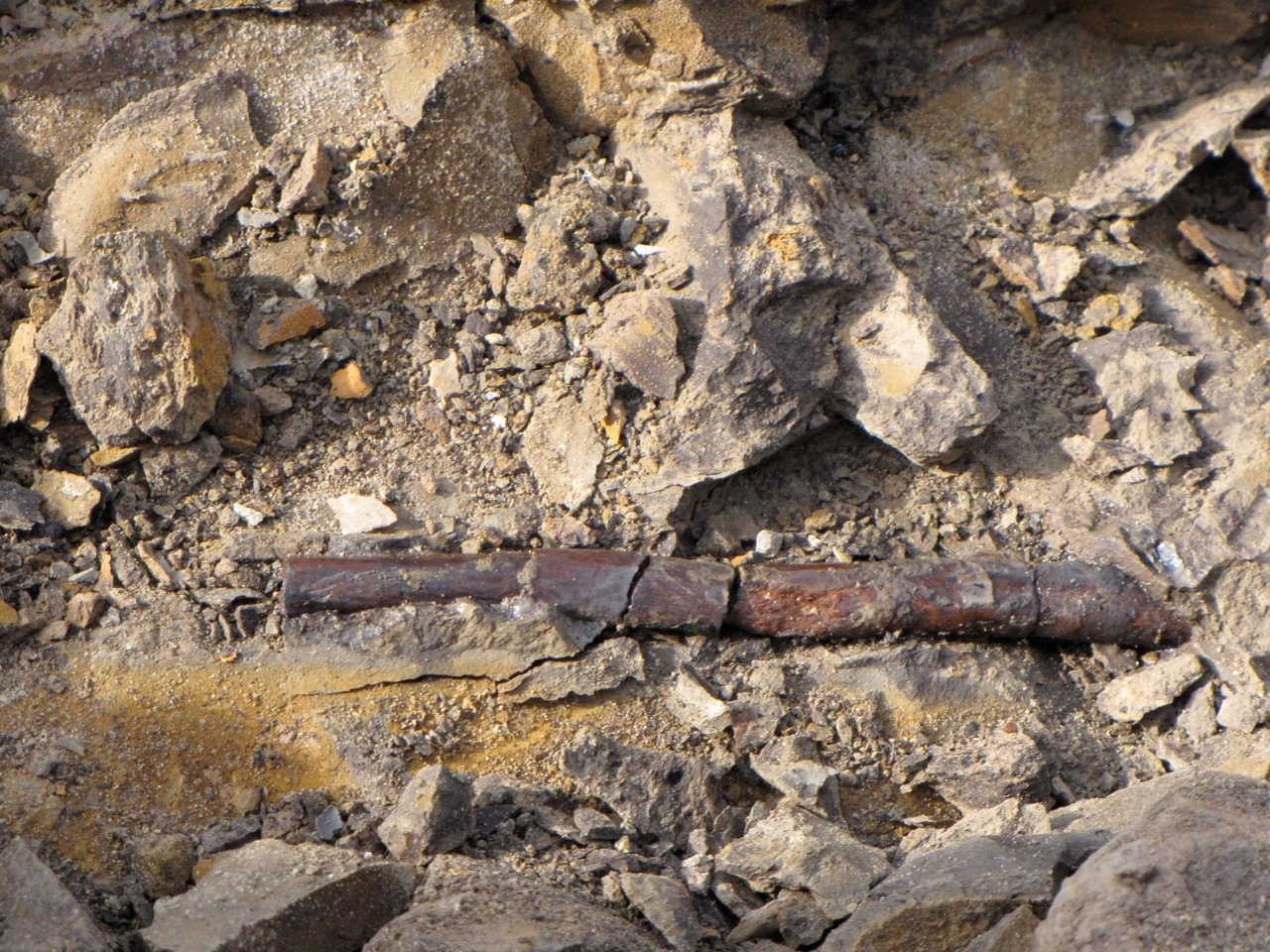 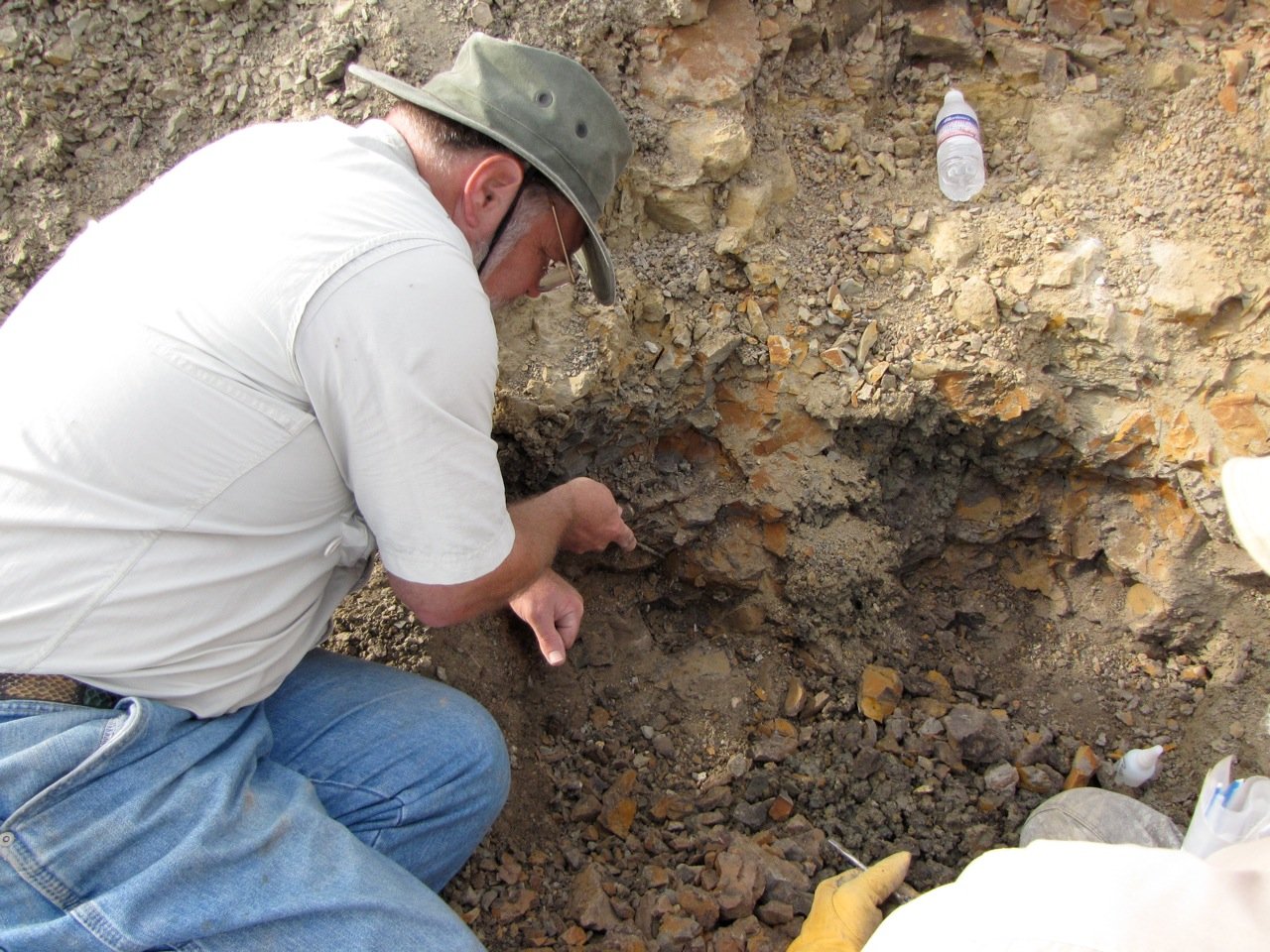 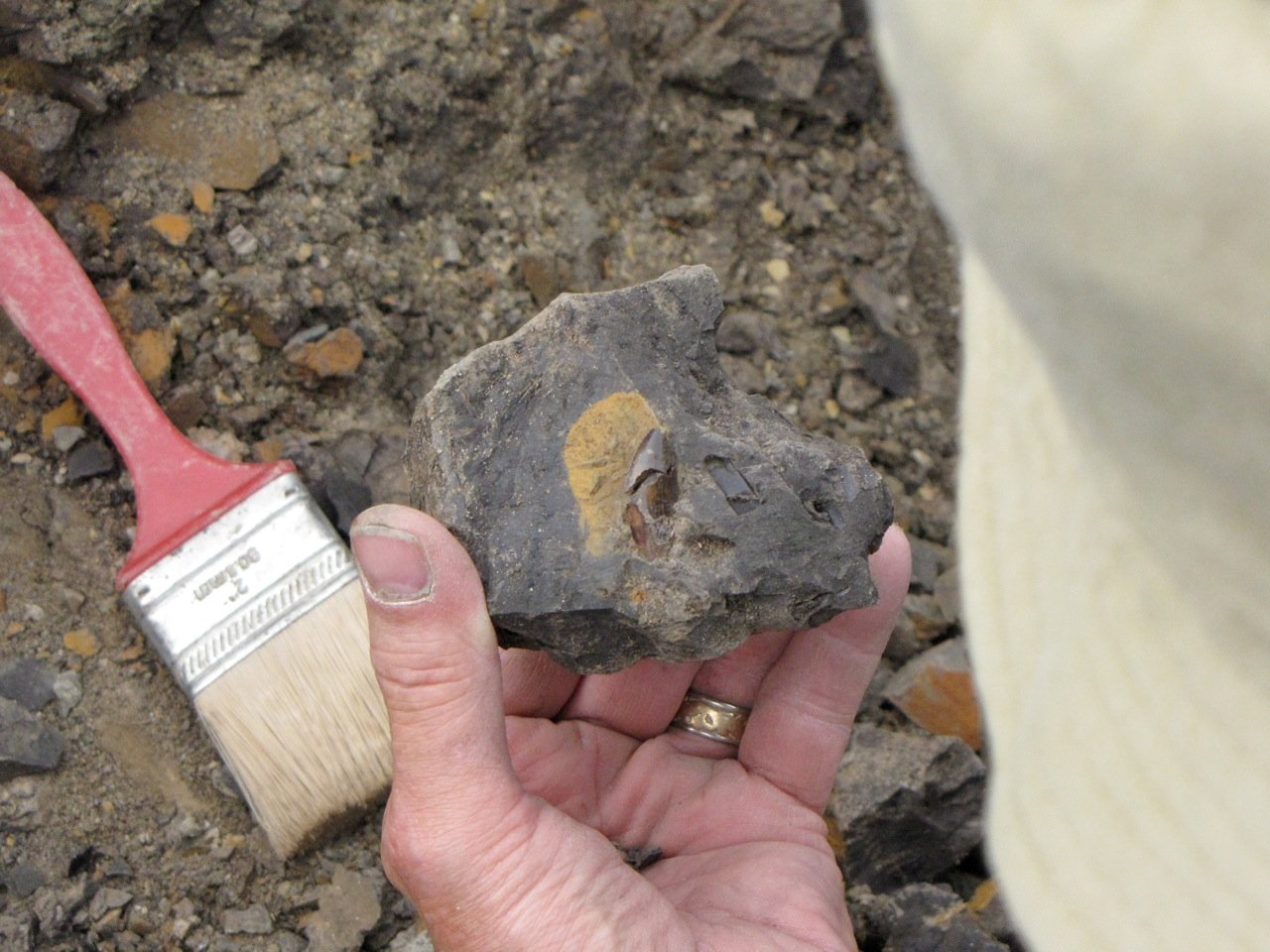 The photo with the tent on top of the hill is the actual dig site. The group had to remove a rock overburden before getting down to working with the smaller tools. There was a lot of shoveling of rocks and removing dirt! They had previously plaster-casted parts of a Triceratops. The team had about half of it out of the ground, and the next two weeks they will be removing the rest of the dinosaur. Buddy excavated a dinosaur tendon, which you see in the photos, and also a raptor tooth.