Inside the Creation Museum, between the “Biblical authority” room and “Graffiti Alley,” there is an exhibit about the late Charles Templeton. He was an evangelist in the ‘50s along with Billy Graham. However, Templeton was convinced of evolution—went to Princeton—was so convinced of millions of years, that he said he couldn’t reconcile millions of years of death with a loving God. He walked away from the Christian faith and wrote a book called ‘Farewell to God’—a book which is used by secular humanists to attack Christianity.

We decided on featuring Templeton in the museum as a warning to people as to what can happen when church people are taught evolution—how compromise destroys.

Recently, Templeton’s son wrote an item about this exhibit. He obviously does not support the Creation Museum—and sadly, is a product of what his father became in regard to his rejection of Christianity. Templeton’s son states:

I learned today that there is an exhibit about my father in the famous creation museum near Cincinnati. This museum is a multi-million dollar project set up by creationists as a pro-bible “natural history” museum that shows dinosaurs on Noah’s Ark, and how the flood carved the Grand Canyon and much more. It’s all completely bullocks and a number of satirical articles about it have been written…While almost all this museum is about desperate attempts to make the creation story sound like natural history, it also has the “Biblical Authority Room.” This room features my father, Charles Templeton in two sections. It begins with this display on bible enemies which tells the story of how he went to Princeton seminary and lost his faith. (Warning: Too much education will kill your religion.)…I had heard about this museum for some time, and even contemplated visiting it the next time I was in the area, though part of me doesn’t want to give them $20. However now I have to go…

Well, we would certainly welcome Mr. Templeton here and trust the Creation Museum will be a challenge to him concerning the truth of God’s Word. I pray he does come.

You can read his entire article at this link:

I get lots of artwork from children who attend our teaching meetings around the country. This is one I received recently. Thanks Abbie! 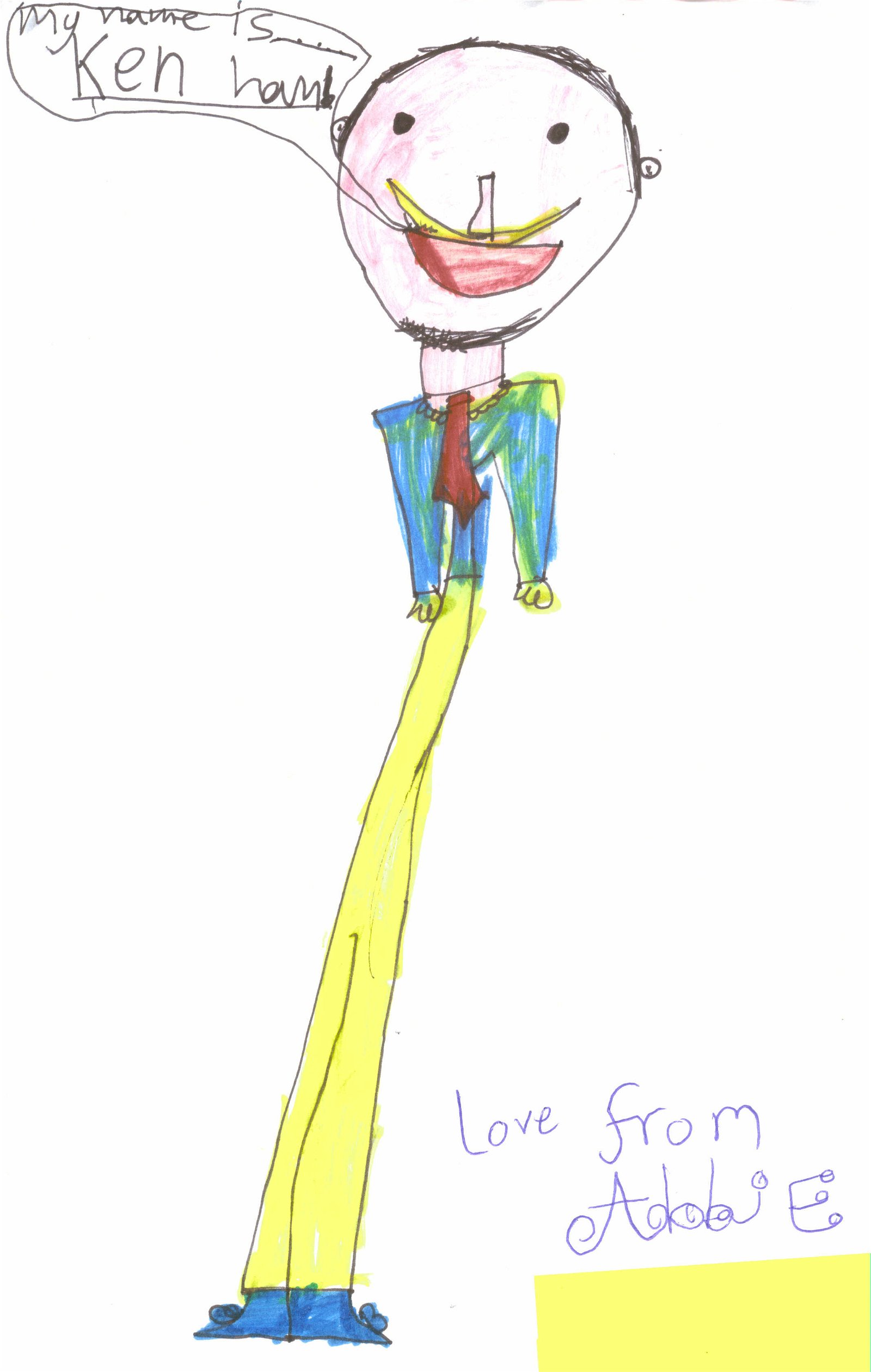 Previous Article How Much Will I Give? Next Article A 14 Year Memory