The Hypocrisy Police on Full Alert—But Should Stand Down

I don’t know if I should feel honored–or just a bit perturbed.

Many humanist websites have been recently accusing me of being a “hypocrite.”  A few days ago I wrote a blog item about what I called a “media ambush” by BBC Radio in England, when Dr. Jason Lisle–an astrophysicist on our staff—was invited to be interviewed on a BBC station in Southampton, England, on the beliefs of creationists. Unbeknownst to Dr. Lisle, the hosts also invited an evolutionist, and the program ended up being something of a debate (though cordial)—rather than the promised interview.

An evolutionist professor read this blog and got outraged. On the web, Prof. Michael Zimmerman accused me engaging in a media ambush. Quite some time ago, he was invited to appear on a Christian talk show program that also featured me, but he wasn’t told that I would be on. However, I did not know that he was not told I would be on the program. Here’s how one vehement anti-creationist—a religion teacher at the same university as Zimmerman—put it:

It turns out that his [my] whining is rather hypocritical because he [me] did the very same thing to Michael Zimmerman of the Clergy Letter Project.

This man simply took at face value what his colleague had written about me and the radio program in question. Prof. Zimmerman had previously stated that “what makes Ham’s complaints so incredibly ironic and hypocritical is that this is exactly what he did to me a year ago.”

“Exactly”? Hold on here. What I did to him? What he’s charging is not even close to the truth. It is absolutely untrue—but then again, when a person is not known for checking out the facts and is in the habit of going on the attack against creationists, we are not at all surprised with the false charge. If such people use the same standards in their evolutionist research, you certainly would know you couldn’t trust what they say. Then again, they do use the same standards!!

When I was invited by the programmer to do this particular radio program, all I knew is that sometime during the program, a professor from Indiana–known for his anti-creation activism–was also to be on. I assumed he would be on after my interview with the host, but I was confused as to when. The host put us on at the same time, and when Prof. Zimmerman expressed surprise that I was on the air with him, that was the first time I knew that the radio host had not told him I was to be a part of the interview. I remember Zimmerman challenging the radio host about this (which he had a right to do).

It was no big deal for me to do a radio debate. I do radio debates all the time; so, I was still willing to go on with it, even though we were going to be on at the same time. The professor, though, stated—on the air—that he was not aware he would be on with me.

Prof. Zimmerman wrote a bizarre comment on the web, saying that I did not have “the courtesy to inform [him] that [he] was to participate in a debate.” So, it’s my responsibility to call the other person to make sure he/she knows that I am going to be on the program, too? I did not even set up this interview! He can certainly accuse the radio host of things—but it is a totally false charge to claim I had anything to do with it.

In case these skeptics on the web doubt my word on this, the host of the program asked me to relay this message to them:

Sorry, Gang. All of your Ken Ham angst is for naught. We set up the interview. I take complete responsibility.

I hope that settles it–but I doubt it. In fact, I doubt that any apology or retraction will appear on these attacking sites. If they do quote me (and the radio host), I may still be accused of collusion with the radio producer ahead of time. If the evolutionist zealots have an issue with the program, don’t take it up with me.

Chris Kohlman had his hands full driving a busload of his students all the way from Springdale, Arkansas, to the Creation Museum, but he said it was worth the drive. Chris is pastor to the group of young people. He’s been using Answers in Genesis materials to teach them apologetics and creation science in his church, as he does at Ecclesia College in Springdale. He thinks the museum is very well thought out and of the highest quality.

The young people enjoyed all of it, but especially the interactive features and videos. It all reaffirmed the information Chris has been giving them. The most significant thing about their spring break trip is that, given the choice between skiing in Colorado or visiting the Creation Museum, they chose the museum. 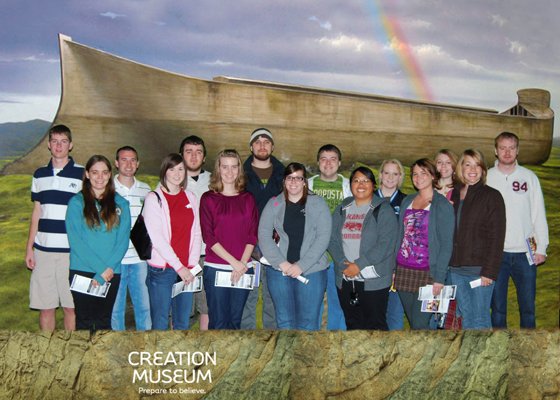 As I was walking through the museum yesterday, this Arkansas student group saw me and couldn’t say enough to thank Answers in Genesis for providing the museum. It is interesting: here is a group of young people who chose the Creation Museum over skiing for their spring break trip—and yet a professor from the Moody Bible Institute (featured on my last two blogs because of his snide comments about the Creation Museum) in a response to people who have challenged him said the museum may “distract our hearts.” (I have his email response on file).

These young people certainly did not see it as a “distraction”—but an equipping tool to build their faith and enable them to better stand on the authority of the Word of God and proclaim the gospel of Jesus Christ.

They Came From Moldova, India, Australia, Portugal, Russia, Malaysia, Hungry, Egypt for the ITS

This week, under the leadership of Dr. David Crandall, Director of our AiG Worldwide division, participants from different countries came to us (by invitation) to be trained over a week by various AiG speakers and researchers. They are then equipped with resources to go back to their home countries to spread the creation/gospel. It has been a phenomenal week. Over the next few days, I will feature various aspects of this unique training time. 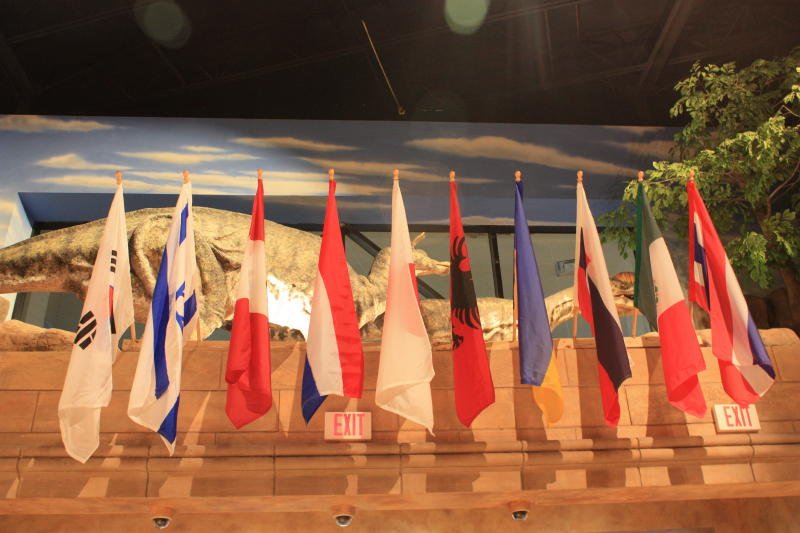 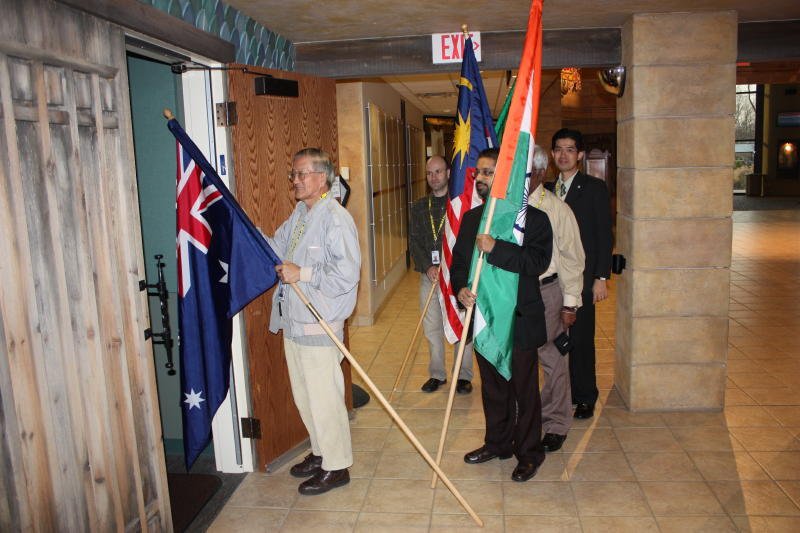 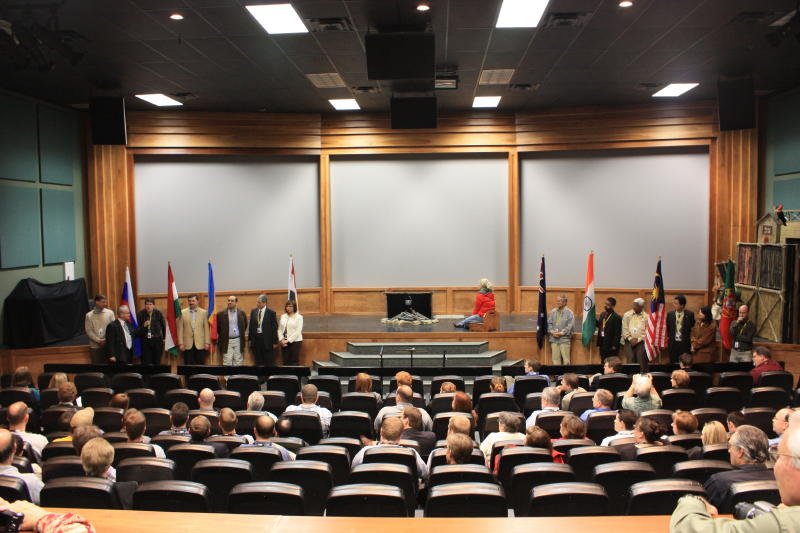 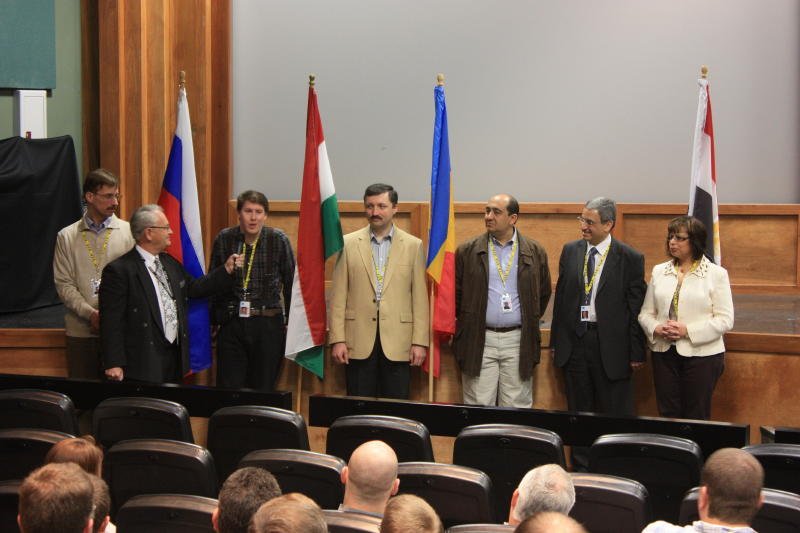 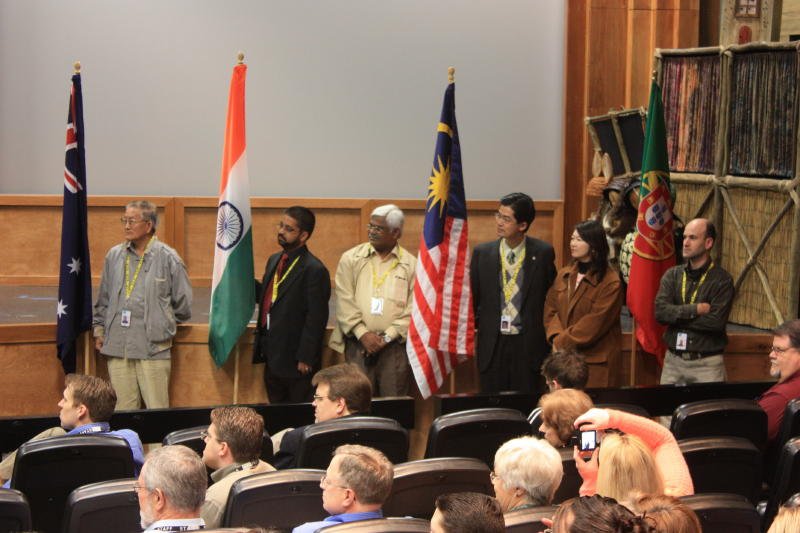 Each of the ITS participants was introduced to the AiG staff on Tuesday morning. They each gave a short testimony concerning the country they came from and the efforts they are involved in to spread the creation gospel message. You will find listening to them fascinating, challenging, and convicting.  You can listen to each of them as they introduce themselves:

While you are listening you can find out more information as listed below.

Heaven of life vs earth of death

(Genesis 23:2–4) And Sarah died in Kirjatharba; the same is Hebron in the land of Canaan: and Abraham came to mourn for Sarah, and to weep for her. And Abraham stood up from before his dead, and spake unto the sons of Heth, saying, I am a stranger and a sojourner with you: give me a possession of a burying place with you, that I may bury my dead out of my sight.

When a close companion and friend dies and goes to Heaven of life, we feel more of a stranger and temporary resident on this earth of death. Thanks for stopping by and thanks for praying,