Is There More Than One Way to Heaven?

In Part II of the U.S. Religious Landscape Survey on www.pewforum.org, we read:

Part II of the U.S. Religious Landscape Survey explores Americans' religious beliefs and practices as well as their social and political views. The survey finds that most Americans have a non-dogmatic approach to their faith; for example, most do not believe their religion is the only way to salvation. The survey also finds that religion is closely linked to political ideology.

The results of the survey were headline news across the USA on Monday.

Those who said they attend an “evangelical church,” were asked:

Now, as I read a pair of statements, tell me whether the FIRST statement or the SECOND statement comes closer to your own views even if neither is exactly right. First/next: My religion is the one, true faith leading to eternal life, OR: many religions can lead to eternal life.

57% of “evangelicals” answered, “Many religions lead to eternal life.” You can view this shocking result and other survey results at:

There is no doubt a major problem in our “evangelical churches.” Sadly, our experience and our own surveys have shown there is a great lack of in-depth teaching, almost non-existent teaching on apologetics (how to defend the faith), and a great deal of compromise (e.g., compromise on Genesis 1–11) in such churches—and these are the churches who claim to be “evangelical.” So many from these churches don’t really know what they believe or why and don’t really understand the basics of Christianity. “My people suffer from a lack of knowledge.”

As I often say, we need a new reformation. We need to call the church back to the authority of the Word of God. That would include the teaching of  John 14:6: “Jesus said to him, ‘I am the way, the truth, and the life. No one comes to the Father except through Me.’”

This past week, Dr. David Crandall gave the AiG staff an exciting presentation on his recent visit to South Korea. As a result of this, a pastor of a 20,000 member Korean church and others will be traveling to AiG in the next few weeks. They want to discuss building a Creation Museum in South Korea, and also look at ways of developing closer links with AiG. We will also be talking about a visit (by me and others) to Korea in the not too distant future.

I have included two photographs of Dave Crandall (director of AiG Worldwide) as he gave his report to the staff. 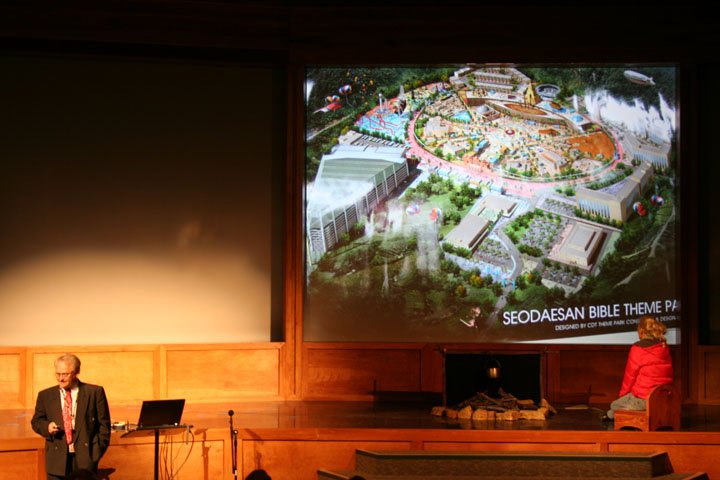 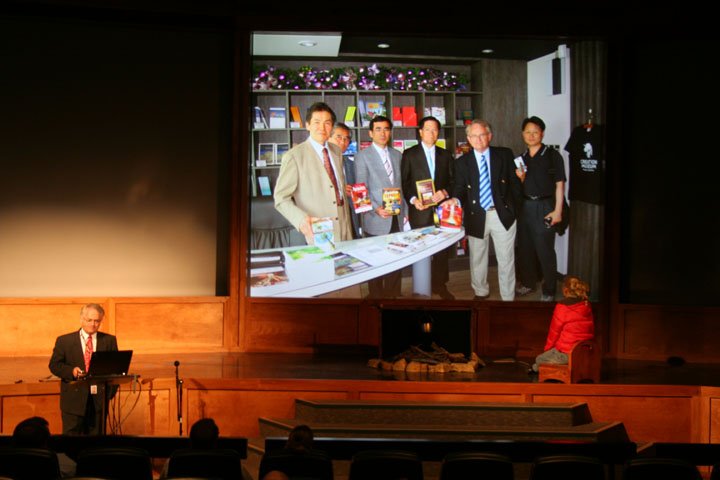 A new magazine article has likened AiG and our new Creation Museum with the negative impact that the tobacco industry is having in confusing and eventually harming society! Here are some excerpts from something called the Miller-McCune magazine (June/July 2008 issue), with its subtitle of “Turning research into solutions”:

By funding its own research, industry has raised unwarranted doubts about a range of scientific issues—from the risks of tobacco to the reality of climate change—delaying response to public dangers for decades.

Can scientists and journalists learn to beat the doubt industry before our most serious problems beat us all? . . .

The strategy also persists on other fronts. While adherents of creationism are, in general, motivated not by money or political ideology but by faith, their methods of obfuscating science are nearly identical to those once used by Big Tobacco: The Discovery Institute, a Seattle-based think tank that supports the intelligent design movement, now echoes industry calls for “open debate” by calling for public schools to “teach the controversy.”

Supporters of creationism have funded a research journal to lend legitimacy to creation science and last May opened the $27 million Creation Museum near Cincinnati, whose dioramas show dinosaurs and humans frolicking together. Such efforts may partly explain why, in a 2007 Newsweek poll, nearly 40 percent of respondents said the theory of evolution was not “well-supported by evidence and widely accepted within the scientific community”—despite overwhelming and well-documented support for evolution among Earth and life scientists.

In science, of course, there’s a vast difference between a testable hypothesis and an opinion rooted in faith—no matter how sincerely held the faith. Yet in the public realm, with the help of the tobacco strategy, evolution and creationism are easily cast as comparable explanations for life, with those opposing creation instruction in science classes cast as censors. LUNCH AT THE PETTING ZOO

A little photograph tour of the Creation Museum’s new petting zoo at lunchtime. 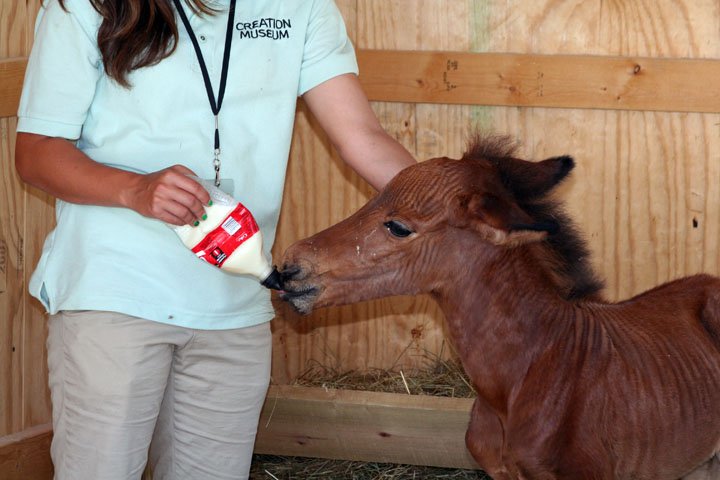 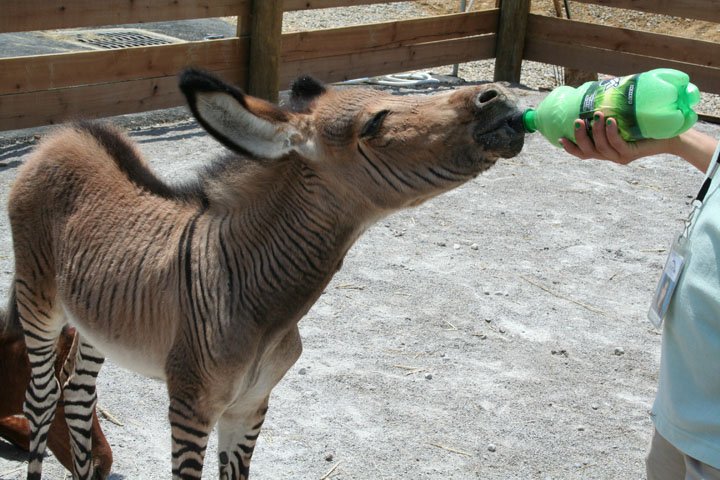 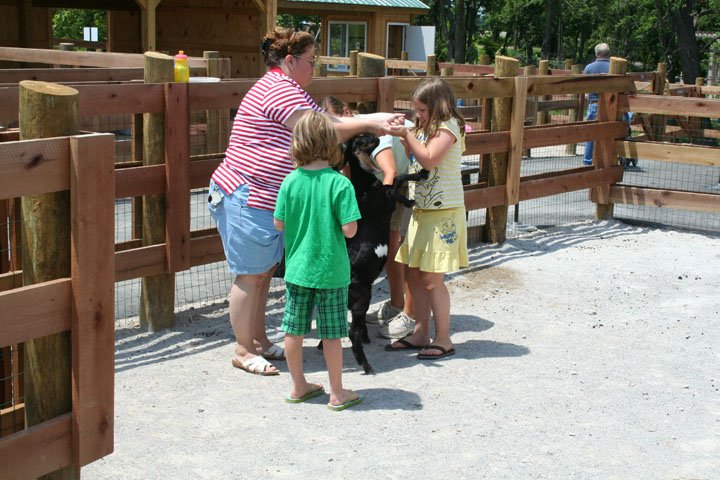 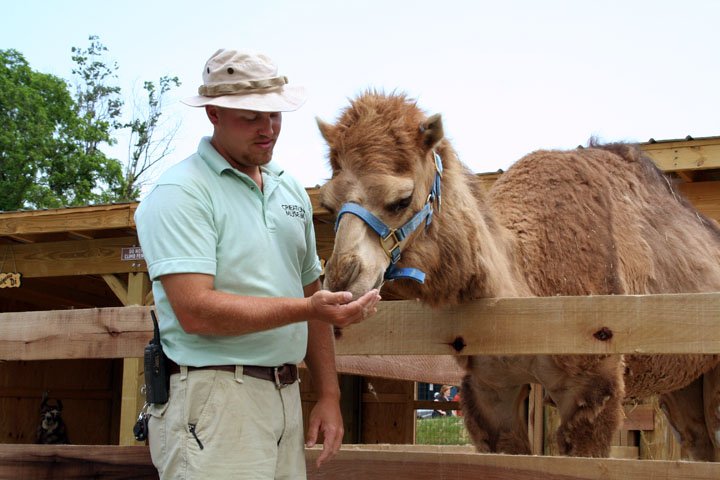 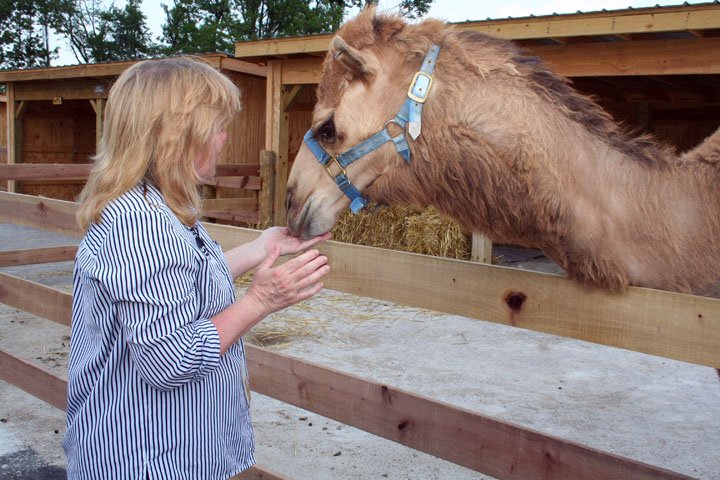