Raves and Rants about Expelled

While the new movie Expelled: No Intelligence Allowed is drawing a lot of raves (we have heard from people who attended four showings on Friday evening, and they reported that clapping occurred each time at movie’s end—plus bursts of laughter at some of the film’s funny scenes), there are, of course, some detractors. In this movie review, the writer compares Ben Stein to guerrilla-style filmmaker Michael Moore in his pan of the movie:

Note that the reviewer completely missed the point of the film when he writes that the movie attempts to make the point that intelligent design should, as a matter of academic freedom, have a place in schools. Instead, Expelled argues that evolution should be allowed to be questioned—not that ID be taught alongside it. Also, the film is clear that the Holocaust shouldn’t be blamed on evolution, but that Darwinian ideas greatly influenced the Nazis (especially Hitler’s book Mein Kampf). So, evolution fueled racism—not caused it.

This reviewer definitely has some real blinders on. Then the writer continues his bizarre rant by claiming that Stein appears to have been “hiding it [the film], in effect, from most members of the press.” Apparently, this writer was not able to preview the film before its release on Friday and had to plop down his own—or his paper’s—money to see it.

Our movie review of Expelled has been posted to other websites—for example, go to this webpage of the large radio network K-LOVE and click on the “Entertainment” tab:

Here is comment we received over the weekend from a couple in Colorado about the film:

We went to see Expelled: No Intelligence Allowed and had to drive 100 miles to do it, but WOW! Was it ever worth it! Thank you, Ken, for the article in Answers Update [our monthly printed newsletter], or we might not have known about it. We watch very little television (on purpose), so sometimes do miss out knowing about things such as this. We will be encouraging our church and long distance friends to get out and see it as well.

Here is another sample of the type of feedback we are getting:

Just a note to say “Thank You.” I wasn’t sure from the commercials what Expelled was about, but after reading your article in the recent magazine, I went to the first showing today. It was awesome, and I will be telling my friends and students what a great documentary it is. Thank you for all that you do to keep us informed.

Read our movie review of Expelled at

I spent Saturday and Sunday with Dr. Charles Ware from Crossroads Bible College in Indianapolis, doing book signings for the book we recently co-authored entitled, Darwin’s Plantation. This book deals with the origin of “races,” evolution and racism, skin color, prejudice, “interracial marriage,” etc. I also spoke in Crossroads Bible Church on Sunday a.m. and p.m. After the service Sunday evening, people lined up to have their books autographed—and many (including many teenagers) gave testimony of how the AiG ministry had a phenomenal impact on their lives to help them survive high school, college, etc. 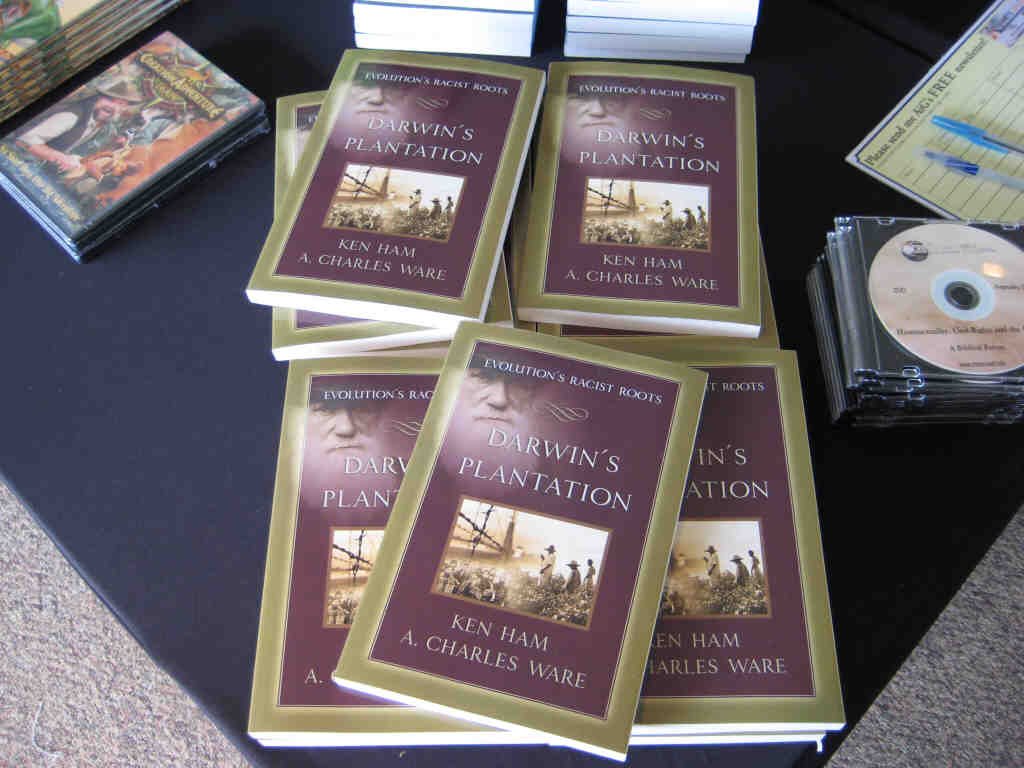 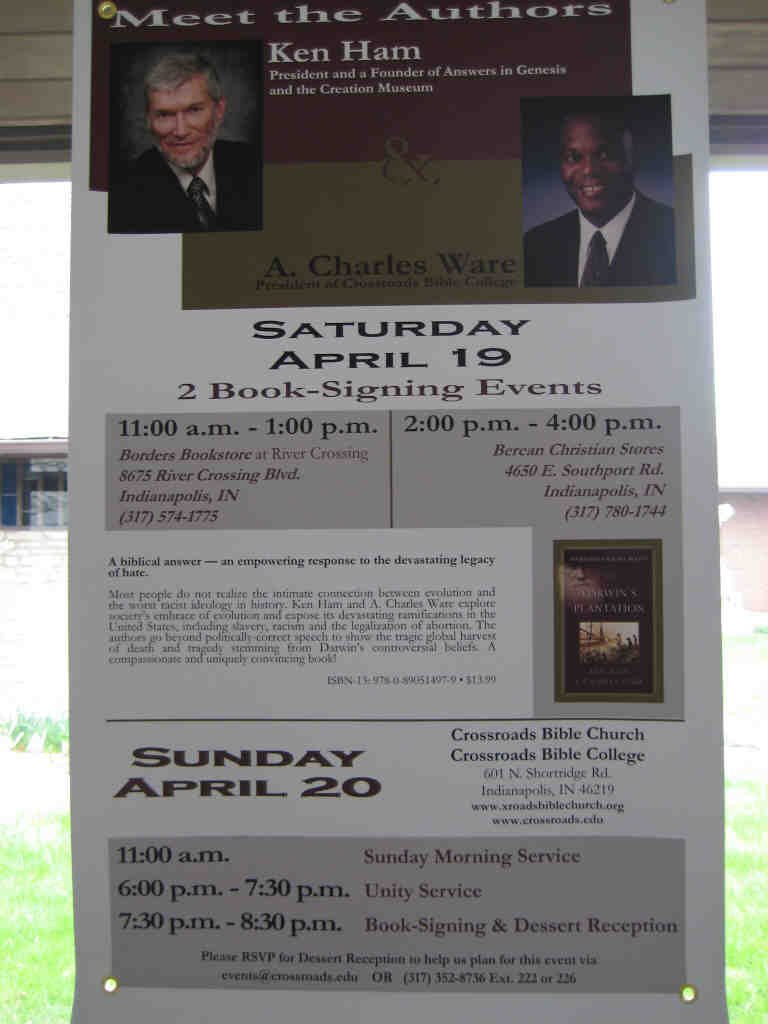 Even though AiG contracts out most of our major printing jobs, we still print millions (yes, millions) of items in AiG’s print shop. Recently, our very used cutter died, and so, Senior Director Dan Zordel negotiated for a new cutter (a demo model that enabled us to get it cheaper) to be set up so the very busy print shop can get back on schedule. I have included a photograph of Dan and me in front of the cutter. 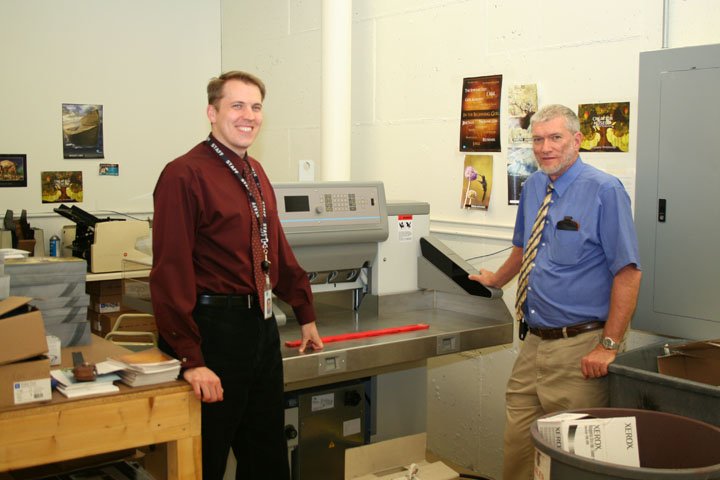 By the way, we are in need of volunteers (particulalry those who can volunteer on a regular basis) to help out in the print shop and many other areas of the ministry. Please visit our website if you are able to volunteer in some capacity.