How’d you like to think with your arms? Ask the smartest invertebrate on the planet!

It’s the same thing every night. Darkness all around. You move slowly, carefully, hugging any and all cover. You see nothing but can’t shake the feeling you’re being followed. Then you come to the one open gap between you and safety. You steel your nerves and . . . dash!

But you’ve been outsmarted. Halfway to the other side, a tangle of arms with minds of their own unfurl from the inky blackness and ensnare you. You struggle, but the harder you fight, the tighter the arms grip, pulling you to certain doom.

Is it a nightmare? A time-loop? No, it’s an everyday reality for victims of . . . the octopus!

It’s lean. It’s mean. It’s . . . well, actually it’s a big mystery. And that mystery goes way beyond figuring out the correct plural of its name (octopuses, by the way). The biggest unanswered question is not how suckers and ink work, but just how smart is this crafty cephalopod, really?

Octopuses have the largest brain of any animal in their class, but it isn’t all in their head. Two-thirds of the octopus’ neurons are found in its eight arms.

Scientists seem to get a kick out of quantifying animal intelligence, be it rats in mazes or parrots repeating phrases. But octopuses have proved difficult to analyze. Because they are not social animals, they’re not very willing to participate in testing. Yet stories about clever octopuses abound. What’s a scientist to do?

Despite the difficulties, researchers have reached a conclusion based on brain size and social (or antisocial) behavior. Octopuses are the intellectual kings of the invertebrates.

What makes octopuses so brainy? Well, for one thing, their brains. Octopuses have the largest brain of any animal in their class, but it isn’t all in their head. Two-thirds of the octopus’ neurons (stuff that makes up the brain) are found in its eight arms. This arrangement allows the octopus to do more than just control the arm and its many, many suckers. God created octopus arms with the brainpower to move and react independently of the rest of the octopus. Although octopuses were not carnivores before the Fall, their brainy arms are ideal for finding and capturing a fishy meal. In fact, if an octopus loses its arm, the severed limb will still crawl along the ground looking for food. And if it finds any? The arm will curl around the food and move it up toward where the octopus’ mouth would be!

The remaining third of an octopus’ neurons are divided between the central brain (like the one in your head) and optic lobes behind the eyes. This begs the question, why should the eyes get so much brainpower?

Because the arms are nearly independent, the octopus can’t determine the entire shape of an object just by holding it. This missing ability, common to most other animals, is called stereognosis. The arms can determine an object’s texture and flavor, but the octopus has to see it in order to understand the overall shape. So God gave octopus eyes extra brainpower.

But brainpower is only part of the story. 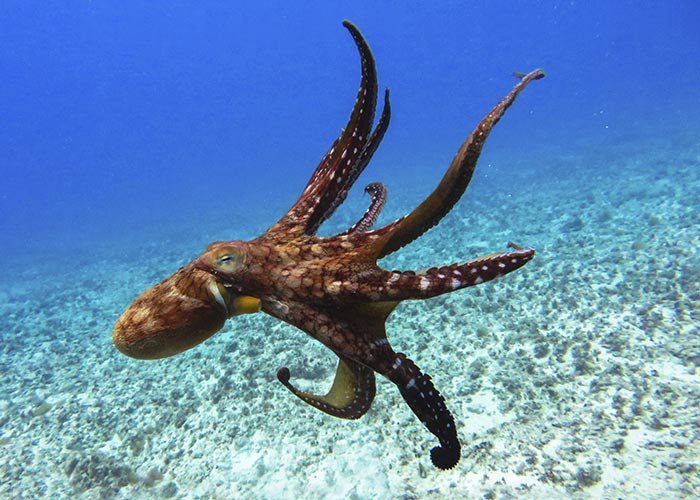 Two-thirds of the octopus' neurons are found in its eight arms. God created octopus arms with the brainpower to move and react independently of the rest of the octopus.

Brain size is not the only test of intelligence. Carrier pigeons and mice have tiny brains but solve tough mazes and are easily trained. Octopuses, on the other hand, don’t generally want to play games or even stay in their own tanks.

So some of the clearest examples of octopus intelligence come from their day-to-day behavior—and their bad attitudes. Take for example the New England Aquarium’s former resident Truman. He didn’t like one of the volunteers and would squirt a stream of salt water at her whenever she was in range. When she went off to college, Truman kept his water to himself. On the volunteer’s return, several months later, Truman took one look at her and promptly soaked her (orionmagazine.org/article/deep-intellect/).

Researchers know that mechanical devices don’t last long around an octopus. In 2009, a two-spotted octopus disassembled a valve and flooded the Santa Monica Pier Aquarium with 200 gallons (750 l) of water overnight.

Such delightful and even humanlike displays of emotion and intelligence show how intricate and complex God made even boneless creatures of the deep. Some people cite them as proof that human beings are just another intelligent animal. But intelligence and personality are not what make us unique. God gave humans alone the ability to have a personal relationship with Him.

On the sixth day of creation, God made us in His own image, separate from all the animals, no matter how smart octopuses and other creatures might be. We’re specially designed to wonder at the octopus’ Maker!

Octopuses can squeeze into almost any hole that’s even slightly bigger than their eyes. Without a single bone, their body can twist into shapes that know no bounds. 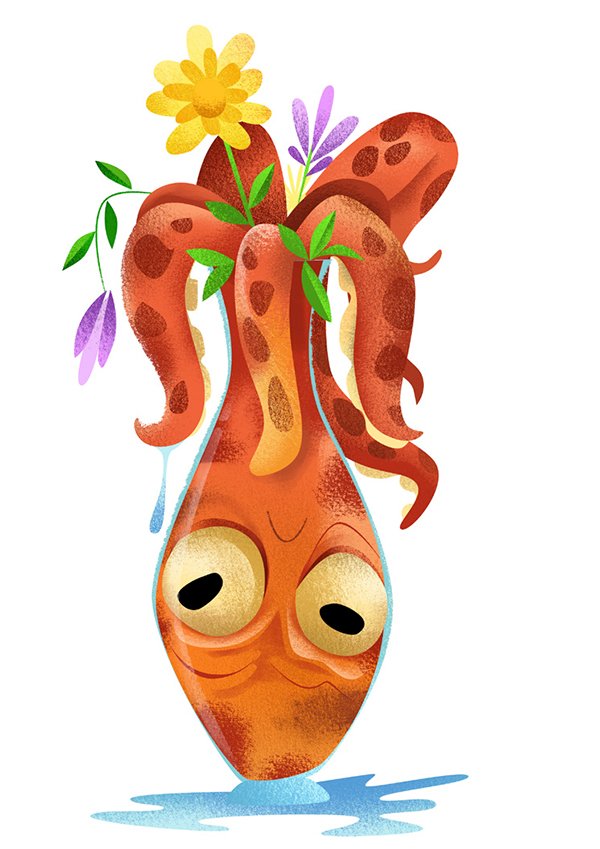 Octopuses are known for their ink. Coming in colors of black, brown, or red, the ink defends against predators in three ways. First, it blocks the predators’ vision, temporarily blinding them. Second, the ink can coat the nose and mouth of the predator, and it doesn’t taste good. Lastly, if needed, the distraction gives the octopus time to swim away and hide.

Octopuses are carnivores and will eat any animal smaller than themselves, even seabirds and sharks!

The suckers on the arms do more than hold onto things. They have special receptors, like the ones on your tongue, that taste everything they grip. Imagine if your tongue were on your hands instead of in your mouth! 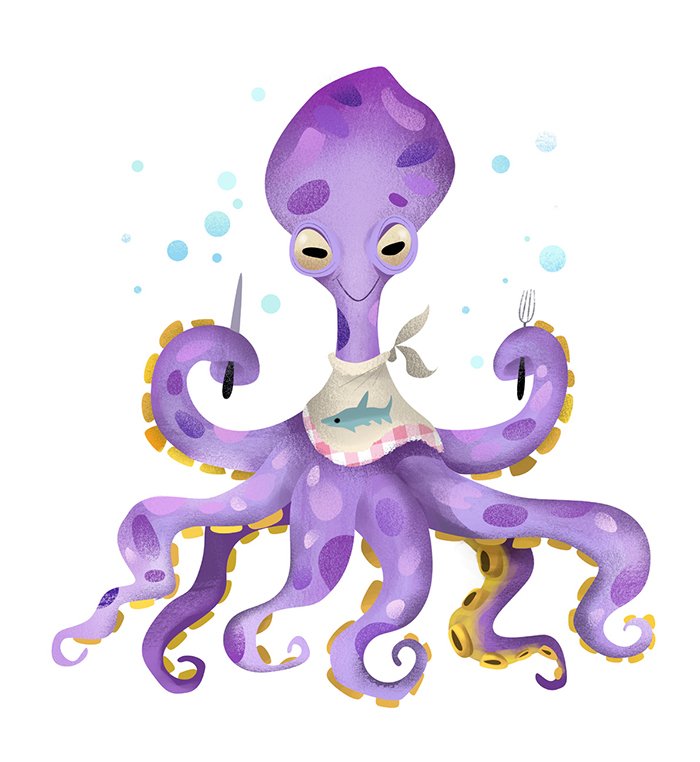 Heather Brinson Bruce earned dual degrees in English and chemistry from Clemson University. She writes for Answers magazine as a freelance author.
Next Article Countdown to Dinner