Each of us has a worldview—a way of thinking about the world in which we live. We all have certain beliefs: ideas that we hold to be true. These beliefs affect how we see the world and how we interpret the things we experience.

For example, most of us believe that things cannot simply cease to exist. So when we see a magician make someone disappear, we know that it is merely a trick. Perhaps a trap door exists which we can’t see. Perhaps it is a trick using light and mirrors. In any case, the person did not really vanish. Notice that we do not draw this conclusion because of what we actually saw, but rather because it is the only explanation that is compatible with our worldview. Our beliefs have affected our interpretation of the evidence.

A very young child might draw an entirely different conclusion. Perhaps she does not yet have enough experience to know that people do not possess the power to make something vanish. Or perhaps she understands that most people cannot do this, but she thinks that maybe magicians can. In any case, because she has a different worldview than we do, she draws a different conclusion: the magician can make people vanish! Our worldview prevents us from drawing that conclusion—even though we have witnessed exactly the same event. We both have the same evidence, but we have a different interpretation.

A worldview is really a kind of bias. It prevents us from being objective and “openminded” about certain things. 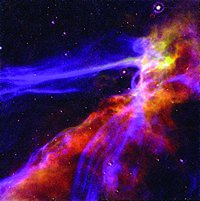 In a way, a worldview is like having “mental glasses.” Many people wear corrective lenses to help them see the world better. Without these glasses, the world appears blurry, but with the glasses in place, the world snaps into focus and things become clear. Each of us wears “mental glasses”—we all have a worldview. That’s because we don’t know everything; we are not aware of all of the evidence, all of the facts. We require a worldview to fill in the missing pieces, and to make sense of what we experience.

However, it is crucially important that we have the right worldview. Glasses of the wrong prescription can make the world appear even blurrier than it otherwise would. Glasses can either distort or make clear, and so can a worldview. So which worldview gives us the best perception of reality? On what foundation should we base our thinking, so that we can draw correct conclusions from the evidence we observe?

The Bible claims to be the authoritative Word of God. If an all-powerful, all-knowing God did indeed give us the Bible by inspiring men to write it, then Scripture would certainly provide a solid foundation for our way of thinking. The Bible provides answers to the most important questions people ask: What is the purpose of our existence? How did this world come about? What happens when we die? Why is there death and suffering in the world? How should we live?

Furthermore, the Bible is a history book which has demonstrated its accuracy time and time again. When it comes to matters of origins, it makes sense to consult an accurate history book, one recorded by eyewitnesses. Ultimately, we can base our beliefs about origins on the Word of God, or the speculations of other human beings. When it comes to the details of the creation of the universe, we can choose to trust God (who was there), or man (who was not).

This is the heart of the creation versus evolution debate. Many people think the debate is about evidence, and although the evidence is important, evidence is always interpreted through a person’s worldview. So the debate is really about worldviews. The debate is over which interpretation of the evidence is best. Think about it this way: both creationists and evolutionists have the same evidence. They have access to the same fossils and the same rocks. They study the same principles of genetics, chemistry, and physics. They observe the same universe. Why then do they draw such different conclusions when it comes to matters of origins? Ultimately, it is because they have different worldviews, and so they interpret the same evidence differently. 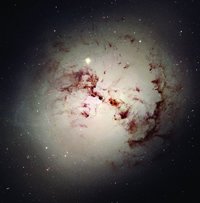 The heart of the issue is whether we start from the foundation of the Bible, or the foundation of naturalism. Naturalism is the belief that there is nothing outside of “nature”—the world we see, with its matter and energy, is all that exists, so it must have created itself by its own processes and properties. There is no supernatural realm in this worldview. Many scientists today, even though they themselves might believe in God, seem to regard this as irrelevant to the way they think about the origin and history of the world. For all practical purposes, therefore, they are operating within a naturalistic framework, a belief system that rejects God.

Many critics have suggested that we should not start from the Bible—that this is unscientific. However, if the Bible really is absolutely true, if it really is accurate history, wouldn’t it be unscientific to ignore this information? Is it logical to deny recorded history, and choose to rely instead on guesswork? Since all scientific evidence must be interpreted in light of some worldview, it seems very reasonable to base our worldview on the infallible Word of the Creator. I have found that the Bible is a sure foundation for a worldview that is logical, moral, self-consistent, and consistent with the evidence.

Making Sense of the Evidence

Many books have been written which show that the scientific evidence is consistent with what the Bible teaches. These resources have shown that biology, geology, paleontology, and anthropology make sense when interpreted through the lenses of Scripture. Many of these resources are available through our website. However, currently, very few resources exist which interpret evidences in the field of astronomy from a biblical creation perspective.

The purpose of this book is to provide a starting point in the field of creation astronomy. When we understand the evidence, we will see that it makes sense in light of Scripture. The observations in astronomy are consistent with what the Bible teaches. We will begin by exploring how the astonishing size and beauty of the universe testify to God’s glory. We will then explore passages of the Bible which touch on astronomy. These passages are consistent with what is known about the universe.

We will also deal with passages of Scripture which conflict with the current opinion of the majority of scientists. One important area of conflict is the age of the universe; most astronomers believe that the universe is around 14 billion years old, yet the Bible indicates a much more recent origin.

We will explore the reasons for the common belief in vast ages. Additionally, we will address the so-called “distant starlight problem.” This is the idea that light from the most distant galaxies must take many billions of years to arrive on earth, allegedly proving that the universe is indeed billions of years old. This argument is used by critics in an attempt to disprove the Bible (or at least the biblical time scale) in favor of the big bang. However, when investigated carefully, the argument does not work. We will see that distant starlight does not support the big bang. 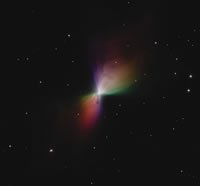 Scattered Light from the Boomerang Nebula 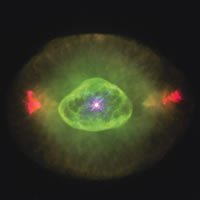 The age of the universe is not the only area of conflict. The Bible indicates that the universe was supernaturally created, in sharp contrast to the naturalism of the big bang and nebular accretion models. We will also explore the idea of extra-terrestrial life. The prevailing evolutionary worldview accepts alien life as more or less a given, but what does the Bible teach? When the evidence is interpreted properly, we will find that it fits with God’s Word.

In the final chapter, the starting assumptions of various worldviews will be discussed. We will explore the internal inconsistencies of non-biblical worldviews, and show how the Bible leads to a logically consistent worldview in which science and technology are possible. We will also discuss the nonmaterial implications of starting from Scripture—the divinely inspired Word of God.

In this book, we will see that the Bible is accurate when it touches on astronomy. The Bible provides a logical foundation for the interpretation of scientific evidence in the field of astrophysics, as it does for other fields of science. We will see that the evidence makes sense when we view the universe through biblical glasses. We are “taking back” the field of astronomy; we are giving the universe back to the Lord who created it. 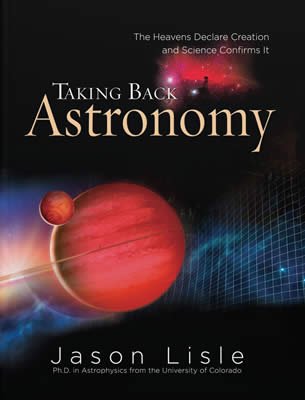 Dr. Lisle communicates the truths of creation and the fallacies of evolution with authority and enthusiasm. In this richly illustrated book, Lisle debunks the most widely accepted teachings about the idea of evolution. Readers are given solid answers to many questions, including the speed of light, the big bang, extraterrestrials, the reliability of the Bible regarding astronomy, and more.