Editors respond to critic who feels AIG is "brainwashing" people.

All I want to say is that you people should open your mind from ancient archaic beliefs and see the real world.

If this was all you wanted to say then why continue? Our beliefs are just as relevant today as they were thousands of years ago.

and the things I have read seem so misinformed that I could almost feel as if I were being brain washed.

Did you consider the possibility that you are already brainwashed to believe something else?

They why tell us ‘you people should open your mind from ancient archaic beliefs’? This seems to be a contradiction.

as long as it is moral,

What do you mean by moral? Do you mean the morals in the Bible? I thought you rejected that by your comment ‘ancient archaic beliefs’?

but I do not think that misinforming people of true hard facts that have been proven is moral!

We love facts! Did you know we all have the same facts, same science, and same evidences? It is the interpretation of those facts that are different. Please see Creation: “Where’s the Proof?”

Furthermore, as a student of religion and archeology I think it is time to bridge the gap between science and religion and come to an understanding that they do infact work together most of the time.

I do believe they work together. I think you have confused operational and historical science. Let me explain in more detail. See operational science is the highly reliable repeatable science that has a tremendous reputation. This is the type of science that put men on the moon, builds computers and automobiles, genetic mapping, etc. Most of these fields of science are well respected. As Christians, we fully believe in operational science. In fact, most of these fields of science were developed by Christians. Please see Which scientists of the past believed in a Creator?

The other science is called historical science. It isn’t repeatable because it deals with events in the past. Evolution, radiometric dating, etc. deal with reconstructing the past. So there requires quite a few assumptions to fill in the gaps. These assumptions are called ‘interpretations’ and they are not repeatable science.

Many times, these assumptions change and are shown wrong and the whole concept of what was believed changes. This happens frequently in historical science. This science is not very reliable and changes quite often. Sometimes, I wonder why it is even called ‘science’ with such a bad reputation and non-repeatability. It makes people lose hope in good operational science just because it uses the name science.

But in the same respect, some people get confused and think the reputation of operational science can be applied to historical science. This is a fallacy of transfer. Please take a look at the following picture: 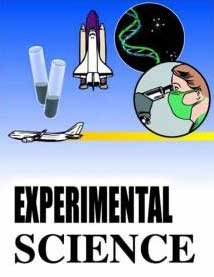 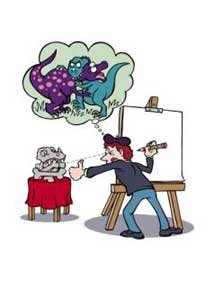 When using the Bible as the basis for interpreting the evidence, then how can anyone go wrong? God is perfect and His Word is also perfect. The entire creation is cursed (Genesis 3 and Romans 8) so why trust something that is cursed over God and His Word, which aren’t cursed? The issue is about trusting God’s Word. I pray this helps and God bless.

Previous Article A Warning for all Believers Next Article Archbishop James Ussher—Blundered or Brilliant?