A self-proclaimed Social Darwinist took action in a shooting rampage in Jokela High School about 40 miles from Helsinki, Finland.

I am prepared to fight and die for my cause, . . . I, as a natural selector, will eliminate all who I see unfit, disgraces of human race and failures of natural selection. No, the truth is that I am just an animal, a human, an individual, a dissident . . . . It’s time to put NATURAL SELECTION & SURVIVAL OF THE FITTEST back on tracks!1

Sadly, these words were among the last things said before a self-proclaimed Social Darwinist took action in a shooting rampage in Jokela High School about 40 miles from Helsinki, Finland. At least eight people were reported killed by the student gunman named Pekka-Eric Auvinen, who had an online alias “Sturmgeist89,” in a tragic event that has shocked the country that sits in the far northern region of Europe.2

Our thoughts and prayers are with the families affected by this tragedy, though nothing can replace those they have lost. As Christians who hold that people are made in the image of God, there is a basis for the value of human life and for absolute morality.

The Rise of Evolution

During this time of healing, the debate over evolutionism is likely being fueled and will be hotly debated. And though we would rather spend our efforts helping those who are hurting understand that death and suffering are enemies in a sin-cursed world, we have to address the issue of evolution—and its ultimate outcome.

Finland, like many other European nations, used to be very Christian in its culture. They still have a Nordic blue cross on the flag of their country. But over the years, evolutionism began to infiltrate in schools, universities and so on. Evolutionism denies that the Bible is God’s Word and that God is the final authority. Instead it raises up man to be the supreme authority. Evolutionists have made clear the meaning of evolution:

Christianity has fought, still fights, and will fight science to the desperate end over evolution, because evolution destroys utterly and finally the very reason Jesus’ earthly life was supposedly made necessary. Destroy Adam and Eve and the original sin, and in the rubble you will find the sorry remains of the son of god. Take away the meaning of his death. If Jesus was not the redeemer that died for our sins, and this is what evolution means, then Christianity is nothing.3

Let me summarize my views on what modern evolutionary biology tells us loud and clear . . . . There are no gods, no purposes, no goal-directed forces of any kind. There is no life after death. When I die, I am absolutely certain that I am going to be dead. That’s the end for me. There is no ultimate foundation for ethics, no ultimate meaning to life, and no free will for humans, either.4

In such a religion, if God is left out, then the only other option for supreme authority is man.5 If that is the case, then each person can determine what is right and wrong in his or her own eyes (Judges 17:6). In this little town in Finland, this is exactly what the gunman did, with no regard for human life. 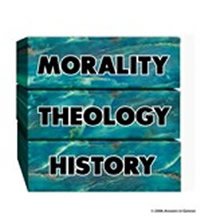 In today’s culture there is a war over true history. This war is significant, since it deals with how people live their lives. The way people view their history affects how they live their life, i.e., their purpose, goals and views of morality.

Mass murderer Jeffrey Dahmer, for example, lived his life believing evolution was true history, and therefore, it affected his theology (believing there was no God) and how he lived his life (without regard for other human life). Dahmer said:

If a person doesn’t think there is a God to be accountable to, then—then what’s the point of trying to modify your behavior to keep it within acceptable ranges? That’s how I thought anyway. I always believed the theory of evolution as truth, that we all just came from the slime. When we, when we died, you know, that was it, there is nothing . . . .6

This student professed to be a “Social Darwinist,” which is a fancy way of saying he held to the religion of evolution. Even his revealing quote that initiated this article confirms his evolutionary beliefs. And like Darwin, he felt some people were “unfit” to survive. Charles Darwin wrote:

At some future period, not very distant as measured by centuries, the civilized races of man will almost certainly exterminate and replace the savage races throughout the world. At the same time the anthropomorphous apes . . . will no doubt be exterminated. The break between man and his nearest allies will then be wider, for it will intervene between man in a more civilized state, as we may hope, even than the Caucasian, and some ape as low as a baboon, instead of as now between the negro or Australian [Aborigine] and the gorilla.7

Darwin was not afraid to admit that people may one day exterminate others. Many have applied his theory on a grand scale and others are doing it on smaller scales.

Hitler, Marx, Stalin, and Others

Darwin’s teachings have influenced many in the past, such as Hitler, who tried to get Nazi Germany to conform to evolution. Karl Marx, Pol Pot, Leon Trotsky, and Joseph Stalin—to name a few—avidly held to Darwinian evolution to justify their actions.

Now that evolution is being taught in all parts of the world, it is logical to assume this influence will sadly continue to bear more fruit. But after the fruit that was born by the Marxist teachings of Hitler and Stalin, can mankind afford more fruit like this?

School Shootings and Mass Murders in the US

School shootings in the US often now only invoke brief headlines because so many have occurred. Amish children were killed, and more recently in a Cleveland-area school, a shooter opened fire, wounding four while cursing.8 Few forget the evolutionary kids who made news in Columbine, where one of the two gunmen was even wearing a natural selection T-shirt while racing through the school shooting fellow classmates on April 20, 1999.9

Who Has a Right to Be Upset?

If evolutionists are upset about this tragedy in Finland (or any other school shooting), then on what basis could they make a case to condemn it? On the basis of their materialistic beliefs, what they just observed was a random set of chemicals reacting with another random set of chemicals. Do evolutionists get upset with baking soda reacting with vinegar?

Often, however, even evolutionists are outraged by the school shootings, but in order for them to justify being outraged, they have borrowed from the Christian worldview to acknowledge that such things are wrong. But the fact remains that these murderers were living a life consistent with the real teachings of atheistic evolutionism. Children catch on quickly and eventually put two and two together. When they are taught that there is no God, no right and wrong, people are animals, etc., then they may reason: “Why not kill or steal?” and so on. It is a logical connection.

So long as evolutionism is forced onto children (no God, people are animals, no right and wrong, etc.) and so long as they believe it and reject accountability to their Creator, then we can expect more of these types of gross and inappropriate actions.

Did God Make the World Full of Suffering and Death?

In today’s culture, when news like this hits, one of the most common questions people ask is this: “If there really is a loving God, then why did he make the world like this?” It disheartens me to hear the wrong answer to this question—and Christians even, more often than not, are giving the wrong answer.

The answer is simple. God didn’t make the world like this. He originally made it perfect (Genesis 1:31; Deuteronomy 32:4). There was no death, pain or suffering (Genesis 1:29–30). But due to man’s sin (Adam and Eve) against God, death and suffering entered into creation (Genesis 3). Death is the punishment for sin (Genesis 2:17). We all sin and fall short of God’s holiness and glory (Romans 5:12, 3:23). Thus, according to a holy and righteous God who gave us life to begin with, we all deserve death.

Yet God loved us enough to send His Son to die in our place to offer salvation and peace with God. John 3:16–17 says:

For God so loved the world that He gave His only begotten Son, that whoever believes in Him should not perish but have everlasting life. For God did not send His Son into the world to condemn the world, but that the world through Him might be saved. 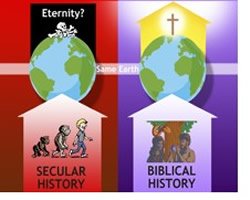 God truly is a loving God to have offered Himself a perfect sacrifice to pay the penalty of our sin and to offer us the free gift of salvation. One day those who have put their trust in Jesus Christ as Savior and Lord will experience a world where there is no longer any death or pain and where the tears will be wiped from our eyes by God Himself (Revelation 21:1–4). When we see sad news like this, it should be a reminder that sin is serious and has consequences, but in the same respect the good news of Jesus can set us free from the eternal consequence of sin. When viewing the world’s history and life either through an evolutionary or biblical perspective, only the biblical view has any real hope.

If you, the reader, don’t know that your sins are forgiven and that you are reconciled to God, can we encourage you to get a Bible and begin reading in the book of John in the New Testament? Then turn from your sin, tell God you are sorry and that you gratefully trust in what Jesus did on the cross to pay for your sins. Then start attending a church where the Bible is taught and believed as the authoritative Word of God. For more help understanding the gospel of Jesus Christ, read the Good News or contact us.