A Commentary on its History and Philosophy

Not many organizations achieve the impact that Planned Parenthood (PP) has had on Western culture. At its root is an evolutionary philosophy taken to its logical conclusion that man is merely an animal in the process of evolving to his ultimate potential. Largely at public expense, PP promotes the taking of human life while denigrating biblical morality and the sanctity of human life.

Even though aborting an unborn baby was not a new concept in the United States in the 1970s, legalizing the procedure began a downward spiral that has impacted tens of millions of helpless lives. This timeline describes U.S. events that have followed this one Supreme Court decision.

Jan. 22, 1974
Thousands of pro-life supporters participate in the first March for Life in Washington, D.C.

1973–1980
Pro-life organizations such as National Right to Life, Care Net, and numerous others proliferate.

June 30, 1980
The U.S. Supreme Court rules that women do not have the constitutional right to receive abortions at public expense.

1994
The controversial drug RU-486 begins to be tested in the United States.

1991–2003
The number of abortions decreases every year, but the number of people infected with STDs continues to increase.

Aug. 24, 2006
The Food and Drug Administration (FDA) approves over-the-counter sale of the “morning-after pill” to women over the age of 18.

In 2005 alone, Planned Parenthood received an incredible $882 million in gross revenue, with $63 million in “excess revenue” (profit). About a third of this gross revenue comes from U.S. taxpayers, and another hefty chunk comes from American corporations and foundations.1 This international “nonprofit” organization has over 120 affiliates operating more than 850 local health centers across the U.S., plus 78 partner organizations in 29 countries. 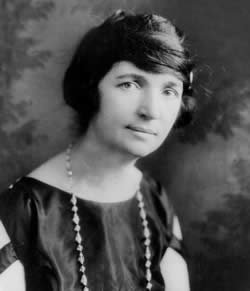 Margaret Sanger established the American Birth Control League (now known as Planned Parenthood). She also launched a newspaper advocating birth control called The Woman Rebel, which was declared vulgar and pornographic at the time. After being indicted for violation of postal laws for this new publication, Sanger fled to England to escape prosecution but returned later to continue the fight for her cause.

PP began as the dream of Margaret Sanger, a pro-eugenic, pro-abortion advocate.1 Between 1920 and 1922, Sanger launched the American Birth Control League (ABCL), the forerunner of Planned Parenthood. This organization was founded to maintain a so-called “fit” nation and keep society from being filled with, in the words of Sanger, “the most far-reaching peril to the future of civilization” (referring to people of different ethnic groups).1 The ABCL thus targeted low-income families as those most in need of birth control.

In 1942 after the Nazi horrors discredited outright eugenics (killing the “unfit” in order to breed a “master race”), the ABCL was renamed Planned Parenthood. At that time the organization’s affiliates made legal access to unrestricted abortion a high priority. As one medical director stated, “You can’t get adequate fertility control with contraception alone. You have got to grapple with sterilization and abortion.”1

Therefore, PP began pressuring governments to limit births through incentives and punishments. It also called China’s brutal one-child campaign a “stunning success.”1 Government entitlement programs currently pay for much of PP’s lucrative business based, in part, on the idea that it will reduce welfare costs by reducing the number of people.

The message of immorality without consequences ignores the Bible-based principle of purity before marriage.

The organization claims to be a leading protector of a woman’s right to choose, a provider of contraceptives, a champion in the battle against sexually transmitted diseases (STDs), and a proponent of public education on the subject. But these claims really just divert attention from the foundational goal of limiting the procreation of society’s “unfit.”2 PP’s promotion of immorality without consequences—which is being taught in educational programs worldwide—actually leads to an increase in STDs, not a decrease. The Bible-based principle of abstinence until marriage and fidelity within marriage is ignored.

The organization also seeks to ensure that pro-life laws are overturned while it insists that the 1973 U.S. Supreme Court decision that legalized abortion (Roe v. Wade) must not be reversed. It also mocks Bible-believing Christians while hiring liberal clergy and establishing alliances with liberal churches.2

Creative and courageous people are countering Planned Parenthood through pro-life pregnancy care centers, legislation, and programs that promote abstinence until marriage and fidelity in marriage. Also, tens of thousands of churches and millions of Christians annually honor Sanctity of Life Sunday.

Even so, one of our most powerful tactics to support life is one that Planned Parenthood defies: “Be fruitful and multiply” (Genesis 1:28) and then to train up the next generation in the “training and admonition of the Lord” (Ephesians 6:4), which would include upholding the authority of the Bible and the sanctity of life.

The Facts of Roe v. Wade 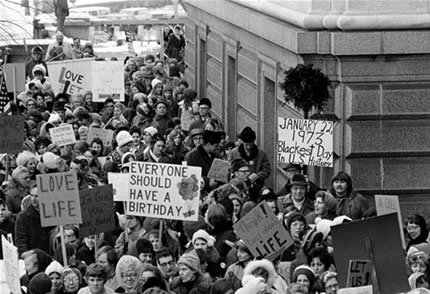 An estimated 5,000 people, both women and men, marched around the Minnesota Capitol building in protest of the U.S. Supreme Court’s Roe v. Wade decision.

The aftershock of 1973’s landmark Supreme Court decision Roe v. Wade, which legalized abortion in all 50 U.S. states, continues to divide people into pro-abortion and pro-life camps. Its impact is well-known, but its history is not.

The case, which tested a Texas law that criminalized abortion unless the mother’s life was at risk, began in March 1970 when 21-year-old Norma L. McCorvey (“Jane Roe”) filed suit against Dallas County District Attorney Henry Wade. McCorvey wanted an abortion but was prohibited by state law. She took her case to court, and the three-judge district court ruled in her favor. The case was then appealed and taken to the highest court in the country—the U.S. Supreme Court. On January 22, 1973, the Supreme Court ruled that the Texas law violated women’s Fourteenth Amendment right to privacy.

Since 1973, legal challenges have limited the reach of the case but have not overturned it. Every year on the anniversary of this decision, protesters demonstrate outside the Supreme Court building in Washington, D.C. Tens of thousands of churches across the United States observe the anniversary as National Sanctity of Human Life Day, which President George W. Bush declared to be “an opportunity to strengthen our resolve in creating a society where every life has meaning and our most vulnerable members are protected and defended including unborn children, the sick and dying, and persons with disabilities and birth defects.”

Previous Article That’s Entertainment ... Or Is It? Next Article Stem Cells