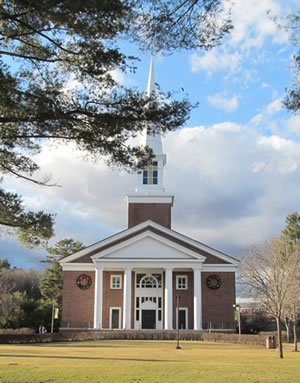 In March, Gordon College, a nondenominational Christian liberal arts institution near Boston, Massachusetts, affirmed its position that homosexual activity is unbiblical. The school’s board will not change its Statement on Life and Conduct after it came under scrutiny because it contradicts the accreditation requirements of the New England Association of Schools and Colleges (NEASC). Gordon’s president acknowledged that the college should be more sensitive to sexuality issues but added that the school remains committed to historic Christian teaching that any sexual relationship outside of biblical marriage is wrong.

The college will no doubt continue to risk losing its accreditation. Bible-believing Christians face increasing pressure to conform to the world and tolerate unbiblical conduct.

“We remain as committed as ever to historic Christian teaching on this topic . . . while recognizing that members of the Gordon community hold varying perspectives.”

—statement by D. Michael Lindsay, president of Gordon College, regarding the school’s ban on homosexual activity