Late Friday the state of Kentucky asked a federal judge to dismiss the lawsuit filed by Answers in Genesis over AiG’s application to receive a future sales tax rebate for its Ark Encounter, a theme park on Noah’s Ark set to open next year. In December the state denied AiG’s sales tax rebate—having previously granted preliminary approval—after state officials bowed to the pressure of anti-Christian groups. Secularists had objected to AiG’s right to a religious preference in its hiring practices and to the religious content to be presented at the Bible-themed park, now under construction in Northern Kentucky.

Although the sales tax rebate program is available equally to all qualifying tourist attractions seeking to build in the state, AiG’s application was rejected by a back-tracking state solely because of the project’s religious identity. AiG’s lawsuit, filed last month, detailed how the unconstitutional action by Kentucky officials, including Gov. Steven Beshear, undermines AiG’s religious freedom and amounts to unlawful viewpoint discrimination as the state attempts to exclude AiG from the rebate incentive.

With its dismissal motion on Friday, the state is now arguing that giving AiG a rebate of sales tax (only offered if the Ark sees high attendance and the state benefits economically) is a violation of both state and federal constitutions. The state alleges that the Ark has changed its objective from tourist attraction to a ministry. AiG, however, has long pointed out the obvious: this Bible-themed park, like its sister attraction, the successful Creation Museum, would center on religious themes. How could Gov. Beshear—who originally expressed his enthusiastic support for the Ark project in 2010 and also declared that the law could not discriminate against a tourist project because of its message—now claim that he has suddenly discovered that a theme park based on biblical themes is about religion?

Ironic as well is that as the state’s lawyers recapped the history of the Ark project in their motion to dismiss, they acknowledged the Ark’s religious themes. For years, Answers in Genesis has made it no secret that its Ark Encounter would deal with the Old Testament’s account of the Ark and would also present New Testament messages.

To watch the assurances made by Gov. Beshear during his 2010 news conference about the Ark, go to 16:00 of this video found on our special Ark lawsuit website.

AiG argues that its application for a sales tax rebate should be treated by the state as any applicant would be that is seeking to build a tourist attraction in Kentucky.  Its federal lawsuit is being heard in the U.S. District Court for the Eastern District of Kentucky.

To read a copy of the lawsuit and discover how the federal Civil Rights Act of 1964 and the Kentucky Civil Rights Act support AiG’s rights in hiring, and watch a video that explains the suit’s background and dispels several myths (e.g., that money is being taken out of the state treasury to build the Ark), go to AnswersForFreedom.org. The video features AiG president Ken Ham and constitutional law attorney Mike Johnson, the chief counsel of the non-profit law firm, Freedom Guard; he is serving as co-counsel with Nate Kellum, chief counsel of the Center for Religious Expression. Both attorneys are offering their services to AiG at no charge. 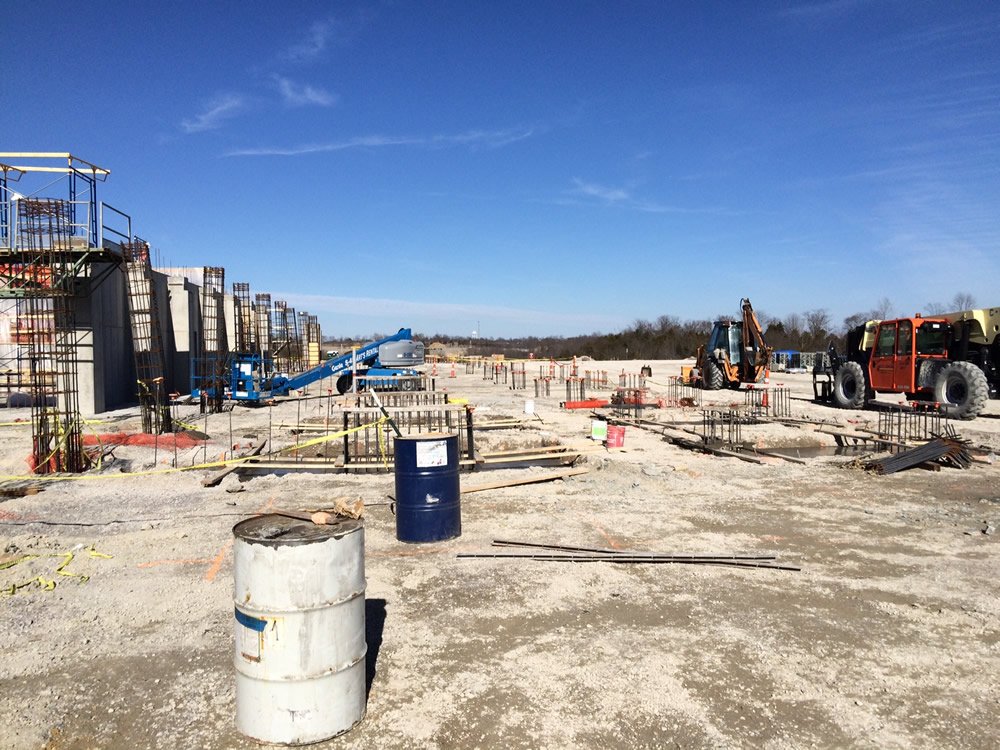 Support structures for the Ark—as high as 12 feet—are going up at the Williamstown site. Next month trucks full of lumber will be arriving from Colorado. We pray this spring will see normal weather as opposed to the unseasonably wet and cold winter that was just experienced.

To follow the exciting progress of the construction of a life-size Noah’s Ark in Williamstown, Kentucky (right off I-75), go to ArkEncounter.com.