In America, today is known as Martin Luther King Jr. Day, a federal holiday that acknowledges the civil rights leader’s efforts to end racial segregation and secure civil rights for all Americans. Dr. King championed the cause of African Americans and other minorities to have equality under the law. He was assassinated in 1968.

At the Creation Museum and Ark Encounter, we have several exhibits that present the biblical explanation for the origin of all people groups (we avoid using the word races) and offer the scientific evidence that confirms what the Bible teaches about human origins. Our attractions also feature displays that condemn racism, including refuting the claim (still sadly heard in some churches) that dark skin color was a curse upon Noah’s son Ham, which of course is not found anywhere in the Bible. Unfortunately, people have misused the Bible to promote slavery and oppress certain people groups—and they have been wrong. Biblically, there is no justification for racism or forced servitude.

At the same time, evolutionary ideas have provided a misguided “scientific” justification for racism. Darwin’s revolutionary book The Origin of Species by Means of Natural Selection has the subtitle The Preservation of Favoured Races in the Struggle for Life. Although Darwin used the term favoured races to refer to animals, his follow-up book, The Descent of Man, removed any doubt that he applied this same concept to humans and thought his “white race” was supreme. Darwin wrote about his belief that some people groups are more highly evolved than others. Throughout Descent, Darwin called dark-skinned people “degraded” and described them several times as “savages.”

All of us, regardless of skin shade, are descended from Adam and Eve. In fact, in the Creation Museum’s first scene of its “walk through history,” we depict Adam as middle-brown in skin shade. (Note: we don’t say “color,” since everyone has the same basic color—just different shades.) All people groups developed over the past 6,000 years, with various eye shapes, skin shades (depending on the amount of the brown pigment called melanin), and so on. 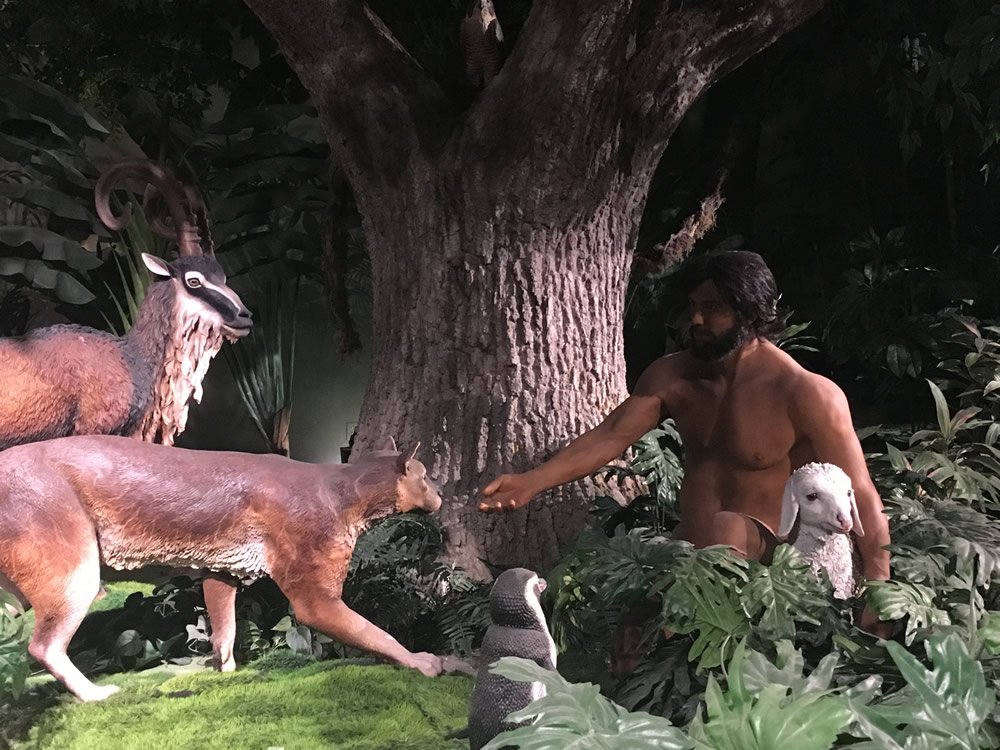 This is how we depict Adam’s skin shade in a Creation Museum diorama.

In the year 2000, researchers finished mapping the human genome and confirmed what the Bible teaches in Acts 17:26 and other passages: we’re all one race. Between any two people, there’s only about a 0.1 percent genetic difference, and only a fraction of that percentage is made up of the so-called “racial” differences.

These are some of the main messages found in One Race, One Blood, a book we coauthored with Dr. Charles Ware, Executive Director of Grace Relations and Special Assistant to the President of The College of Biblical Studies. We reconnected with Dr. Ware here at AiG and invited him to speak to our staff earlier. Here is a video of the 20-minute presentation he gave, titled “Grace Relations.” 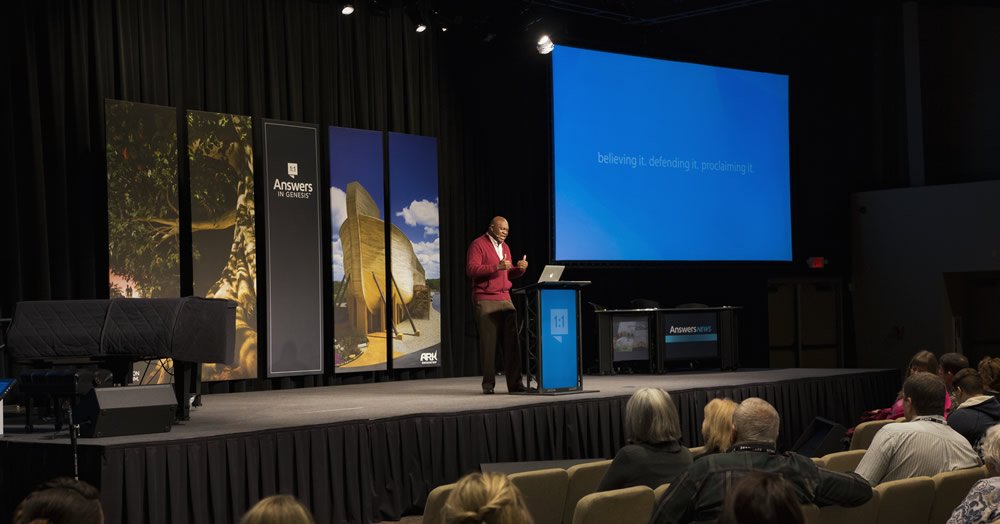 Dr. Charles Ware speaks to the staff of Answers in Genesis.