A change to science textbooks in Korea is causing an uproar. The outcry largely surrounds two outdated icons of evolution that are being expunged or revised in biology texts. In the normally staid journal Nature, a headline blared: “South Korea Surrenders to Creationist Demands.” 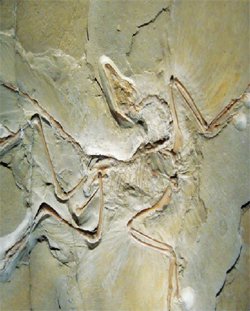 The evolution of Archaeopteryx will be removed from some South Korean textbooks after a successful creationist campaign.

At the urging of the Society for Textbook Revision (STR), which is associated with the Korea Association for Creation Research, some textbook publishers are now revising or deleting a section on Archaeopteryx (a supposed reptile-bird). In addition, the fabled horse evolution series—at least overly simplified images of a direct linear progression—is being discarded entirely from some books.

American geneticist and creationist Dr. Georgia Purdom was encouraged that “Korean publishers have eliminated outdated and false information, which evolutionists themselves acknowledge is outdated.” She added, “Whether in the U.S. or South Korea, public schools need to present valid and updated information in their textbooks, and teachers need the freedom to point out the problems with many of the so-called evolutionary icons.”

This first success was encouraging, but evolutionists’ reaction was swift. In September, the Korean government set up an advisory panel that grudgingly admitted that some of STR’s suggestions might improve the textbooks but urged textbook publishers to reject the wholesale changes that STR recommends.