One Nation Over God

The Bible is the only source to properly understand our need for government and its real nature.

Mention the word government to a typical twenty-first century American and he is most likely to think of Washington, D. C. But if that same American were to travel back in time to 1828 and open a copy of Webster’s newly released dictionary, he would discover that the first definition of government describes “self-government.” Other forms of government, including family (1 Corinthians 11:3, 8–9) and civil government (Deuteronomy 16:18–20, 25:1; Romans 13:1–5), are secondary.

Webster’s 1828 American Dictionary of the English Language reflected this distinctively biblical worldview in its definitions of government and sample usages:

“Direction; regulation. ‘These precepts will serve for the government of our conduct.’”

“Control; restraint. ‘Men are apt to neglect the government of their temper and passions.’”

In this modern age of lawlessness, where morality is believed to evolve based on changing culture rather than eternally fixed principles for self-rule, it is not surprising that the only “government” modern man recognizes is an all-powerful state. The biblical doctrine of government, on the other hand, emphasizes a multiplicity—family, church, and state—each grounded in self-control under God. The tension between these two views of government finds its root in the Genesis record, from the Garden of Eden to the Tower of Babel. 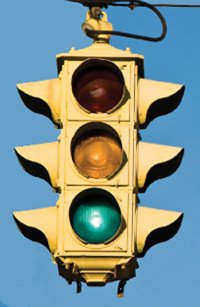 It is impossible to pass a law that is free from moral implications. The real question is not whether man can legislate morality, but which system of morality will be legislated. All laws are either explicitly moral or procedures that uphold a moral concept. Even laws requiring traffic lights impose “morality.” The purpose of traffic lights is to stop people from having accidents, thus protecting property and preserving life.

Even simple laws, like traffic lights, presuppose that (a) order is good and chaos bad, (b) property rights should be honored, and (c) life should be preserved. Each of these principles is rooted in the Genesis account of origins: (a) God the Creator, who declared His work “very good” (Genesis 1:31), is not the author of confusion (1 Corinthians 14:33); (b) He commanded man to bring order to creation by taking dominion over the earth, thus laying the foundation for property rights (Genesis 1:28); and (c) He established the sanctity of life as the first principle of lawful government (Genesis 9:5–6). These are the unspoken moral assumptions behind a traffic light.

In the beginning, God created man and gave him the first law: to keep the Garden but not eat of the forbidden fruit (Genesis 2:15–17). The law was meant to be a blessing to man, but it came with sanctions should man break it. Both the law and its sanctions communicated truths of vast significance about the Creator, including His righteousness, His love, His authority, and His justice.

At first, there was no civil government to enforce the law. Man was to be self-governing under God. He was to delight in the law of the Lord and keep His commandments. But man proved he would not be self-governing. He broke the law and lost fellowship with His Creator (Genesis 3:23–24). He also fell under the condemnation of the law and brought disorder and confusion into mankind’s relationships.

Family government was introduced at the moment of Eve’s creation. Adam was to be the jurisdictional head of the family, and Eve was to be a helper suitable for him (Genesis 2:18). But Adam failed to honor his governmental duties. He should have refused to eat the forbidden fruit that Eve offered him. At that moment tension entered their relationship. God would then declare to Eve: “Your desire shall be for your husband, and he shall rule over you” (Genesis 3:16).

In the years that followed, three distinct units of government emerged, each with privileges and duties. Today, they are known as family, civil, and church governments. Each government carries a God-ordained instrument of punishment to enforce the moral law of God: The family is given the rod (Proverbs 23:13–14); the state, the sword (Romans 13:4); and the church, the keys (Matthew 16:19). But self-government under God remains the defining obligation of every individual.

The Origins of Civil Government

There is no biblical evidence of a sword-bearing, civil government in the pre-Flood world. The two most notable killers in the world before the Flood—Cain (Genesis 4:8–18) and Lamech—feared retribution from their brothers, but neither of them suffered at the hands of a civil magistrate.

God apparently instituted civil government after the Genesis Flood when He introduced capital punishment for murder (Genesis 9:5). Here we discover that the very first principle of godly civil government is the protection of innocent life. The Lord declared to Noah that “whoever sheds man’s blood, by man his blood shall be shed.” God instituted this law because of the creation doctrine of the imago dei (“for in the image of God made he man”).

Nimrod and the Tower of Babel

After the Genesis Flood, God restated His mandate, originally given in the Garden of Eden, for mankind to multiply and fill the earth (Genesis 1:26–28; 9:1). But in the generations that followed, man expressly rejected that mandate. Rather than dispersing and demonstrating self-governance under God, the people gathered at the tower in the city of Babel (Genesis 11:1–9). Their mission: an empire of rebellion—a one-world, centralized government under man. Many commentators believe that the tyrant Nimrod, a “mighty man” of violence described in Genesis 10:9–11, led this enterprise.

The mandate to disperse around the world implied decentralization and self-government (Genesis 1:28, 9:1). The express purpose of the tower, in contrast, was for humans to “make a name” for themselves and to avoid being “scattered abroad upon the face of the whole earth.”

The new Babel state was distinctively religious in nature. It appeared to have a messianic vision of salvation by government and glory to man, symbolized by the erection of a tower to the heavens. Under this centralized religious state the people were one. The Lord Himself revealed the dangers of this Satanic unity: “Now nothing will be restrained from them, which they have imagined to do” (Genesis 11:6). In the end, God judged man’s self-seeking attempt to centralize power at Babel by sending confusion and dispersing men by language groups.

It is likely that the city of Babel served as the model for most of the state-sponsored pagan mystery religions of the ancient world. Many early cities adopted major architectural projects, like the ziggurats of Babylon, which perpetuated ideals similar to those of the centralized human government at Babel.

Since the Garden of Eden, mankind has yearned to restore the sense of order and justice that was lost at the Fall. But the question has always been—will man be self-governing under the authority of a multiplicity of God-ordained governments, each with defined and limited powers, or will he seek a Babel-like solution?

Recall that the Hebrew nation insisted on a king with vast powers like their pagan counterparts, while Samuel pleaded for them to remain self-governing under God (1 Samuel 8:5, 10:19). The totalitarian Roman Empire arose in large part as a response to the perceived inefficiencies and weakness of the more decentralized Republic.

More recently the German people of the 1930s looked to a strongman with absolute authority to bring order after the devastation of World War I. This desire for unity under a modern-day Nimrod-like leader—in this case, Adolf Hitler—brought unprecedented horror, not only to the people of the world but to the very Germans who demanded the new regime.

Just six thousand years ago, the Serpent asked Eve the question, “Has God said?” (Genesis 3:1). Modern man is asking the same question. He hates the moral law of God and refuses to be governed by it (Habakkuk 1:4). Instead of seeking the favor of the Lord through obedience to His law, modern humans seek deliverance through endless legislation and the promises of an all-powerful “nanny state.”

God intends civil law to be a restraint against evil, not a source of spiritual deliverance (Romans 13:4). Ironically, those who believe in evolving morality are the ones who most vocally argue for salvation by legislation. Because they believe man’s problems arise from outward circumstances rather than sins of the heart, they hope to solve man’s problems through government programs and better education. In such a world, the State, not Jesus Christ, is honored as the true redeemer.

The spirit of Babel is alive and well. Men still crave “government” solutions to spiritual problems.

The spirit of Babel is alive and well. Men still crave “government” solutions to spiritual problems. At the heart of this crisis is a misdiagnosis of the basic problem. Man’s problem is not his environment; it is sin (Romans 6:23). The solution begins with spiritual redemption, not social reform or state-imposed order. Because nations are comprised of individuals, the solution requires a change in heart, which only God can do.

The disposition of the individual influences what kind of people rule over him. Because civil governments are ultimately ruled by individuals, the state of their hearts impacts the prosperity of the whole nation. The bottom line is this: Freedom requires self-government; self-government requires righteousness. This explains why, “when the righteous are in authority, the people rejoice; but when a wicked man rules, the people groan” (Proverbs 29:2).

As God makes clear from Genesis, proper government begins with self-government and then extends to the family, church, and state, as each jurisdiction honors their God-ordained duties and boundaries. 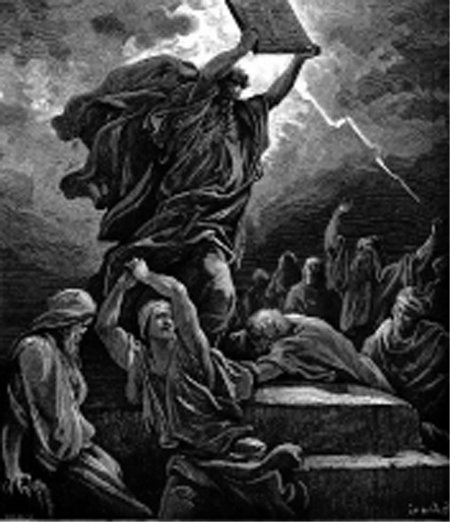 Adam’s Violation of the 10 Commandments

Many generations after the Garden of Eden, God delivered His law to the prophet Moses in the form of the Ten Commandments (Exodus 20). They summarized God’s transcendent moral law, which reflects Christ’s eternal righteousness. Adam’s failed attempt at self-government in the Garden of Eden violated the heart and soul of these commandments, if not almost every individual one:

Answers in Genesis is deeply saddened by Doug Phillips's acknowledged sin, which gained public attention and greatly harmed his testimony and led to the demise of his organization, Vision Forum. In the interest of maintaining an online archive of Answers magazine articles, this item remains accessible on our website; in no way does it signal support for his actions, yet we pray for his restoration.