We mourn the passing of pastor, apologist, best-selling author (the Left Behind novels), and friend, Tim LaHaye. He was 90.

Drs. Henry Morris and John Whitcomb, authors of the monumental book The Genesis Flood in the 1960s, are often considered the fathers of the modern-day creationist movement. But I would add a third founder: Dr. LaHaye, who asked Dr. Morris to start the leading think-tank of creationist research, the Institute for Creation Research, in the early ’70s. Dr. LaHaye, a trailblazer in other ways (he also founded San Diego Christian College and several Christian schools in the San Diego area), was recognized by Time magazine several years ago as one of “The 25 Most Influential Evangelicals in America.” A patriot who loved America, he served in WWII. He was also deeply in love with his wife, Beverly; it was obvious to all who saw them together.

Dr. LaHaye was a personal friend (we shared many meals in San Diego). One of the AiG cofounders, Mark Looy, worked for him for many years while in college and attended his church. A few years ago, Dr. and Mrs. LaHaye, on her birthday, visited us at the Creation Museum. The day before the grand opening at the Ark Encounter earlier this month, the two of them honored us by attending, along with their daughters Linda and Lori. In the photo below, Dr. LaHaye (right) is seen reuniting with one of the other creationist movement cofounders, Dr. Whitcomb (shown with wife Norma), on one of the Ark’s decks on July 6. 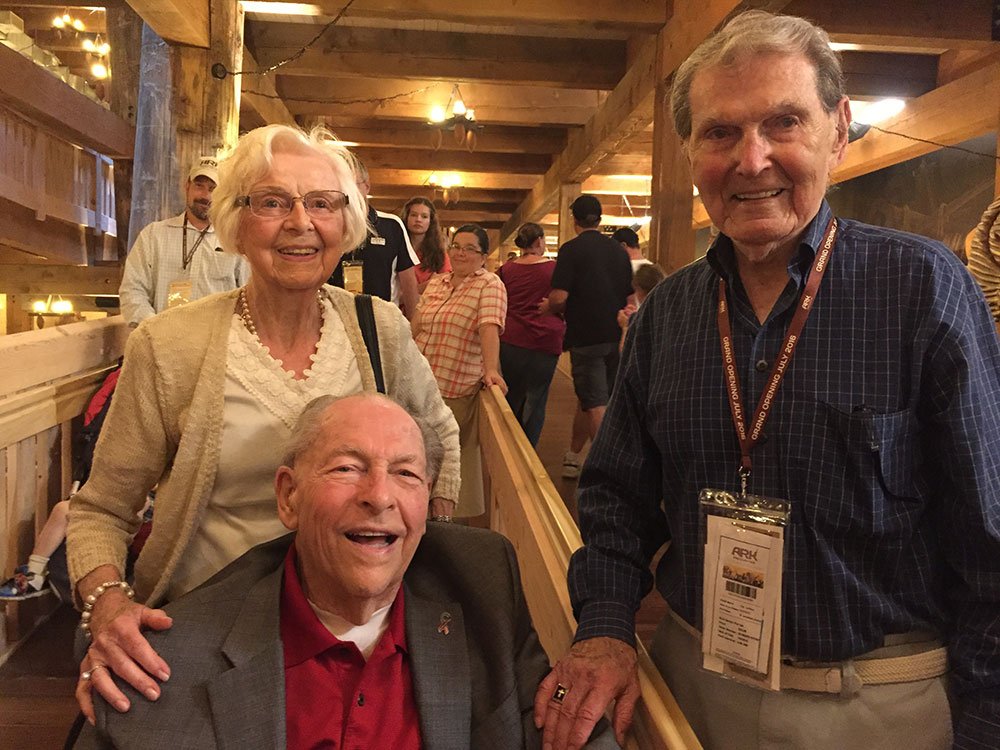 Dr. LaHaye told our Answers magazine, “I like to point out as lovingly as I can that evolution is an intellectual, philosophical fraud. We need to come back to the beginning, ‘God created the heavens and the earth.’”

Pray for Beverly, founder of Concerned Women for America, and children Linda, Larry, Lee, and Lori, nine grandchildren, and sixteen great grandchildren. No information is available yet on a memorial service.