With under three-quarters of a year to go until its grand opening, progress on the Creation Museum continues to accelerate. What was but an empty shell two years ago has become a beehive of activity, with exhibit designers, artists, fabricators, contractors, museum experts and scientists contributing to the ongoing efforts. Due to the increased activity and the fast approach of the grand opening, the museum is no longer open for tours or member events. 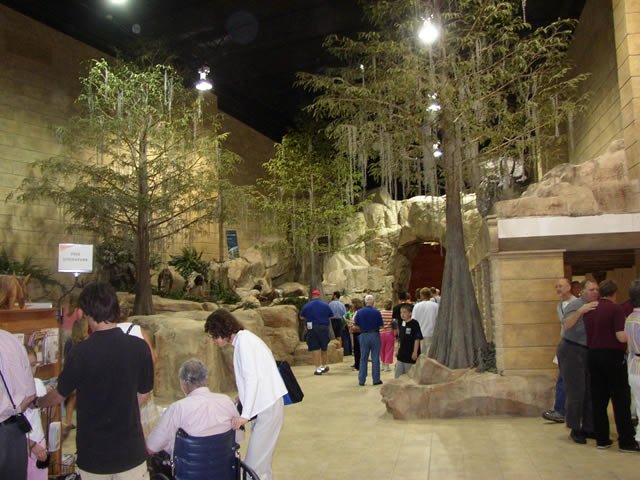 For those of you who weren't able to make it to a charter member event or who are curious about the “latest” museum progress, we thought we would take you on a virtual tour of a few of the construction hotspots.

The lobby is one of the more completed areas of the museum, with its faux eucalyptus trees dominating the artificial landscape. A waterfall splashes into a pool inhabited by (real!) turtles, and animatronic children play with dinosaurs. The lobby features the entrance to the Dragon Hall Bookstore, the Stargazer's Room, Noah's Café, the Special Effects Theater and the main museum exhibits (via a narrow canyon pass). Also in the lobby is the Answers Information Desk, staffed by friendly and helpful attendants who have answers-or will do their best to find answers-to general questions about your museum visit and the Northern Kentucky area.

(You can read more about the Dragon Hall Bookstore in A bookstore as alluring as its books!)

The Dragon Hall Bookstore, packed with the full spectrum of creation and biblical worldview resources, lets visitors step into what looks like the library of an old British manor. The bookstore theme is dragon legends, and how they verify years of human contact with dinosaurs. A stunning relief of a battle scene between St. George and the dragon decorates one wall.

Though the bookstore complements the rest of the museum, unlike the museum, it is open to visitors now. 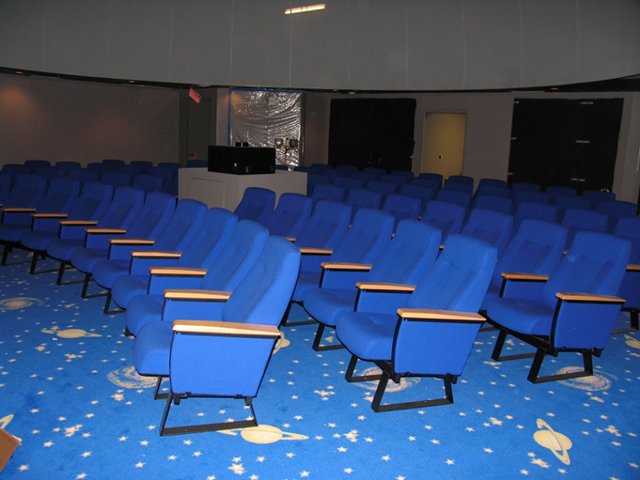 The Stargazer's Room is dominated by one item: the domed screen that appears to hover over rows of plush recliners. It is on this screen that AiG astrophysicist Dr. Jason Lisle will be showing dramatic and innovative planetarium shows, extolling the glory of God's creations in the heavens. 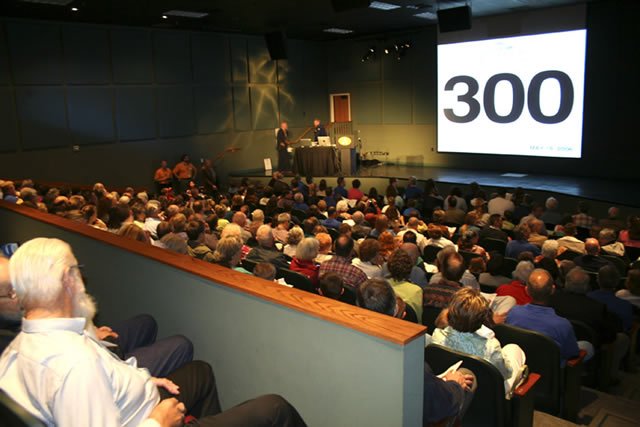 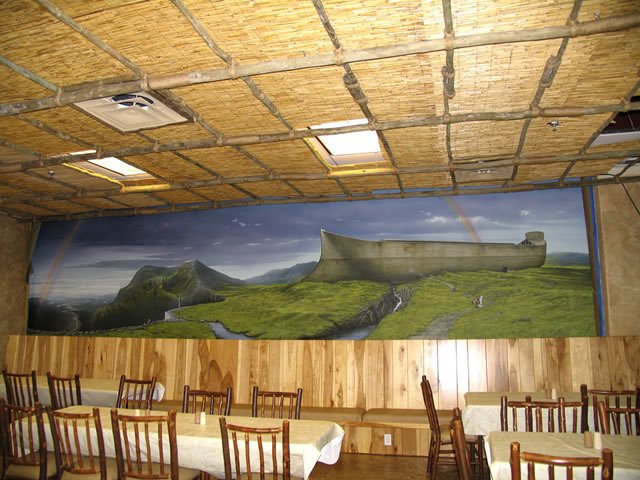 If your eyes drift to the floor, you'll notice a beautiful carpet of stars and planets, which was donated to AiG and came all the way from Germany (donated to us by a businessman in Ireland).

When visitors step into the nearly finished state-of-the-art Special Effects Theater, they will be met by an auditorium that will not only showcase Bible-upholding films, but will also host engaging speakers and seminars.

In addition to serving excellent food to museum patrons, Noah's Café will offer visitors an imaginative look at a mountainside café built from timbers of the Ark.

Recently, an expansion project commenced to increase the seating capacity of the café in order to accommodate the many visitors we expect. Eventually, a deck will extend from the café and overlook the museum lake, offering a beautiful view to match the tasty fare.

This series of rooms presents the foundational understanding of the clash of worldviews, not only in our culture, but across history. In the Dig Site, realistic-looking scientists-one with a biblical worldview, the other with a naturalistic perspective-examine the same realistic fossil. While both have the same evidence, they arrive at very different interpretations of the evidence. 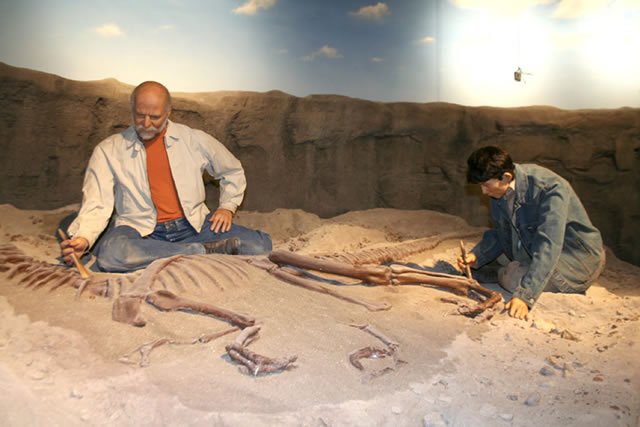 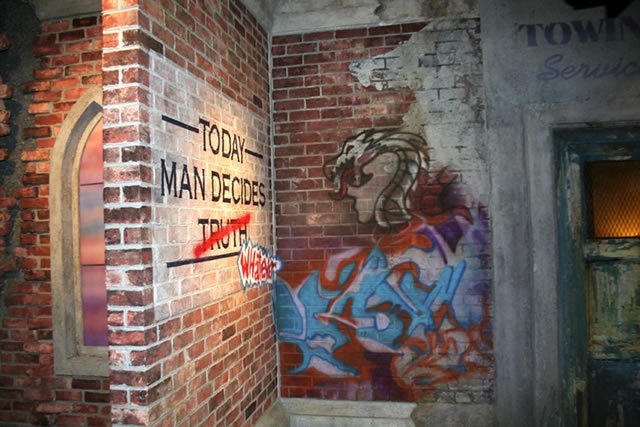 The Opposing Worldviews room continues this theme, showing the naturalist's history of the world and interpretation of the evidence (with ideas like the big bang and evolution and the prevalence of chaos and death), versus the Bible's history.

In the Biblical Authority room, more animatronic characters-from the New Testament-will talk about the Bible's canon. Scenes from the life of Martin Luther will emphasize the importance of basing our understanding on Scripture, and interpreting Scripture primarily through Scripture itself.

Next, you will walk through Graffiti Alley-a gentle (and artistic!) reminder of the moral chaos and malaise underneath-and increasingly above-the surface of today's society.

Then, enter the Culture in Crisis room, where the outer wall of a small church is battered by the wrecking ball of “millions of years.” On the opposite wall, peek inside the home of a typical Christian family-who claim on Sunday to believe the Bible, but live unbiblically the rest of the week as a result of not really accepting the Bible as the authority. 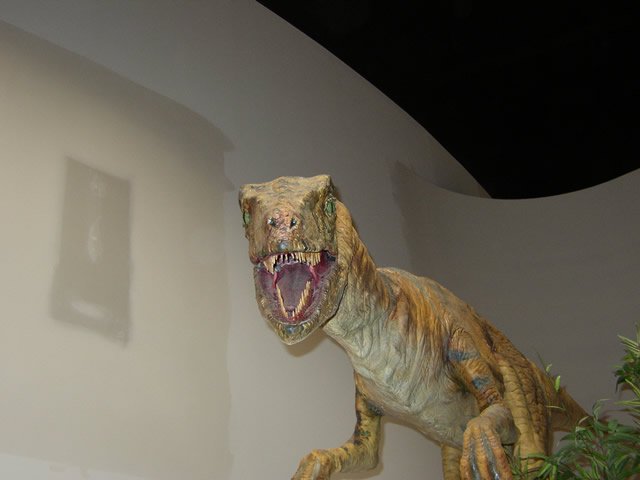 The highlight of the Creation Museum is the Creation Walk, a journey through the 7 C's of biblical history: Creation, Corruption, Catastrophe, Confusion, Christ, Cross, Consummation. After leaving the Culture in Crisis room, visitors walk through a “time tunnel” and visit the Six-Day Theater. There, the six days of creation will be condensed-considerably!-for visitors to watch.

In the Wonders Room, you can examine just a few of the incredible designs God incorporated into the animals around us. Leaving the Wonders Room, visitors will step out into the Garden of Eden (or, at least, a mock-up designed by our fallen artists who live in a fallen world!). While our Eden will certainly be far from the original, it will inspire visitors to imagine how Eden was even more beautiful and perfect than the most beautiful, perfect gardens on today's Earth. 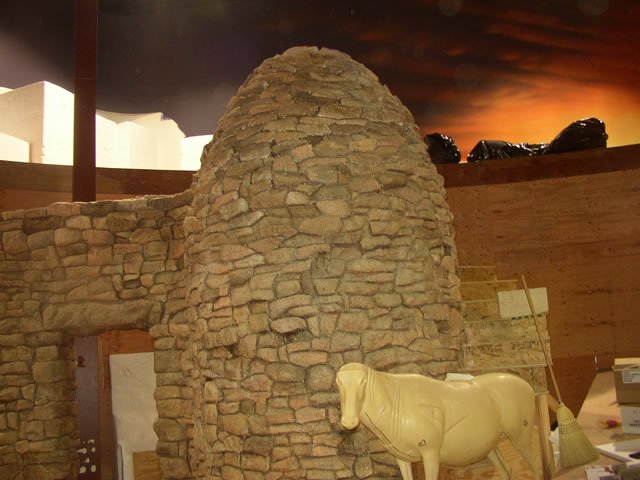 But the beauty and perfection won't last long. As museum tourists walk along, the serpent subtly slithers into the scene, eyeing Adam and Eve and then making his move. With a bite, the creation is cursed, and God must prepare a sacrifice to pay the first penalty for sin.

We leave Adam's house behind and journey thousands of years into the “future” to witness Noah preaching repentance to a godless, sinful world. Looming on one wall is a full-scale rendering of a small section of the Ark-but don't worry, this one will never endure a global flood! 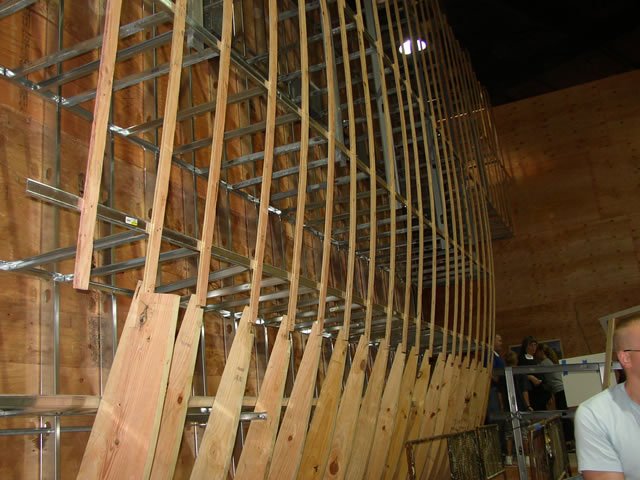 Upon exiting the Ark scene, an exhibit on the post-Flood Ice Age will educate visitors, and a real-time science lab will conduct an ongoing display/experiment to show how stalactites and stalagmites can form in far less than the millions of years secular scientists say they require.

Next, idolatry and confusion at Babel, and the formation of the people groups that now cover the earth. This will answer the question that so many Christians simply shrug at when asked-where did all the races come from?

The story then jumps ahead millennia, to the birth of Christ and His atoning death on the Cross. Mary and a Roman soldier recount different scenes from Christ's life and resurrection. Finally, a showcase of the Consummation of God's plan inspires visitors to enter a chapel for quiet reflection and, we hope and pray, salvation for those unsaved.

Though much of the museum will focus on biblical history, the Palm Plaza will feature science exhibits that rotate on a regular basis. Here, visitors can learn about the latest bible-based and bible-affirming science research, and can grab a snack and relax after the museum tour. Classrooms in the area will host future seminars and classes, and a children's area will give kids a chance to expend energy after (hopefully!) behaving themselves through the museum. 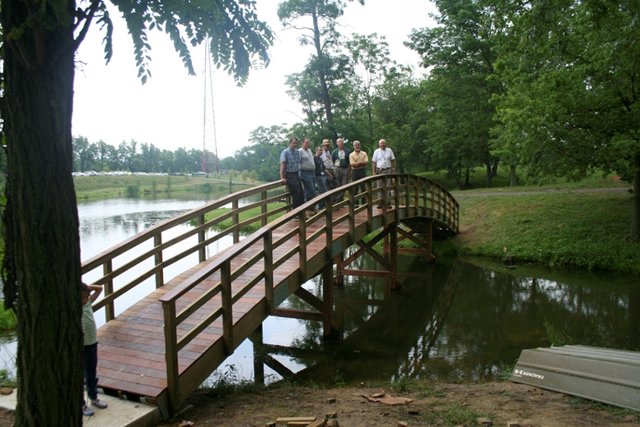 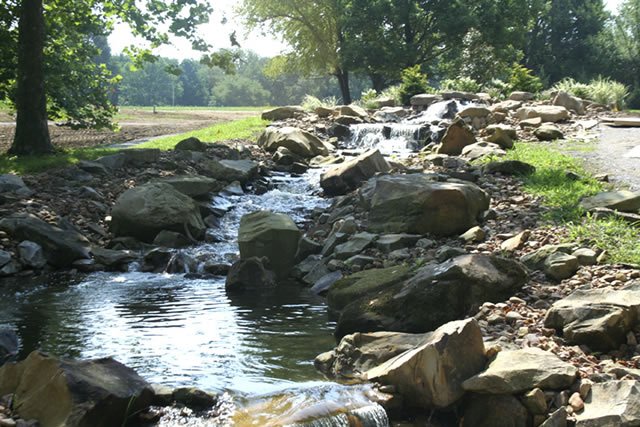 Finally, if your family or group has extra time after visiting the inside of the Creation Museum, tour the nature trails on the museum property. In addition to a variety of bridges that span brooks, waterfalls and the museum lake, you can explore a carnivorous plant bog and a dinosaur rainforest.

Everyone on the Creation Museum team is working hard to complete every detail of the $26.4 million Creation Museum, with the Grand Opening set for next spring. Already, over $22 million has been raised! You may also be interested in membership plans.

We look forward to seeing everyone-yes, even skeptics-visit the Bible-based, Christ-upholding museum, and we pray that we'll see many, friend and foe, leave with changed minds and hearts for Jesus Christ.