It’s an Attack on the Son

When you compromise the Word of God, it is also an attack on the Son of God, whose Word it is. 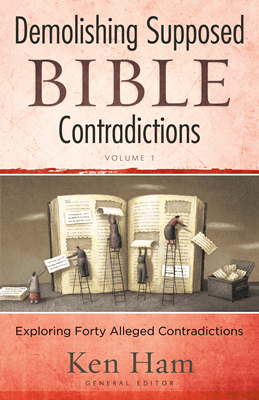 A great new resource for Bible-defenders!

Another contemporary Christian philosopher/theologian stated the following in answer to a question:

Why not receive God’s transforming grace yourself and then be better than the Young Earthers? You know that I don’t hold their views about the age of the universe. Neither do most evangelical Christians, despite the high profile of their movement in churches.2

And why did philosopher #2 say what he did about Christians who take Genesis literally? On a video you can watch on YouTube, this theologian (Dr. William Lane Craig) explains that “I’m going with the flow of what contemporary cosmology and astrophysics supports.”

In other words, it’s ideas from outside the Bible, not the plain reading of Scripture, which determine his view on the age of the earth.

Such compromise is sadly the norm in the majority of our Christian colleges and seminaries.

Many times in this newsletter, I have stated that such compromise is really an attack on the authority of the Word, in spite of some scholars’ sincere intentions to the contrary. It is what I call “The Genesis 3” attack (i.e., creating doubt in regard to God’s Word and asking “Did God really say?”) and it ultimately undermines the authority of the Scripture. Although such beliefs as those above don’t affect the scholars’ salvation as such, they do have a great influence on the students and other Christians these professors influence.

Many young people in our churches are already doubting and disbelieving God’s Word. The result? At least two-thirds of children raised in theologically conservative churches now walk away from the church (or even the Christian faith altogether).

Do you realize how serious such compromise really is?

Then consider these verses:

He is the image of the invisible God, the firstborn over all creation (Colossians 1:15).

Here are two more verses that help show the connection between the Word and the Son of God.

God, who at various times and in various ways spoke in time past to the fathers by the prophets, has in these last days spoken to us by His Son, whom He has appointed heir of all things, through whom also He made the worlds (Hebrews 1:1–2).

Since Jesus is God, then God’s Word (the Old and New Testaments of the Bible) is Jesus Christ’s Word. Christ said, “Heaven and earth shall pass away, but my words shall not pass away” ( Matthew 24:35 ). He also declared, “If you abide in My word, you are My disciples indeed” ( John 8:31; see also John 5:24, 8:37, and Revelation 3:8). And Jesus clearly demonstrated that He accepted Genesis 1–11 as true literal history.3

When Christian leaders deliberately reinterpret God’s Word on the basis of man’s fallible ideas (taken from outside the Bible), not only are they undermining the Word of God, they are actually (though unwittingly) conducting an attack on the Son of God!

This is very serious. Yes, when you compromise the Word of God, it is also an attack on the Son of God, whose Word it is.

May God help each of us to cling to—and tremble before—His Word (Joshua 1:6–9; Isaiah 66:1–2). And may He help us not to follow the teachings that compromise His Word and thereby (even unknowingly) attack His Son.