How Did We Get So Smart?

Noticing the improving intellectual reputation of ancient people like Neanderthals, it’s worth recalling how a person’s worldview colors his interpretation of information about human origins. Smithsonian.com’s review article about evolution of the human mind illustrates this truth.

Abstract thinking is required to produce artwork, tools with multiple components, and complex animal traps. The Smithsonian‘s author recalls the dark ages of evolutionary anthropology when evolutionary scientists believed human ancestors had to progress through 150,000 or so years of evolution in Africa before “modern cognition” finally evolved in Europe 40,000 years ago. Increasingly impressive archaeological discoveries associated with “non-modern” humans in both Africa and Europe, however, have challenged that view. So evolutionary anthropologists have decided that mental evolution began earlier and proceeded more rapidly than previously thought. A somewhat rehabilitated image of our “primitive cousins” has emerged among evolutionists. As an archaeological note in this week’s Nature notes, “Modern human behavior underlying cultural innovations such as language and art might have begun in southern Africa thousands of years earlier than assumed. Evidence of symbolic behavior, such as shell beads, appeared at least 80,000 years ago in southern Africa.”1 After all, Smithsonian archaeologist Alison Brooks reasons, “It’s hard enough to tell what the cognitive abilities are of somebody who’s standing in front of you. So it’s really hard to tell for someone who’s been dead for half a million years or a quarter million years.”

It always made sense that the origins of modern human behavior, the full assembly of modern uniqueness, had to occur at the origin point of the lineage.

Ironically, Arizona State paleoanthropologist Curtis Marean notes, “It always made sense that the origins of modern human behavior, the full assembly of modern uniqueness, had to occur at the origin point of the lineage.” He believes symbolic  and abstract thinking and the language it makes possible rapidly opened up the world to human trade and settlement. If only Marean and those that share his evolutionary worldview would accept God’s account of human origins, they would see this statement is indeed true. The origin point, however, was the creation of Adam about 6,000 years ago.

But evolutionary thinkers still cannot wrap their minds around the idea that people appeared on the earth with fully mature mental abilities. Gradual is their key word. Because they believe that the archaeological record seems to indicate a “gradual accumulation of new and more sophisticated behaviors,” evolutionary anthropologists believe the mental abilities to support those behaviors had to evolve. Yet they note large gaps in this archaeological record across which it is difficult to discern whether mental evolution was gradual or punctuated by leaps and losses. For instance, the symbolic behavior in southern Africa, mentioned in Nature this week, “seemingly disappeared and did not return until roughly 20,000 years ago.”2

But from a biblical point of view, we know the human brain did not have to evolve; therefore, the appearance of “primitives” whose use of shell beads is recorded at one place in the geologic record and of other “primitives” whose skill at engraving designs on bones is recorded elsewhere does not represent a gap in the evolutionary record at all, but only cultural diversity over a span of several centuries. 3

The key to correctly understanding and interpreting human origins and history is, however, the Bible. The dates cited in paleoanthropology are based on unverifiable assumptions, such as those underlying the interpretation of radiometric data. Biblical history explains that God created two humans, Adam and Eve, about 6,000 years ago as fully mature people. Made in the image of God, they were able to communicate using language and to think abstractly. Biblical history (Genesis chapter 4) records their descendants soon were adept at making musical instruments, metal-working, and animal husbandry. The mental ability to do these things did not have to evolve. Ultimately, any archaeological record of man’s earliest history was forever lost in the global Flood.

Noah’s descendants dispersed from the tower of Babel with their confusing array of languages and spread out in a world offering the post-Flood challenge of the Ice Age (which was triggered by the Flood4). People classified as Homo erectus and Neanderthal were some of the humans who spread out into the world after Babel during the Ice Age. And the apparent “primitiveness” of the tools and artifacts left by such people is easily understood when we recall they were separated from the larger body of humans by the confusion of languages. They had to re-develop many of the skills needed to advance technologically. Just as modern engineers suddenly thrust into a wilderness without their accustomed tools and co-workers would not build the Mars explorer, Curiosity, overnight, so these people had to deal with life’s challenges, building new civilizations from the ground up.

The reliable eyewitness account in the Bible can guide us to correctly interpret what we see in ancient human history. The presumption that evolution must have happened, that humans must have gradually evolved from lower creatures over tens and hundreds of thousands of years is a belief superimposed as an article of faith on the world of anthropology and paleontology by evolutionary thinkers. 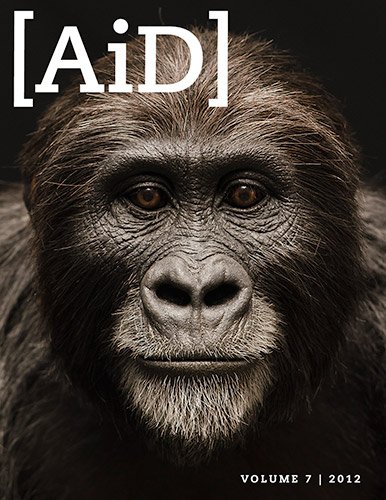