To call an organ “useless” or to say it has “reduced functionality” requires a preconceived evolutionary belief about the past. Thus originates the problem with so-called vestigial structures as “proof” of evolution. 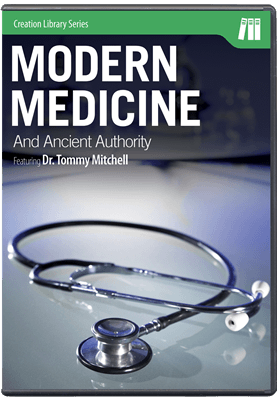 Modern Medicine and Ancient Authority
Is a belief in evolution necessary to be a good doctor? Some have claimed that a physician who rejects the idea of evolution will make bad clinical decisions. Is there a basis for this claim?

In many popular biology textbooks, evolutionists point to vestigial structures—organs and other biological structures that have supposedly lost function or no longer function as they once did—as proof of evolution. To be sure, some scientists have downplayed its significance, but the word vestigial has become synonymous with evolutionary “leftovers” in the popular imagination.

But, as with many such “proofs” of evolution, the problem lies with the assumptions. To say that a biological structure has reduced functionality, we have to take several things for granted.

First of all, one would have to know the level of functionality of the organ or structure in the supposed ancestral organism. Second, we would have to know that the structure in question has minimal or no use in its present form. However, of the 180 or so organs that have been called vestigial in humans, all have been shown to have function. Last, and most importantly, for this type of argument to be used, one has to assume evolution to be true in the first place! So, if vestigial organs are obviously left over from our evolutionary heritage, then evolution must be true. Here evolution is assumed to be true in order to make the argument. This is a logical fallacy, called begging the question.

As scientific understanding of the human body has grown, we have discovered the function of many organs that in the past were thought to be useless. The appendix, the pineal gland, the coccyx, and the thymus gland are just a few of the structures previously thought to have no significant function. In fact, declaring that certain structures have become useless may have actually hindered scientists’ search for their function. After all, if an organ is considered to be an evolutionary left over, why bother looking for its function? 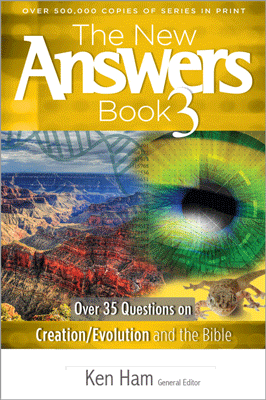 The question of so-called “vestigial” organs is covered in more detail, along with dozens of other relevant questions about biblical authority, in our New Answers Book 3.

Furthermore, the process by which an organ or structure could become vestigial has never been adequately explained. What is the mechanism that leads to loss of function? For example, consider the appendix, which was classified as a useless evolutionary leftover (although its function has been demonstrated in recent years). Evolutionists have postulated that in the past, man had a larger cecum, but as man progressed from a higher-fiber diet to a lower-fiber diet, the larger cecum became less necessary. Thus the appendix is said to have resulted from a loss of cecal size. What is not explained is just how a change in diet would change the DNA—adding, subtracting, or modifying information—in order to bring about this structural change in man.

The entire concept of vestigial organs is based on evolutionary storytelling. There is nothing in operational science to suggest that any of these so-called evolutionary “remnants” are less than fully functional in their present form.

Humans did not evolve. We were created in the image of the Creator God (Genesis 1:27). Our sin brought death to this world, and the creation groans under the effects of sin to this day (Romans 8:20–22). But there is a remedy.

Our Creator, Jesus Christ, took on the attributes of humanity (yet without sin), humbled Himself, and entered this sin-cursed earth (Philippians 2:5–8). He then died on the cross, took the punishment for our sin upon Himself, and rose gloriously from the dead. His was a true rescue mission. (For more, take a look at the best news you’ll ever read.)

If you believe in His life, sacrifice, and resurrection, then, for you, one thing does become vestigial . . . death.