Cutting Out a Useless Vestigial Argument

Many have abandoned faith in the Bible influenced by such arguments—arguments which are themselves ‘vestigial’, the vestiges of supposed truths that, when used today, are useful only to mislead.

Paul Whitten of Edinburgh, Scotland, had his appendix surgically removed and sent a letter to New Scientist magazine. “My surgeon”, he wrote, “told me I wouldn’t miss [my appendix] because it no longer serves a purpose in humans.” Whitten’s surgeon was repeating a long-discredited argument for evolution—the belief that the appendix and many other parts of the body are useless “vestigial” organs, which our evolutionary ancestors needed but which we no longer do.

“Your surgeon was a little out of date”, replied Chicagoan Kathleen James in the pro-evolution magazine’s questions-and-answers column. “Although it used to be believed that the appendix had no function and was an evolutionary relic, this is no longer thought to be true. Its greatest importance is the immunological function it provides in the developing embryo, but it continues to function even in the adult … . The function of the appendix appears to be to expose circulating immune cells to antigens from the bacteria and other organisms living in your gut. That helps your immune system to tell friend from foe and stops it from launching damaging attacks on bacteria that happily co-exist with you.”1

James also mentioned why the appendix can be removed without harming us: “By the time you are an adult, it seems your immune system has already learned to cope with the foreign substances in the gastrointestinal tract, so your appendix is no longer important. But defects in [the appendix and other] immune sampling areas may be involved in autoimmune diseases and intestine inflammation.”

Johan Uys of Bellville, South Africa, also weighed in on Whitten’s question: “In humans, [the appendix] was thought to have no physiological function”, Uys wrote. “However, it is now known to play a role in fetal immunity and in young adults. During the early years of development, the appendix functions as a ‘lymphoid organ’, assisting with the maturation of B lymphocytes (a type of white blood cell) and in the production of immunoglobulin A antibodies [both of which help fight invading germs]. In addition, at around the 11th week of fetal development, endocrine (hormone-producing) cells appear in the appendix. These cells produce peptide hormones that control various biological mechanisms.” 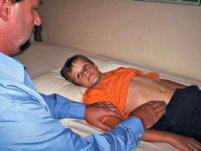 Even though some of the beneficial functions of the appendix have been known for decades, the Encyclopaedia Britannica2 and many high school biology textbooks still indoctrinate students into the belief that the appendix is a useless vestigial testimony to evolution.3 The point of such assertions is made clear in an older textbook, 1977’s Elements of Zoology: “Structures without use and of reduced size are termed vestigial organs. From the standpoint of special creation these organs are difficult to explain; from that of evolution they are obviously features that were functional and necessary in their ancestors but are now in the process of disappearing from living organisms.”4

Darwin used the same argument,5 as did the evolutionists at the 1925 Tennessee Scopes trial.6 Millions of people have abandoned faith in the Bible influenced by such arguments—arguments which are themselves “vestigial”, the vestiges of supposed truths that, when used today, are useful only to mislead.