Truth about Origins and Faith

Part 2 examined biblical truth and what Christ meant by a true witness or testimony. We now look briefly at how truth is personified in Jesus, before applying all we’ve studied to the debate over origins, and what it means to have faith.

Biblical truth—whether conveyed by ἀλήθεια (alḗtheia) in the New Testament or אֱמֶת (ʾěmeṯ) in the Old Testament—means much more than factual accuracy. Yes, it most certainly incorporates our modern understanding of “truth.” But at its core are the concepts of faithfulness and constancy, implying dependableness, reliableness, and integrity.

Think about appliances. The answer to a simple question such as, “Is it a vacuum cleaner?” may be “Yes, that’s true.” But if you’re going to spend $100 or more, you want to know a bit more than that. (Besides which, if that’s the only question you ask the salesman in the appliance store, he probably won’t be impressed!) You want to know if it will work properly. And, if you’re like me, you’ll be especially keen to know if it will be reliable, and if it’ll last a long time. A disreputable retailer selling inferior-quality vacuums may advertise their products as being genuine, but if they quickly break down or have poor suction, you wouldn’t be pleased. That’s the difference between the real deal and a substandard or counterfeit product. It’s also the difference between a full and rich definition of “truth” and a partial, shallow one.

The true measure of the promised authenticity and genuineness of something is its efficacy and durability. With this in mind, we can see why Jesus said, “I am . . . the truth1” (John 14:6)—not only because He is “true, and teach[es] the way of God in truth” (Matthew 22:16), but because His whole character is utterly dependable and reliable.

So in a sense Oscar Wilde was on to something when he ventured that, “Truth, in the matters of religion, is simply the opinion that has survived.”2 The fallible philosophies and false religions of men are transient. They come and go (Isaiah 40:6–7). But that which is true endures (Isaiah 40:8). Jesus puts it like this:

Which One Is True?

Let’s apply all we’ve learned about faithfulness, reliableness, and the enduring quality of truth to the context of the debate over origins (which is fundamentally about the authority of the Bible). Ultimately it boils down to how reliable the witnesses (or testimonies) are. Let me explain.

As no living human witnessed the beginning, any conclusions are taken on faith.

Consider, then, the following in summary of the above:

So we are left with these important questions: Are our data completely reliable? Do we really trust those who are interpreting the evidence for us? Have we given honest and adequate consideration to the eyewitness account of the Bible? And, ultimately, are we absolutely sure and confident in our “faith?”

The Oxford Dictionary of English defines “faith” in the following ways: 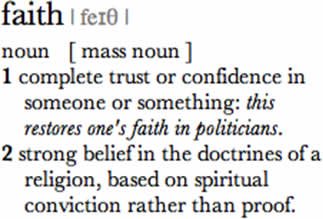 Many people associate faith with the second of these two, as they think it only applies to established religion. They also wrongly assume that just because something is taken on faith and cannot be proven irrefutably, it lacks evidence. This is what people often mean by “blind faith,”17 which they associate with an unthinking, uncritical acceptance of crazy ideas and myths. But the irony is that the biblical concept of faith is something strong and sure, being based on a very firm conviction and confidence in God and His Word (in addition to corroborating evidence), even though the object of faith may be unseen:

Now faith is the substance [NIV “confidence”; NASB “assurance”] of things hoped for, the evidence of things not seen. (Hebrews 11:1)

As creationists we openly and willingly admit that our position is one of faith, in the true sense of the word. We weren’t there at the beginning, but we’re very happy to place our confidence completely in One who was, and in the account of creation that He gives us in His Word, the Bible.

This does not mean that there are no data or evidences that support and corroborate the biblical account of history. On the contrary,

since the creation of the world His invisible attributes are clearly seen, being understood by the things that are made, even His eternal power and Godhead, so that [ungodly and unrighteous men, who suppress the truth in unrighteousness] are without excuse. (Romans 1:20) 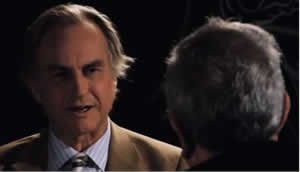 Every view on origins is ultimately accepted on a faith of sorts,18 though most proponents of evolution do not like to admit it. But, ironically, the “faith” of Richard Dawkins, even at his own admittance, is not totally, one hundred percent sure. In the film Expelled: No Intelligence Allowed, when Ben Stein asked Dawkins if he would be willing to put a number on how convinced he is that God doesn’t exist, Dawkins responded,

I’d put it at something like ninety-nine percent against . . . I just think it’s very unlikely. . . . And it’s quite far from fifty percent.

Stein then asked Dawkins how the heavens and the Earth were created, to which he replied,

Nobody knows how it started. . . . We know the sort of event that must have happened for the origin of life. . . . It was the origin of the first self-replicating molecule.

Next, Stein wanted to know what Dawkins thought is the possibility that intelligent design might turn out to be the answer to some issues in genetics or in Darwinian evolution.

It could be that at some earlier time somewhere in the universe a civilization evolved, probably by some kind of Darwinian means to a very high level of technology, and designed a form of life that they seeded onto, perhaps, this planet. . . . And I suppose it’s possible that you might find evidence for that if you look at the details of biochemistry, of molecular biology. You might find a signature of some sort of designer.

Richard Dawkins is admitting that the data may point to a designer of life.

This is astonishing! Richard Dawkins is admitting that the data may point to a designer of life on Earth. This concurs with the interpretation of creationists. It is simply his conclusion about the identity and nature of the designer that differs. Whereas Christians say the designer of the universe is God, Dawkins claims,

Well, I think the point that Dawkins has made abundantly clear is that he has a “faith”-based interpretation of the evidence; evidence that could equally—indeed more convincingly in my estimation—be taken in corroboration of the biblical account of origins. Ultimately it all boils down to faith. Who do we trust—God, or some man (or group of men)?

If you’re looking for God to send a conclusive sign of incontrovertible proof that the Bible is true, that creation happened in six literal days around 6,000 years ago, and that Jesus is the Messiah, the Son of God, you’ll be disappointed. When the Pharisees sought a sign from Jesus,

He answered and said to them, “An evil and adulterous generation seeks after a sign, and no sign will be given to it except the sign of the prophet Jonah.” (Matthew 12:3919)

Besides, even if confronted by a miracle, the hardened heart and closed mind will not necessarily surrender.20,21 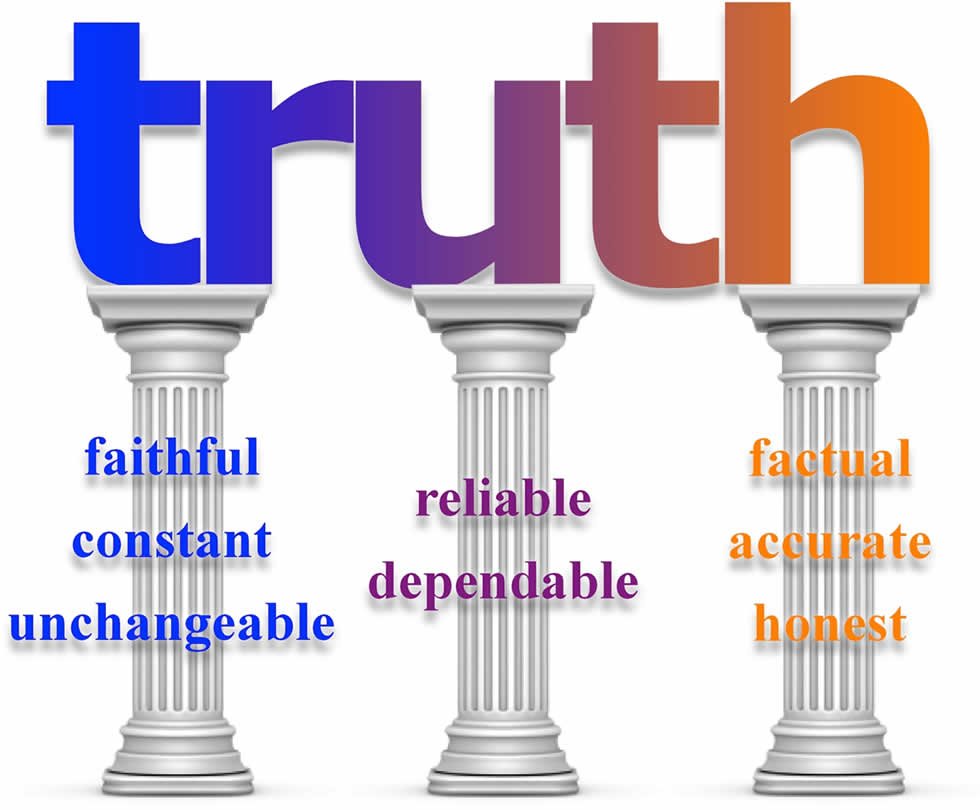 I can think of at least two reasons why God would not present unassailable proof of the Bible’s veracity (in the sense that skeptics, such as Dawkins, demand):

We have no right to demand further “proofs.” It is enough that Jesus came into the world to bear witness to the truth.

Ultimately each person has to choose whether to accept or reject the One who calls Himself “the way, the truth, and the life” (John 14:6). He put it bluntly when He said,

He who believes in the Son has everlasting life; and he who does not believe the Son shall not see life, but the wrath of God abides on him. (John 3:36)

Christ came for anyone who is honestly seeking the truth with an open heart and mind. And those who find Him need look no further. Those who wholeheartedly trust in and submit to Him and His teachings will be truly enlightened and liberated (John 8:12, 31–32), and through His death and Resurrection will find forgiveness of sin and eternal life in relationship with the God who created the universe.

Everything about His character and Word are utterly dependable (including His teaching about the origin and history of the creation). Millions of Christians—including outstanding scientists who are neither ignorant, nor stupid, nor insane, nor wicked—can testify to that.

Previous Article How Does Biblical Truth Apply to the Character of God?