by John Mackay on May 1, 1980
Share:
Email Using:
Gmail Yahoo! Outlook Other

Modern geology usually dismisses the possibility of a worldwide flood and therefore never examines the evidence in terms of such a flood.

This is easily demonstrated by insisting that those who claim “there is no evidence” explain what they would look for to prove a worldwide flood. Anyone who cannot answer this question does not really know what the evidence means at all, for they have not thought about the question. The present conclusions of such people are not the result of study or conviction with which they present their view.

What geological results would a yearlong worldwide flood leave? A global, catastrophic flood, would produce fossils showing signs of being rapidly and catastrophically deposited by water. But how would you detect this? What differences should be observed between fossils produced by a flood over one year, and the slow death, burial and accumulation, so often used to illustrate how fossils are believed to have formed.

During a walk along the beach you are bound to come across the type of shells shown in the following photograph. 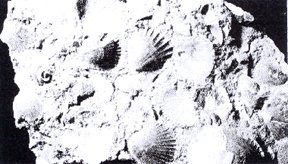 “What is the difference?” you ask. When next you go walking along the beach, or skin-diving, notice one thing about the living or dead present-day shells—they are there as part of an ecosystem. Along with the dead or living shells are a variety of dead or living plants and animals. Observe the following photo of fossil shells: 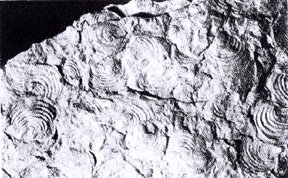 Note that it is not simply a buried ecosystem. Whatever the shell lived with or wherever it lived, its environment and its companions are not preserved. These shells are buried alone. They have been washed to where they are now buried. At the same time their previous life companions have not been washed to this location.

Only a current which had considerable sorting power could do this, i.e. it flowed for a significant distance and had significant force to sort out objects of a particular shape, texture and density and then drop them in a new location.

Study the following photos of a shell from the beach or sea floor and a fossilized shell. One more distinction is obvious in many cases. 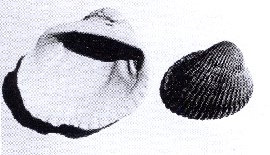 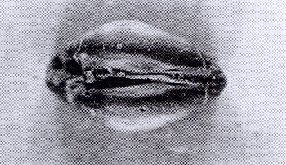 All shells shown are dead, but the fossil shell is shut, whereas most present dead beach shells are open. When a lamellibranch dies, its muscles relax and the shell automatically opens. The connecting ligament decays and the shells separate into halves and then proceed to break up into fragments. However, the fossil specimens shown are closed. Only one conclusion is possible: these shells were buried alive.

In attempting to explain how the shells got there, we are really trying to postulate what type of conditions could:

To insist as do many geologists that shell deposits of this type were buried over eons of time where they lived, is not a viable explanation. The observable data (fossil remains and behavior of present dead shells) is only consistent with a rapid and catastrophic flood type of deposition.

Precautions: When you discover a single bed or deposit of shells like the ones described in this article, you have not proved a worldwide flood. But the more deposits we find which can only be explained on the basis of "catastrophe", then the more geology will be made to work within a flood framework rather than an evolutionary one. 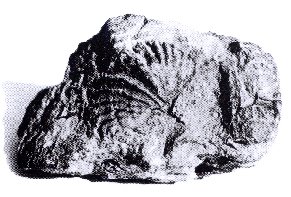