by Dr. Werner Gitt on April 16, 2009
Featured in In the Beginning Was Information
Share:
Email Using:
Gmail Yahoo! Outlook Other

If someone presents a model for explaining the origin of life, but he cannot say where the creative information characteristic of all life-forms came from, the crucial question remains unanswered.

In our study of the nature of information we have come across various different distinguishing criteria:

Yet another distinction could also be made regarding the sender and the quality of the information processing involved. There are three types:

1. Copied information: This is comprised of the identical propagation of existing information. No new information arises during copying, so that it is a mechanical process and not an intellectual one. The equipment and methods used for copying were created by the initiative of one or more minds, and the copying process itself is also a deliberate and purposeful action, but it can be done by a machine. Examples of copied information: Duplication of a computer program in a data processing system (e.g., magnetic tape, magnetic disk, and real memory), replication of DNA molecules in living cells, the second printing of a book without any changes or additions, making a photocopy, and reading an extract or a letter. Every piece of copied information must, however, have been created somewhere along the line.

2. Reproduced information: In the arts, there is a clear distinction between the original composer, poet, or writer, and the subsequent performers of such works. An actor did not create the acts or the text, but he does contribute by employing his own talents of intonation, mimicry, and creativity. Similarly, when a Mozart symphony or a Bach cantata is performed, the musicians play a reproductive role—they do not alter the work of the composer, but they might introduce individual effects. We thus define reproduced information as a semantic entity which is elaborated and adapted by the actual sender without modifying in any real sense the originally created information. All animal languages can be included in this category, because all allocated meanings are fixed. The acts of performing animals are reproductive and not creative. Computer software functions according to this principle, since all creative ideas like algorithms (methods of solution) and data structures had to be devised beforehand by the programmer and then implemented in the form of a written program. The various relevant parameters can be entered into a machine (computer) which does nothing more than reproduce the available information in the required form. Even the results obtained by means of AI programs (artificial intelligence; see appendix A2.3) are in the last instance nothing more than reproduced information. They may be quite complex and may appear to be “intelligent,” but they cannot create information. Machines can reproduce information, since reproduction does not entail creative thought processes.

3. Creative information: This is the highest level of transmitted information: something new is produced. It does not involve copied or reproduced information. This kind of information always requires a personal mind exercising its own free will, as original source. This generally entails a nonmaterial intellectual process, which, thus, cannot be entrusted to a machine. Creative information can always be linked to a person who has cognitive capabilities, and it represents something new. We can now formulate the following special theorem:

Theorem 29: Every piece of creative information represents some mental effort and can be traced to a personal idea-giver who exercised his own free will, and who is endowed with an intelligent mind.

This theorem can also be expressed as follows:

Theorem 30: New information can only originate in a creative thought process.

Examples of creative information: designing a coding system, designing a language, untrammeled discourse by means of natural languages, creating a programming language, writing a book, writing an original scientific paper, program instructions in DNA molecules, and the setting up of blueprints for living beings. 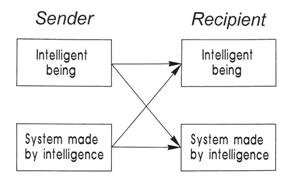 Figure 23: The four possible combinations of sender and recipient.

Conclusions: It should now be clear where the follies of evolutionary views lie. If someone presents a model for explaining the origin of life, but he cannot say where the creative information characteristic of all life-forms came from, then the crucial question remains unanswered. Somebody who looks for the origin of information only in physical matter ignores the fundamental natural laws about information; what is more, he scorns them. It is clear from the history of science that one can ignore the laws of nature for a limited time only.

There are only four different possible relationships between sender and recipient [G4], as illustrated in Figure 23. Only intelligent beings qualify as sender or recipient (God and man), or systems constructed by intelligent minds (e.g., man, other living beings, machines like computers or communication systems, and storage media). The four possible communication channels are shown in Figure 23. According to Theorem 29, senders of creative information can only be personal beings, while machines may serve as senders of copied or reproduced information.

There also are cases where both the sender and the recipient are parts of a complete transmission system (Figure 24). 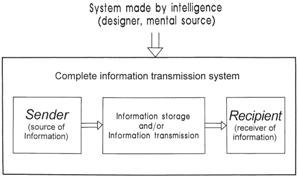 Figure 24: A complete transmission system in which sender and recipient are integrated. The entire system is based on conceptual ideas and always requires a mental source.

Example: In the system used for the transmission of exact (atomic) time in Germany, the atomic clock located at the Physikalisch-Technischen Bundesanstalt (Federal Institute of Physics and Technology) in Braunschweig, transmits the exact time over the transmitter designated as DCF77 in Mainflingen (near Frankfurt/Main). A specially designed code is employed (compare Theorems 6 to 11) and these signals can then be decoded by commercially available receiving equipment to provide time and date. Both the transmitter and the receiver are “systems created by intelligence” (the lower link in Figure 23). All the parts of this system have been produced by intelligent minds, as shown in Figure 24.