An Interview with Rosaria Butterfield—A Friend of Sinners

Dr. Rosaria Butterfield was a tenured professor of English at Syracuse University, New York, where she was an outspoken lesbian activist until she received Christ in 1999. She is now a full-time mother and pastor’s wife, and author of Openness Unhindered and Secret Thoughts of an Unlikely Convert.

You describe your conversion as a “train wreck.” Give us a brief testimony.

In my late twenties, I met my first lesbian partner. By the time that I started to read the Bible, I was 36 and a professor of feminist theory and nineteenth-century British literature. About that time, I met a pastor named Ken Smith who became my friend. He shared the gospel with me over and over again. I realized I had been persecuting Jesus. So I committed my life to Christ, and then things got really hard.

What about the charge that Christians are unloving toward those involved in homosexuality?

Ken never sat me down and said, “You are a terrible sinner because you are a lesbian.” But I had been reading the Bible and had been spending time with his family, and there was a witness against sin. And at the same time there was also a welcoming friend who really loved me and met me right where I was. We need a strong biblical witness, and we need real friends.

You’ve read and analyzed many books. How did that impact your reading of the Bible?

I read whole books at a time, and I studied the Bible’s authority. Every book you’ll ever read has an internal purpose. Even unbelievers know that the Bible’s a dangerous text because its internal purpose is to redeem—to change the very nature of humanity. That’s a scary prospect. 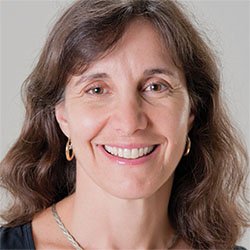 Does Genesis and creation matter when I am speaking to my homosexual neighbor?

Creation is important to every orthodox Christian. If you want to understand the holiness of God, you’ve got to go back to Genesis. I’m asked to explain to my friends who might not understand why Christians are taking this stand. You can’t defend what you can’t define, and you can’t define marriage unless you read Genesis.

Some Christians call themselves “gay Christians.” What’s the problem with this kind of terminology?

What you see in this new idea of “gay Christianity” is the idea that the Bible is mostly true, except for those parts that take my life captive. We were all born broken. We were all born to desire things that we ought not. But as soon as we make an identity out of that, we get into trouble. We need to mortify indwelling sin, not make peace with it.

What can Christians do in a culture where sin is celebrated?

Spending an hour a day in the Word is not just for privileged sixteenth-century German monks. We are in a serious battle for the gospel. We need to be on our knees. We need to have our Bibles open, and we should be reading them deeply and crying over them.