“The Debate is Over”

June 26, 2015, was a dark day for Christianity in the United States. In the case of Obergefell v. Hodges, the US Supreme Court—with Justice Anthony Kennedy leading the charge—determined that same-sex couples have a constitutional right to marriage. Most people were unsurprised by this outcome, but nonetheless, the announcement garnered a variety of reactions from people on both sides of the issue.

Chief Justice John Roberts, who voted against same-sex “marriage” but indicated that he actually does support it, told LGBT rights advocates to “celebrate today’s decision. . . . But do not celebrate the Constitution. It had nothing to do with it.” And celebrate they did.

What little neutrality may have existed in our government on this issue disappeared in the rainbow lights that flooded government buildings and other monuments across the country as a show of support. Even the official website for the president of the United States sported a graphic of a rainbow-colored White House.

And so began the slide down the slippery slope, with Time magazine calling for the end of tax exemptions for religious organizations, and polygamists asking for their multiple-spouse relationships to also be recognized as “marriages.”

Justice Samuel Alito in his dissent predicted what many Christians already know: The Supreme Court’s decision “will be used to vilify Americans who are unwilling to assent to the new orthodoxy.” Indeed, Justice Kennedy implied as much when he wrote that Christians would have First Amendment protection to teach about biblical marriage—but nothing more.

As Dr. R. Albert Mohler Jr., president of Southern Seminary, pointed out, “The free exercise of our faith is not limited by the first amendment to merely teaching.” Their decision has no basis in law. Nonetheless, Mohler continues, “We’re being told that the Supreme Court of the United States in its ruling today ended the argument. The debate is over. Same-sex ‘marriage’ is now a fact.”

In his dissenting opinion, Justice Antonin Scalia summed up the Court’s breathtaking presumption: “Today’s decree says that my Ruler, and the Ruler of 320 million Americans coast-to-coast, is a majority of the nine lawyers on the Supreme Court.” This may be a gloomy time for Christianity, but it’s certainly not the worst Christians have seen (Hebrews 11).

Christ-followers have an opportunity before them to speak the truth in love to a culture that denies truth exists. Try as the court might to change it, God’s Word—and His definition of marriage—remains the same. 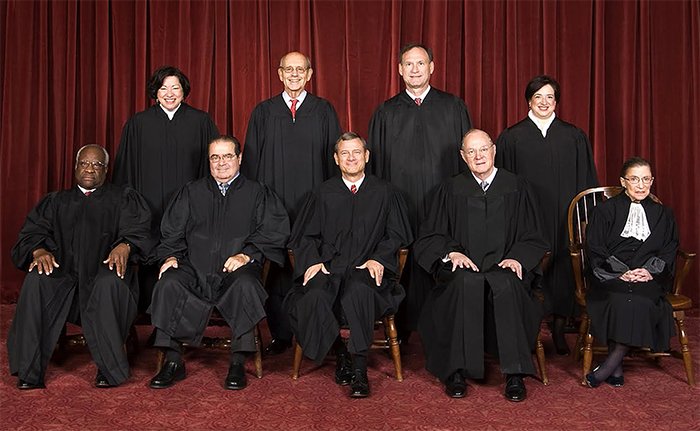 The US Supreme Court